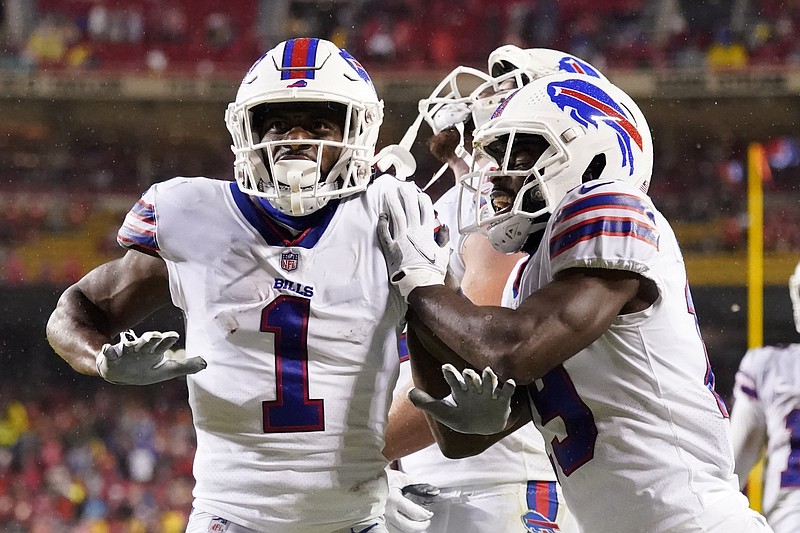 NASHVILLE, Tenn. -- Social media and video have made it impossible for the Buffalo Bills to forget their last game against the Tennessee Titans.

Derrick Henry stiff-arming Bills cornerback Josh Norman off his feet through the air literally was everywhere as a highlight or meme.

Time hasn't eased the memory either.

"We get reminded every time I see highlights," Bills Coach Sean McDermott said of that now infamous play. "I see that play and then, you know, look, give them credit. They outperformed us, they outcoached us, they outplayed us. They're a good football team."

The Titans added insult to injury by routing Buffalo 42-16 on only the second Tuesday night game since 1946, rescheduled because of Tennessee's covid-19 outbreak last season. The Bills chose not to forget that loss.

"You can learn from those experiences," McDermott said. "And we weren't very disciplined in that game, detail-oriented. We didn't take care of the football. I mean, it was like I told you, they outperformed us."

Now the schedule takes the Bills (4-1) to the second consecutive stop on their redemption tour. The Bills just routed the Chiefs 38-20 in Kansas City in a rematch of the AFC title game. This visit to Nashville offers a little payback while the Bills try to keep rolling in Monday night's showdown of divisional leaders.

Buffalo sits atop the AFC East having won four in a row. The Bills have both the NFL's highest-scoring offense and stingiest defense.

The Titans (3-2) aren't dealing with a covid-19 outbreak. Injuries are the problem, with 16 players on injured reserve but down to just 14 on this week's injury report. The defending AFC South champs are coming off a 37-19 win over the Jaguars.

Quarterback Ryan Tannehill sees this game as a huge opportunity.

"You love to go out there and be able to showcase what we are about," Tannehill said. "I think guys are excited. I am excited to go out and play in front of a packed house at home. There is not much better than that."

The 2020 AP NFL Offensive Player of the Year has some streaks on the line. He already has tied his career-long streak rushing for at least 100 yards in four consecutive games, and another would tie Eddie George's string of five in 1998.

If Henry runs for 110 yards and a touchdown against a defense ranked third against the run, he'll join Jim Brown (1963), Eric Dickerson (1983) and Terrell Davis (1998) as the only players with 750 yards rushing and eight rushing TDs in the first six games of the season. 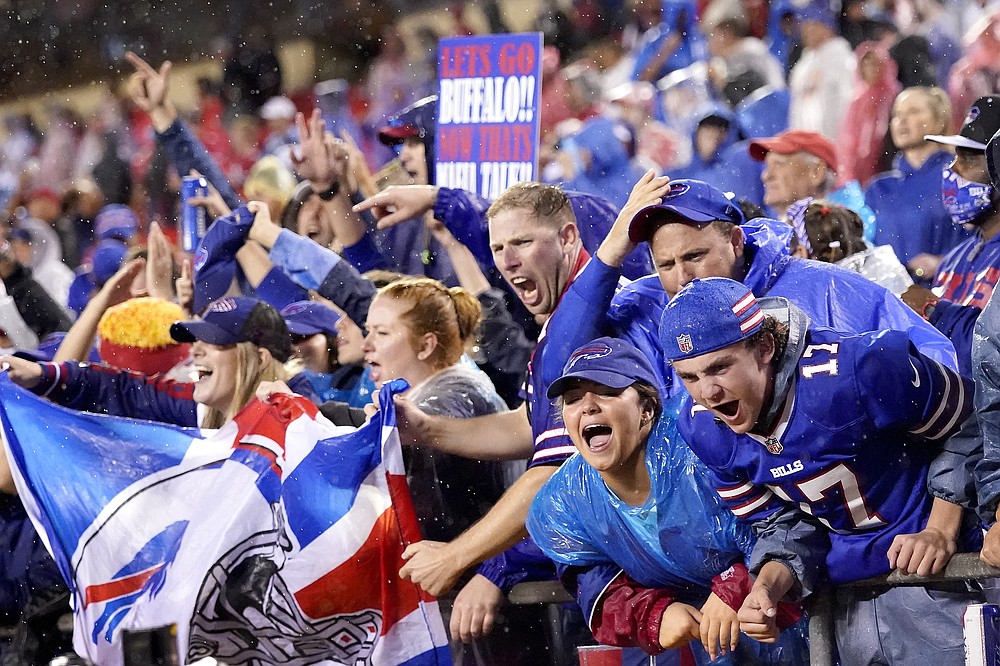 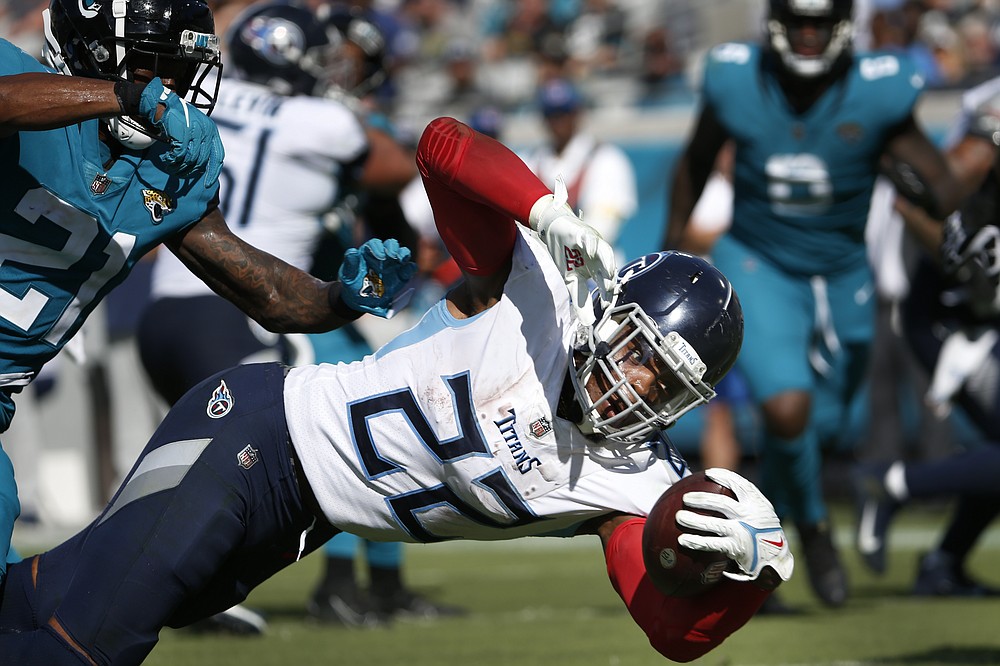 Tennessee Titans running back Derrick Henry (22) dives for a touchdown past Jacksonville Jaguars cornerback Nevin Lawson (21) during the second half of an NFL football game, Sunday, Oct. 10, 2021, in Jacksonville, Fla. (AP Photo/Stephen B. Morton) 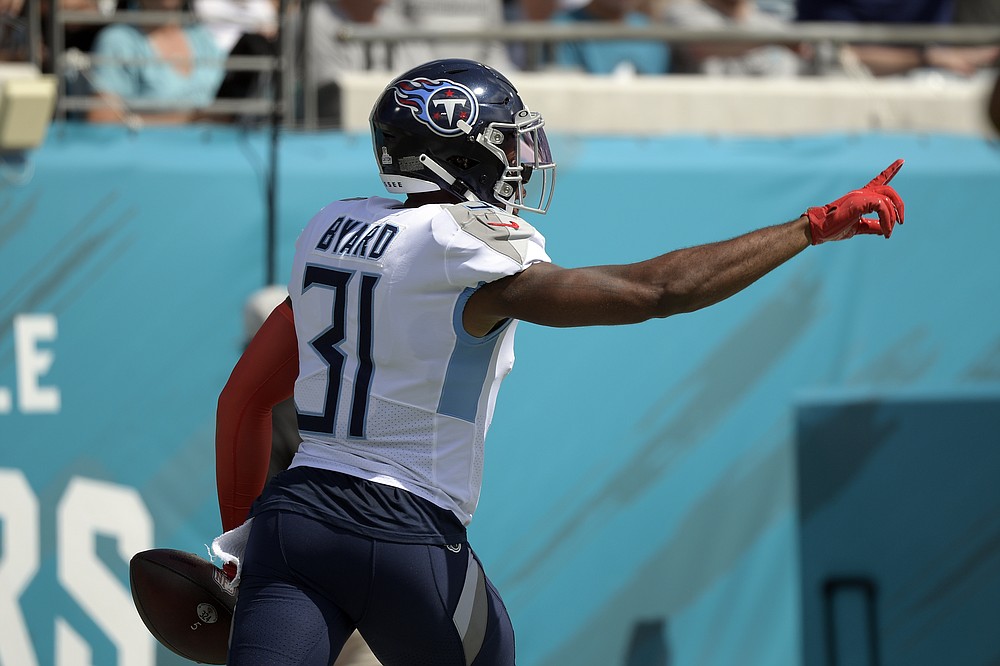 Tennessee Titans free safety Kevin Byard (31) celebrates after scooping up a Jacksonville Jaguars fumble and returning it 30-yars for a touchdown during the first half of an NFL football game, Sunday, Oct. 10, 2021, in Jacksonville, Fla. (AP Photo/Phelan M. Ebenhack) 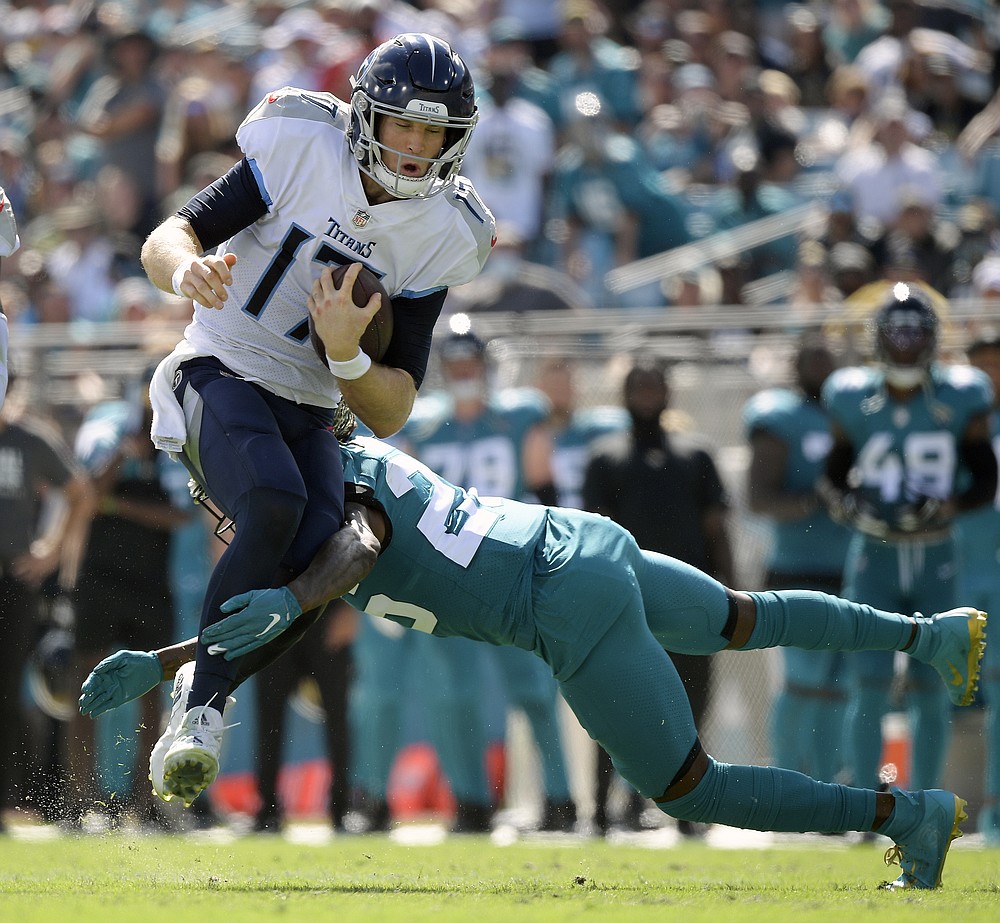