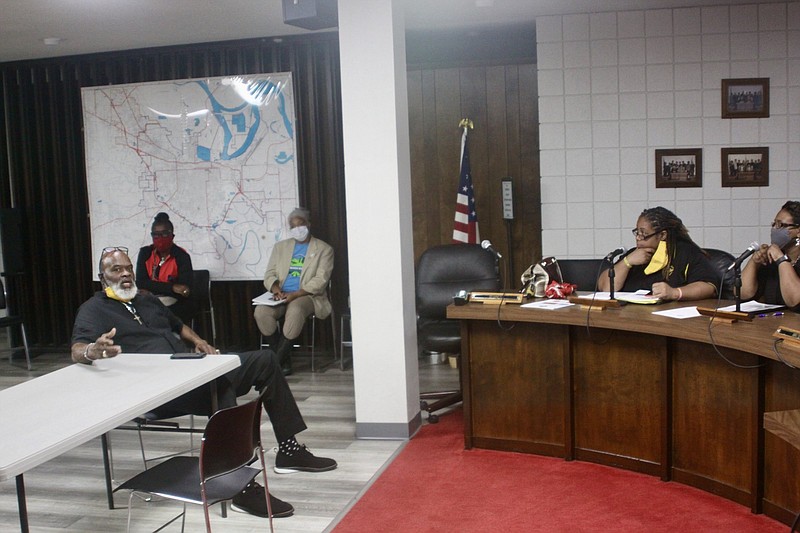 Young people who commit crimes are in the minority, but the ones who do break the law need help getting out of a cycle of criminal activity, officials say.

The members were introduced to one another by interim Police Chief Lloyd Franklin Sr., who said he felt the objective of both committees would complement each other's efforts and provide an opportunity for future collaboration.

Pastor John Smith, a Crime Advisory Commissioner who also works with the schools and law enforcement, said the at-risk students make up a small population of young people and that it's inaccurate to include all young people into one category.

"We have bounds of young people that are graduating," he said. "A small number want to fight, are rebellious, and want to live the gang and drug life."

Smith called them "perpetrators of crime" who still had the opportunity to change their behaviors.

"There are young men that want to get out of gangs but can't just say they are getting out," he said. "I had to find ways in order to transition them in a way that doesn't bring harm to them or their families."

Smith said he and other pastors are actively working with young boys but their work can't be publicized.

"We can't have any records or documentation because we are at ground level trying to do some things," he said.

He said a lot of the young men may have nonviolent crimes and "failure to appear" charges on their records. "Some can't get a job because they don't have identification or a driver's license," he said.

Smith said he wanted to implement a plan that would give offenders a clean slate so they could get the credentials they need to be able to get a job, especially for those who committed petty crimes that happened years ago.

"The decisions you make at 18 you won't make when you're older," said Smith. "Those are some of the things that we need to look at because the group that is perpetrating, you got to pull them out."

Led by chairman Grant Williams, the Pine Bluff Crime Advisory Commission was established to advocate for crime prevention and crime control. Their role is to advise the mayor and the City Council regarding programs and initiatives deemed worthwhile to reduce and prevent crime in the city.

The commission does not have any supervisory authority over the Police Department but works with law enforcement to target crime prevention.

"Each ward has a representative that is selected by the mayor and the City Council," said Williams. "We meet once a month to come up with solutions and suggestions to downsize crime. We present it to the mayor's office, then they take the corrective action."

Williams said the commission should be in the action phase but instead it has been idle because no action has been put forth to implement its suggestions.

He also said finances have prevented the group from moving forward with programs.

"We had a guy that came in and did a huge presentation of a program that would take inmates and put them on the street, but to fund and operate that program would cost about $60,000 a year for the whole team, and we didn't have funding," said Williams. "We need some grants and assistance."

The program focuses on suppression, intervention and prevention to deter at-risk youths from gang activity.

"That group works with at-risk," said Kymara Seals, a tri-chairman of the United Citizens of Pine Bluff group. "When we look at our families, our homes, our kids, these students are coming from all different kinds of backgrounds and all different home situations."

Seals, who is also a GRIP volunteer, said they wanted to address the root of the problem.

In a previous interview, Sergeant said the program was not about arresting young people but finding ways to help them by becoming more involved in the home life of the individual and providing counseling.

The United Citizens of Pine Bluff and the Pine Bluff Crime Advisory representatives said they felt a future partnership between the two would be vital for the community as they come up with solutions to combat crime.

Williams said the Pine Bluff Crime Advisory Committee meets the last Thursday of every month in the City Hall chambers from 10-11 a.m., and the meetings are open to the public. 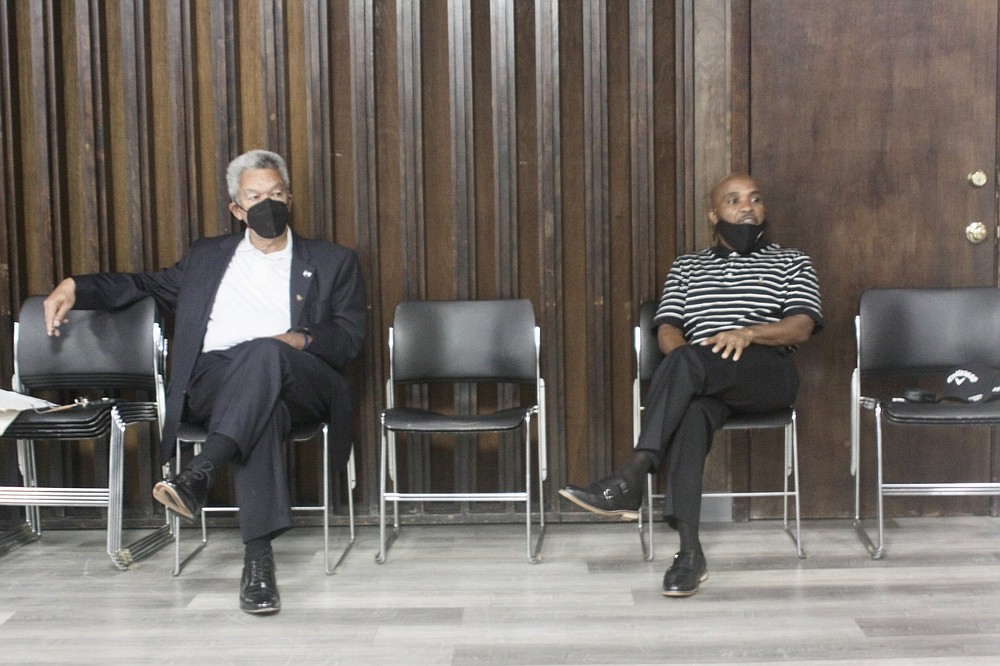