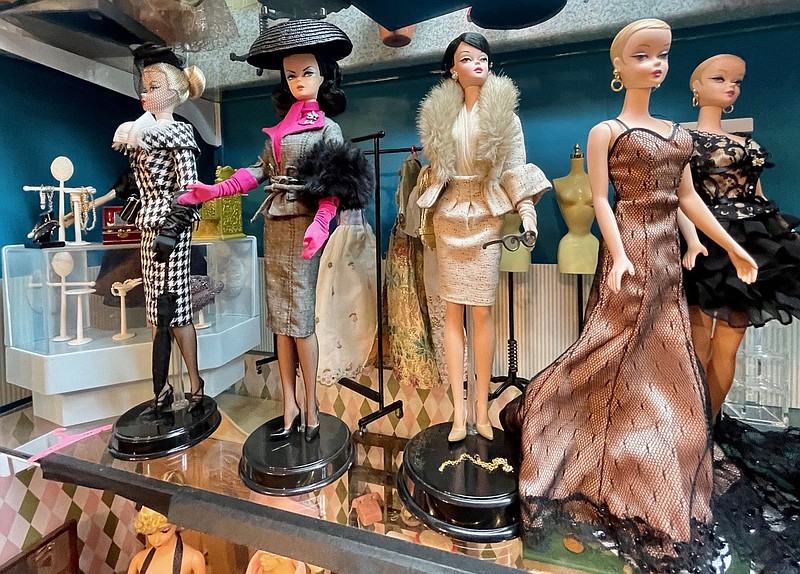 Barbie was first manufactured in 1959 by toy company Mattel Inc., and over 1 billion of the dolls have sold over the past six decades. (Special to NWA Democrat-Gazette/John Rankine)

We all have something -- or somewhere -- that fires up the serotonin just by holding it or seeing it: the woods where you grew up playing hide and seek, a cabinet full of your mother's old copper cookie cutters, the room in your house that makes you feel the most peaceful. In the feature "My Favorite Things," we invite Northwest Arkansans to share those special things or places that bring them joy.

This week, we're lucky enough to take a closer look at designer Mark Hughes' incredible vintage Barbie doll collection. Hughes, a Eureka Springs resident, has been sewing since he was a child. He spent 25 years designing for regional theater and now designs and sews for his company, Regalia Handmade Clothing, which includes Bing Bang Boomerang, a line of vintage-inspired handmade fashions.

What I collect: Vintage Barbie dolls, clothing, accessories from the 1960s.

How/when/why the collection began: When I was a kid I asked for Barbies because I wanted to sew, and she was going to be my mannequin. What my parents bought their little boy was a GI Joe astronaut doll. I cut a hole in his parachute to make him a skirt and was twirling him to see how the fabric moved when my parents came back into the room. The next day I was taken the Sterling store in Little Rock to pick out my first Barbie. I took her to family gatherings, and my grandmother would let me play with her sewing basket and fabric scraps. She would say: "Someday, he's going to do something with that skill." I've supported myself as a seamstress in some form or another all my life. I began collecting as an adult about 20 years ago, for nostalgic reasons.

What appeals to you about these items? They take me back to my childhood and a time when quality items were produced, not just toys. My childhood dolls were from the Mod era and I remember standing in the store thinking how cheaply they were being made, compared to my best friend's dolls and clothes, which were handed down by her older sister. The '60s clothes were fully lined, had tiny zippers, snaps, buttons and patterning details that amaze me to this day. The reason there are so many vintage Barbies still around is that she was treasured by the child and taken care of; $3 for a doll and $5 for an outfit was a lot in those days. It was couture for children, and the doll was a grownup, unlike all the baby dolls of the time. A child could imagine themselves as a fashion model, college student, or bride and save the mommy/caregiver role for later.

What's the most expensive item in the collection? Barbie has moments in her production history where Mattel was trying something new and maybe didn't make many of a certain doll. Those rare items tend to be very collectible, and therefore valuable. I once bought a doll at a flea market that I knew was prized for one feature but unbeknownst to me she had a rare detail within the feature. ... When I shared a photo of her on a Facebook collector page, several people offered me as much as $2,000. I didn't sell.

Where do you find most of the items in your collection? Flea markets? Thrift stores? Estate sales? Yes to all the above. I've stopped buying on eBay because collectors set the value, and I don't want to pay the highest price, now that I have most of what I wanted. I enjoy finding them in the wild -- at thrift stores, flea markets and estate sales, because it's more fun to "treasure hunt." But my favorite way is when they are gifted or sold to me by the original owner who heard I collected. Then I get to see what a child had chosen with their allowance, or gotten from Santa. I love to hear their stories about how they played, who made clothes for them, and how they treasured them. I like to see what they had as a collection, and I can tell by the condition how much they were loved.

Is there "one that got away" – i.e., one you passed up and regretted not buying? Not really, but there are quite a few I regret getting rid of.

Is your collection finished, or ongoing? If ongoing, will it ever be finished? I'll probably never stop, but I have slowed down considerably as I acquire more than I can display.

Is there a white whale you're after? The "Holy Grail" for every Barbie collector is the very first version of the doll issued in 1959, which not many of were made. In the first year of production, Mattel redesigned her several times to correct design flaws, so the first thing you learn as a collector is the subtle changes that identify a "First Issue" versus a No. 2, 3, or 4. Many people think they have the first one if she's wearing a black and white striped swimsuit, but the fun is being able to pinpoint which part of 1960 it really came from.

What do people say about your collection? "Wow!" "Oh, that's the one I had!" "How many are there?" "Have you lost your mind?"

Will you ever run out of room for your collection and, if so, do you have a plan in that event? Get a bigger house.

What else do you collect? Plaster kitchen string holders from the 1930s and '40s. Vintage buttons. Dogpatch paraphernalia. Miniature sewing mannequins from wartime 1940s.

Got something you treasure? Or a friend who has the best collection ever? Send your story suggestions to Lara Hightower at lhightower@nwadg.com. 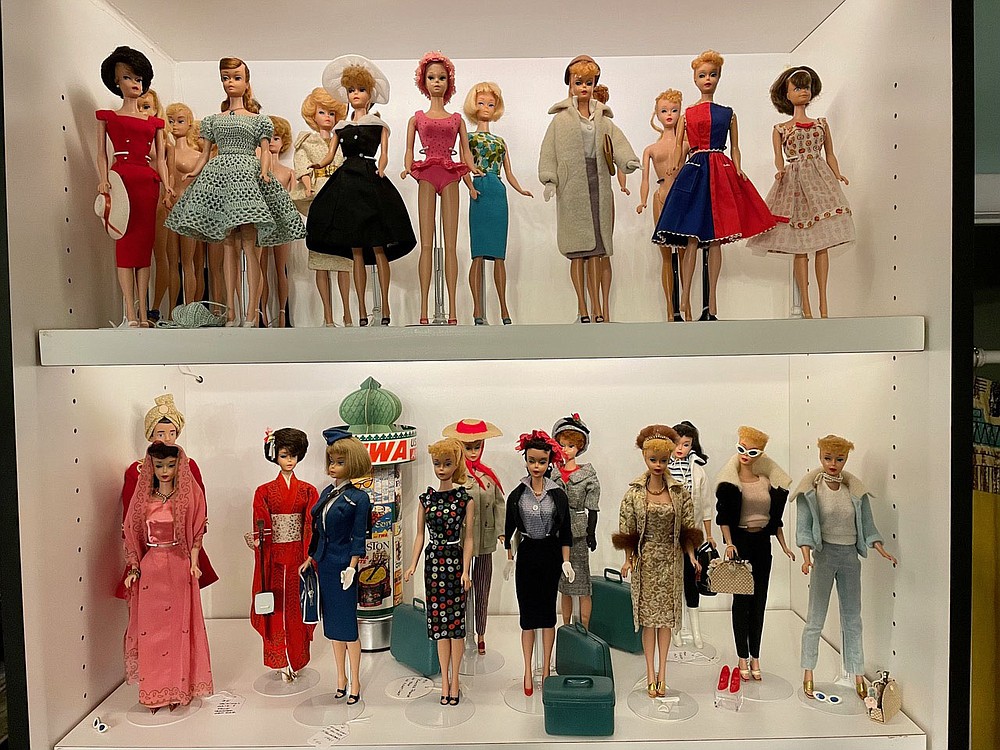 If Hughes ever runs out of room for his collection, he says, he will just “get a bigger house.” (Special to NWA Democrat-Gazette/John Rankine) 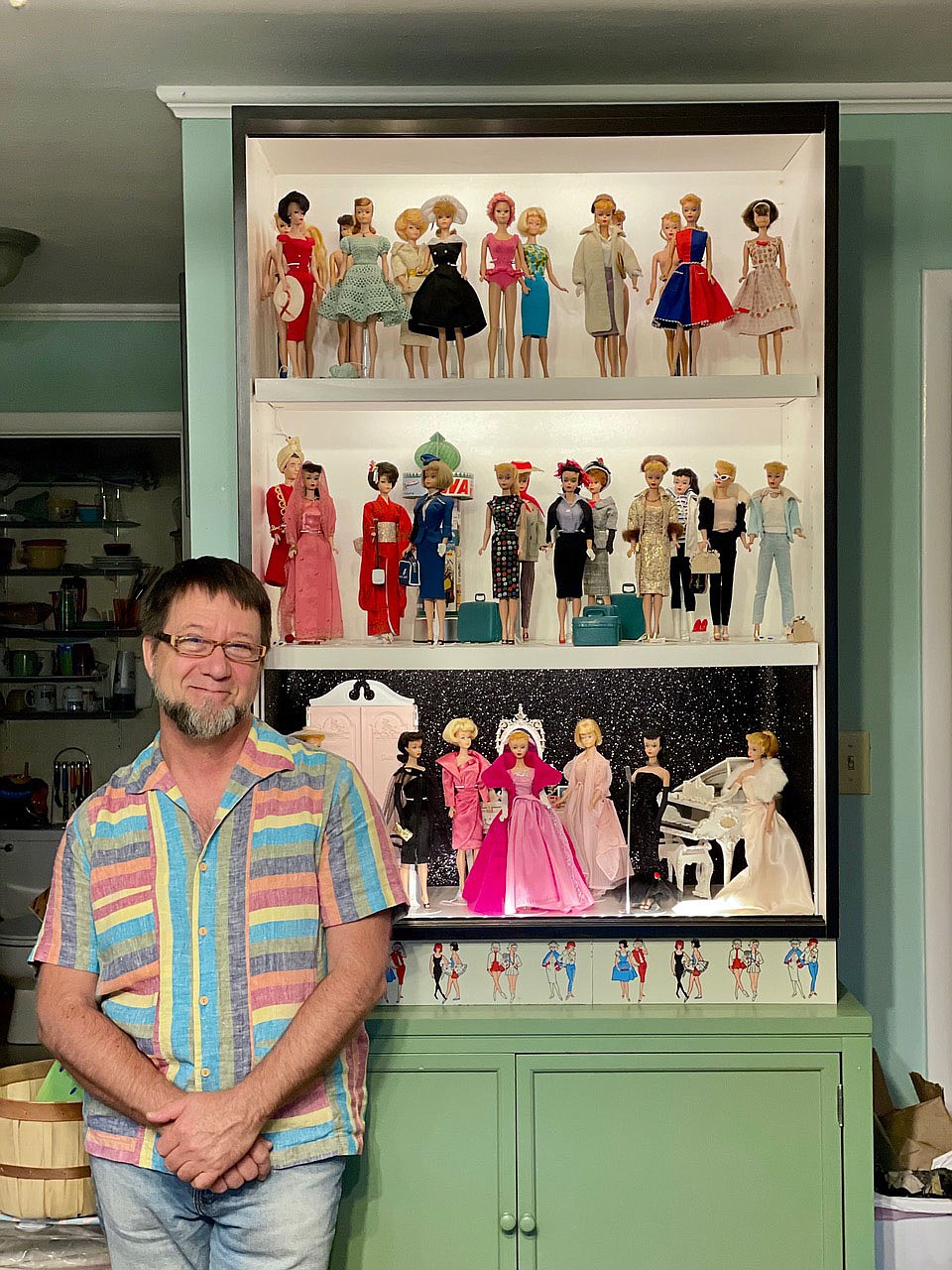 Designer Mark Hughes received his first Barbie Doll when he was a child. She became his mannequin, and his design career was born as he fashioned clothing for her from the scraps in his grandmother’s sewing basket. For the past 20 years, he’s collected the vintage dolls, out of nostalgia, he says. (Special to NWA Democrat-Gazette/John Rankine) 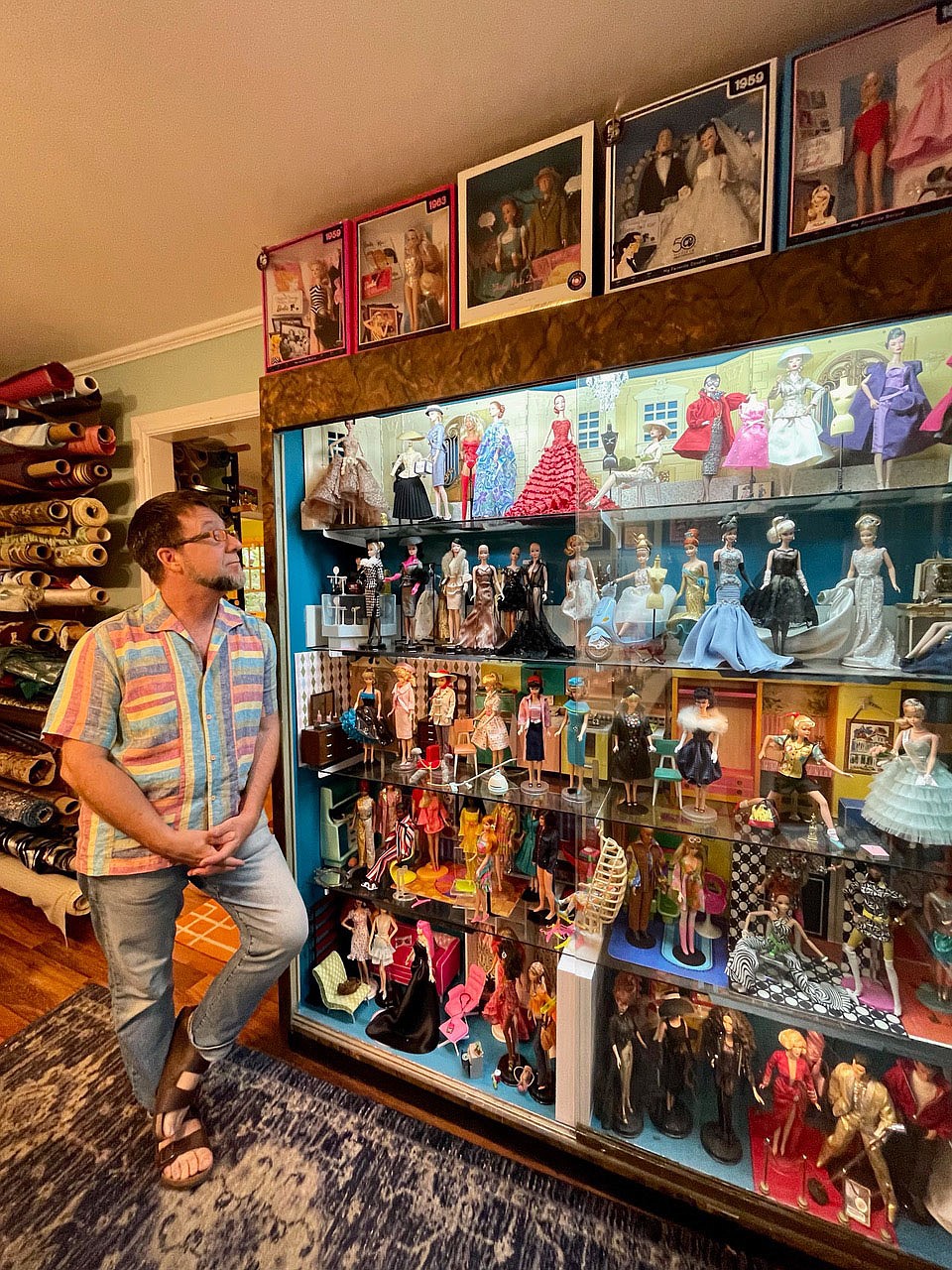 “They take me back to my childhood, and a time when quality items were produced, not just toys,” says Hughes of his collection. (Special to NWA Democrat-Gazette/John Rankine)
More News

Mark Hughes is always on the lookout for people willing to part with their childhood toys. Contact him at Regalia Handmade Clothing, (479) 253-2202.