New curator at Arts and Science Center shares her goals 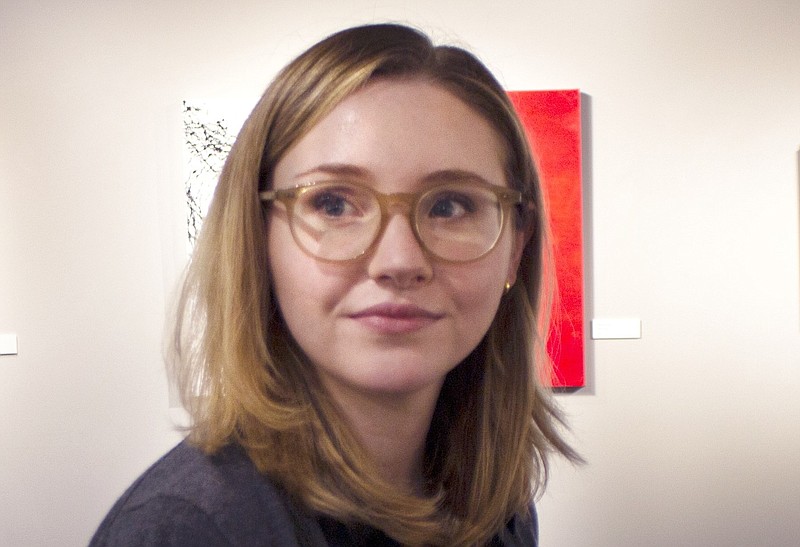 Jessica Lenehan, shown in this undated photo, was named the new curator of collections and exhibitions at the Arts and Science Center for Southeast Arkansas in September 2021. (Special to The Commercial)

Jessica Lenehan's goals are simple -- to welcome more visitors and artists to the Arts and Science Center for Southeast Arkansas.

As ASC's new curator of collections and exhibitions, her goals also include starting meaningful and relatable conversations -- both heavy and lighthearted -- and to be as diverse in exhibits as possible.

And perhaps uncover a few overlooked artistic gems along the way.

"It was an opportunity for me to show them what I can do. ... It was a great experience," Lenehan said.

Crystal Jennings, the art league's digital media specialist, said it was a pleasure to work with Lenehan on the Pine Bluff Art League's 2021 Exhibition. This year's annual event featured 21 pieces.

"It was beautifully curated and hung, making for an exceptional show," Jennings said.

With the art league exhibit behind her, Lenehan is working on an exhibit by Puerto Rican-born artist Virmarie DePoyster. It opens Oct. 28.

The North Little Rock artist describes Lenehan as smart, talented and able to understand her own exhibition goals and help her with "focus and direction."

Lenehan isn't new to the art world, but the Paragould native comes to the ASC with a lifetime of related endeavors and education.

Her grandmother, Marie George, was a high school art teacher for more than 25 years, and Lenehan said, "Basically, I started life as an artist."

George would show her granddaughter that art was a viable career, but Lenehan's original plan was to teach at a university.

"She always volunteered her time to her students and her community, and I definitely learned by watching her how impactful art can be in people's lives," she said of her grandmother.

However, when entering the Arkansas State University at Jonesboro, Lenehan resisted pursuing a straight art degree.

"I went through a number of different majors before landing on painting," she said.

She graduated from ASU in 2014. After that, Lenehan earned a master of arts degree in public history, with emphasis in museum studies at the University of Arkansas at Little Rock in 2018.

As a graduate student, Lenehan worked at the Clinton presidential library and museum at Little Rock for two years.

For the approximately three years, she was the assistant curator at the Historic Arkansas Museum at Little Rock.

"I helped curate and design their most recent exhibit, 'Conspicuous Consumption,"' Lenehan said.

It is currently on display.

Jennings said she is looking forward to working with Lenehan on future art league exhibits.

"Given her experience at the Historic Arkansas Museum, Jessica will be a huge asset to ASC. I look forward to seeing what she brings to ASC," Jennings said.

Her background in painting, coupled with history and museum studies appears to be a perfect blend for ASC.

"We're excited to have someone of her caliber on staff," said Rachel Miller, ASC's executive director. "She brings great experience with exhibitions in collections' care."

Her work at the Historic Arkansas Museum and the Clinton Library was "impressive and we are happy to have her," Miller said.

Lenehan said she is excited about this opportunity.

While following ASC's guiding philosophy of highlighting and collecting Arkansas and Delta artists of all races, Lenehan said she would like to build on the work that's gone on before her tenure.

Although covid-19 is still slowing the reopening of many institutions, including the ASC, Lenehan isn't letting that stand in the way of getting her job done and achieving her goals.

In the near future, she hopes to reach out to artists throughout Southeast Arkansas and feature more of their work, as well as welcoming visitors.

These include possibly more diverse cultures that are now living and working in Arkansas like Puerto Rican artist DePoyster, or a Pine Bluff artist who is selling his work but has not yet had an exhibit or show in an art gallery or museum.

Lenehan feels she's up to the challenge. When Lenehan took a tour of the ASC campus before her hire, including the ARTSpace, she was intrigued by the large glass garage door at the front of the newly renovated building on Main Street.

It seems like a simple garage door, but "When it's opened, it seems to say, 'Come on in.' I want to capture that feeling. To invite all, all of Southeast Arkansas in," Lenehan said.