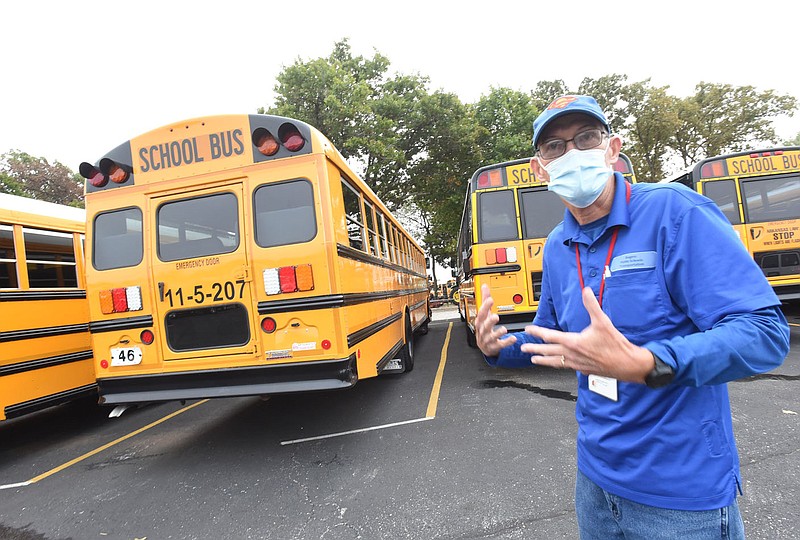 A lack of staff has Northwest Arkansas school districts struggling to transport students, to serve them meals and to keep schools clean.

"Every time we have to cover for a position that's not filled, it does have an impact on other classrooms or other positions in the district," said Greg Mones, Fayetteville School District human resources director.

The pandemic is often a factor for people choosing not to work within schools at this time, he said.

"The largest challenge in filling these positions is making sure that we're competitive with the labor market that we have in the business and private sector," Davis said.

School districts often compete with businesses such as Walmart or McDonald's that pay at least $15 per hour, he said.

Pay for custodians in Fayetteville ranges from $12 to $24.56 per hour, and Rogers bus drivers earn from $17,085 to $23,949 annually, according to district pay scales. Bus drivers are required to have a commercial driver's license, administrators said.

The Northwest Arkansas Fayetteville-Springdale-Rogers census area had an unemployment rate of 2.7% as of Sept. 29, a decrease from the pandemic high of 7.6% in April 2020, according to the U.S. Bureau of Labor Statistics.

The U.S. Department of Labor reported 4.3 million people quit jobs in August -- about 2.9% of the workforce, according to data released Tuesday. That total is up from the record set in April and nearly matched in July of about 4 million people quitting.

Bentonville has 15 open bus driver positions. Fayetteville has 50 openings, Springdale has 30 and Rogers has six, administrators said. The Fort Smith School District had two positions advertised on their website as of Oct. 7.

"We could use an unlimited number of substitutes," Mones said of drivers who cover shifts when others are ill.

Bentonville students have arrived at school up to an hour late because of driver shortages, Sharp said. She noted drivers are doubling up on routes to get students to school.

"Our schools do have staggered start times, so that helped us out a little bit in kids not being too late to get there," Mones said. "We are managing. It's not easy."

"Coaches, teachers, principals and even our director of transportation has a bus route," he said.

"When students are in school, they're learning and having fun, building relationships with friends and they're being fed every day," he said. "A bus driver shortage puts all of this potentially at risk because of the pressures it's putting on our families to adjust their schedules to ensure their students get to school."

Jennifer Keith, 46, said she has two children who attend Springdale schools who had their bus canceled because of driver shortages three days earlier this month, forcing her to come up with a plan to get them to and from school.

Keith is a single mother who is self-employed as an electrical engineer, she said. Waits of up 20 minutes to more than an hour in the school drop-off and pickup lane are inconvenient for her children and interfere with her job, she said.

"I just tell them they're gonna have to wait there for an extra 20 minutes or so, so that I don't have to sit in the car line," Keith said. "I'm on my computer all day, so I definitely can't be doing that while I'm driving."

"We're shortening other kitchens by one employee to cover the worst deficit," he said of schools sharing staff members. "We had to reduce the menu a couple of times to one choice to simplify it."

Rogers has five openings on its child nutrition staff, Bentonville has 18 openings, Fayetteville has 14 openings and Springdale has 11 openings, administrators said. Fort Smith had four open positions on its website as of Oct. 7.

A variety of other support positions are open in school districts such as custodial staff, substitute teachers, transportation aides, before- and after-school staff and nursing assistants, administrators said.

School districts are often one of the largest employers in a city, but often get overlooked by job seekers who don't consider the many positions available within schools beyond teaching, Mones said.

Northwest Arkansas' five largest school districts combined employ more than 10,000 people, according to administrators. Springdale, the largest district in the state, accounts for about 3,000 of those employees.

The Rogers School District also ranked No. 1 on Forbes' list of the best employers in Arkansas for 2021, Hill said.

The survey, released in August, lists 25 employers for Arkansas. The survey ranked the top three to 101 employers in each state, depending on the size of its workforce, according to the survey report. The Bentonville School District ranked fourth on Forbes' list.

Working in support of youth may also have personal benefits, Jones said.

"There is something beautiful about serving children in your community," he said. "It's enriching." 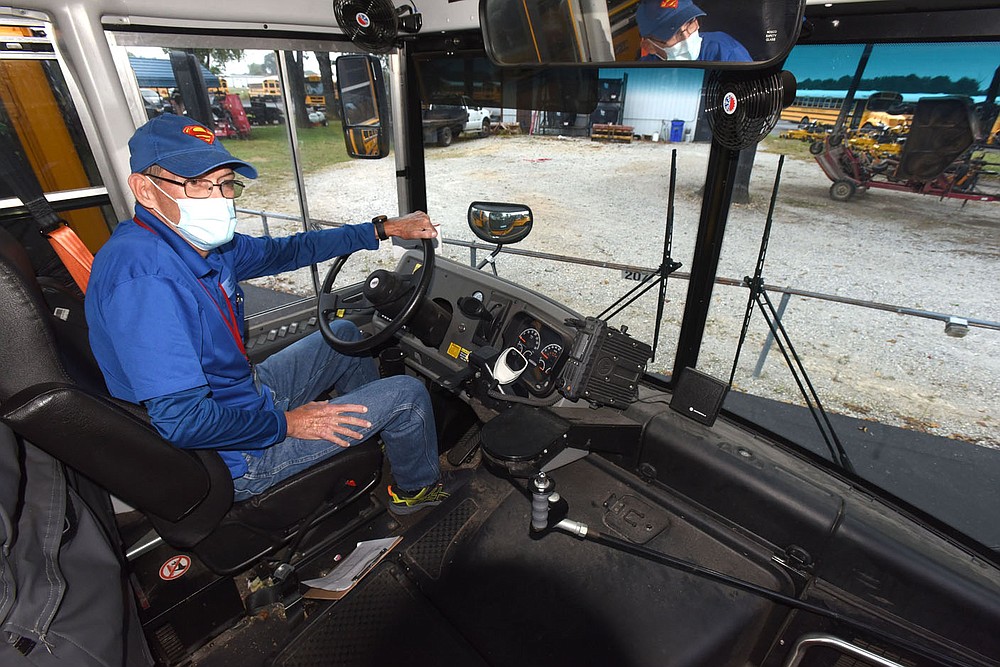 Lee Stubblefield sits on Wednesday Oct. 6 2021 behind the wheel of bus No. 46, the bus he drives for the Rogers School District. Stubblefield has been a school bus driver for 28 years. (NWA Democrat-Gazette/Flip Putthoff)
More News

Information on the pay scales for Northwest Arkansas’ largest school districts is available at: