Timeline of killings with bow and arrow, suspect’s apprehension raises questions by The Associated. Press | October 17, 2021 at 3:50 a.m. 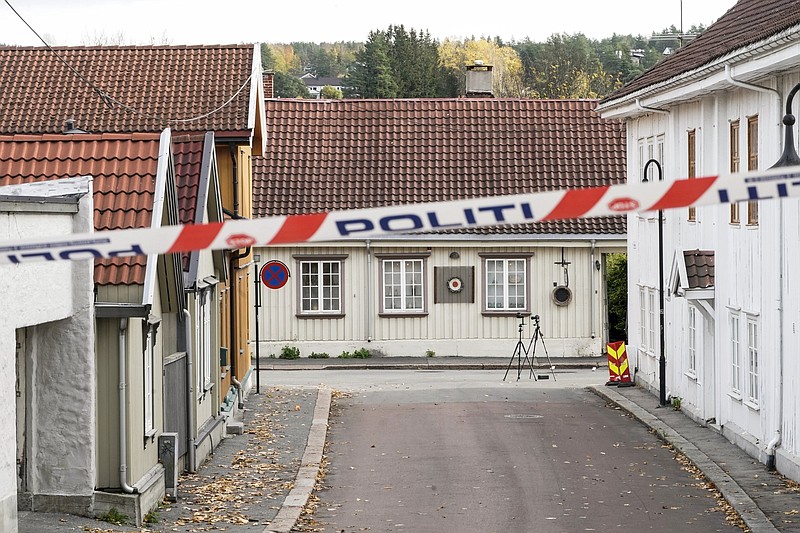 The cordoned-off area of the scene involved in the bow and arrow attack, in Kongsberg, Norway, Friday, Oct. 15, 2021. The suspect in a bow-and-arrow attack that killed five people and wounded three in a small Norwegian town is facing a custody hearing Friday. He won?t appear in court because he has has confessed to the killings and has agreed to being held in custody. (Terje Pedersen/NTB via AP)

HELSINKI -- Norway announced Saturday that it will hold an independent investigation into the actions of police and security agencies after a bow-and-arrow attack that killed five people and injured three others.

Police have been criticized for reacting too slowly to contain the massacre, acknowledging that the five deaths took place after police first encountered the attacker.

Norway's domestic intelligence agency, PST, disclosed that it decided to seek the review after consulting with the country's national and regional police commanders about the attack Wednesday night in the southern town of Kongsberg. A 37-year-old local resident who police said has admitted to the killings has been detained and is undergoing psychiatric evaluation.

"Given the seriousness of the matter, it is very important that learning points and any weaknesses and errors are identified quickly in order to be able to implement measures immediately," a PST statement read.

Norwegian media have questioned how long it took officers to apprehend suspect Espen Andersen Braathen after the regional police department received reports about a man shooting arrows at a supermarket. According to a police timeline, the first information on the attack was logged at 6:13 p.m. and Andersen Braathen was caught at 6:47 p.m.

Authorities haven't revealed what precisely happened within that 34-minute period.

In general, police officials say the first officers on the scene observed the suspect but took cover and called for reinforcements when arrows were fired at them.

The officials have acknowledged the armed suspect got away and then likely killed the five victims outdoors and inside some apartments.

Norway is one of the few dozen countries in the world where law enforcement officers don't automatically carry guns, though they have a rapid access to guns and other weapons, depending on the situation.

Authorities in a statement said police were unarmed during their first encounter and armed during later encounters with Andersen Braathen. They said one of the wounded was an off-duty police officer struck inside the supermarket, and that all the wounded have been released from the hospital.

The suspect was known to police before the deadly attack. Norwegian public broadcaster NRK reported that PST security officials received information about Andersen Braathen in 2015 and agents interviewed him in 2017 to determine if he posed a threat. The following year, the agency contacted Norwegian health authorities about him and concluded that he suffered from a serious mental illness, NRK reported.

The VG newspaper also reported that the agency thought Andersen Braathen might carry out a "low-scale attack with simple means in Norway." Norway's domestic intelligence agency did not comment on that report.

Police said Saturday that their suspicion that the suspect's apparent mental illness caused the attack had strengthened further, while Andersen Braathen's statement of being a convert to Islam had become a less important investigation line.

Justice Minister Emilie Enger Mehl has so far not commented on the police handling of the attack.

"Now, it is important that the police get a review and investigate the matter thoroughly," she told the Swedish public broadcaster SVT.

Crown Prince Haakon and Crown Princess Mette Marit will visit Kongsberg on Sunday and attend a memorial service for the victims at the town's main church. 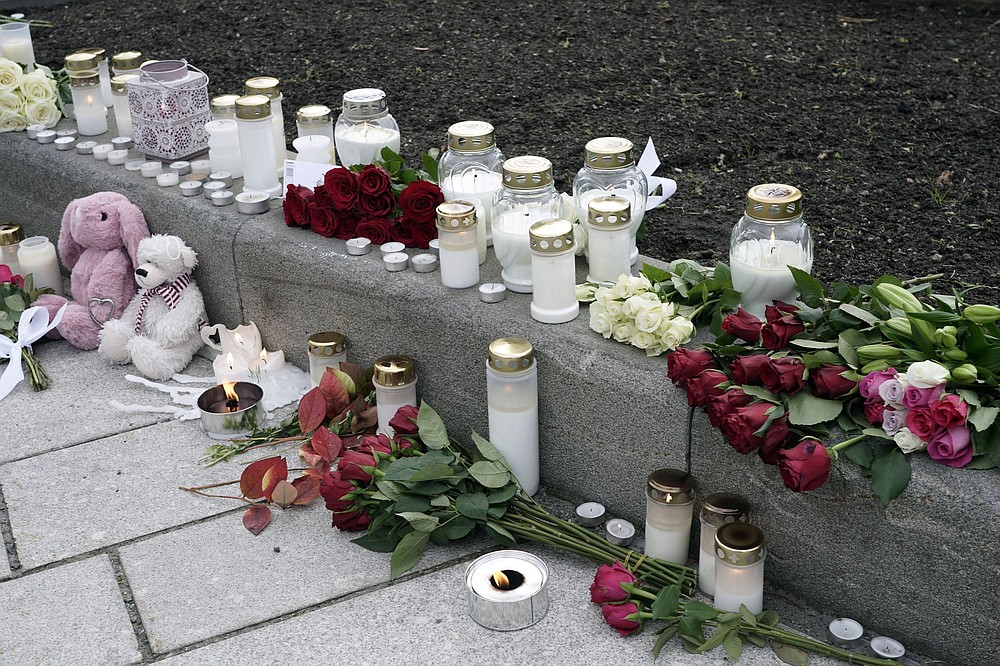 Flowers and candles were left after a man killed several people, in Kongsberg, Norway, Thursday, Oct. 14, 2021. Police in Norway are holding a 37-year-old man from Denmark suspected in a bow-and-arrow attack in a small town that killed five people and wounded two others. (Terje Pedersen/NTB via AP)