Judges see faults in defendants’ decisions to self-represent by The Associated Press | October 18, 2021 at 3:46 a.m. 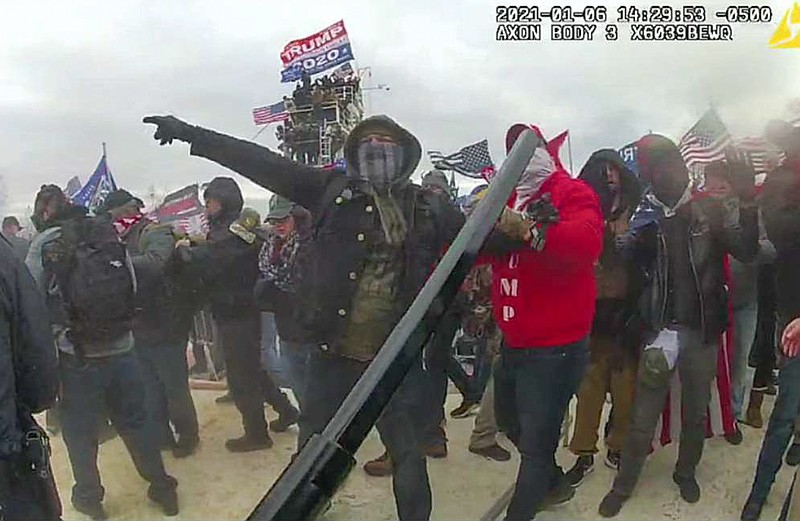 This image, from the criminal complaint, shows a Brian Christopher Mock, center, in an image captured in police body worn video on the West Front of the U.S. Capitol in Washington, on Jan. 6, 2021. Mock is one of at least five people charged in the riot at the U.S. Capitol on Jan. 6 who have chosen to defend themselves in court, brushing aside federal judges' repeated warnings about the risks of trying to navigate their high-stakes cases without an attorney. (Justice Department via AP)

Some of the defendants charged in the storming of the U.S. Capitol are turning away defense lawyers and electing to represent themselves, undeterred by their lack of legal training or repeated warnings from judges.

That choice already has led to some curious legal maneuvers and awkward exchanges in court.

A New York man charged in the Jan. 6 insurrection wants to bill the government for working on his own case. A Pennsylvania restaurant owner is trying to defend herself from jail. A judge told another New Yorker that he may have incriminated himself during courtroom arguments.

The right to self-representation is a bedrock principle of the Constitution. But a longtime judge cited an old adage in advising a former California police chief that he would have "a fool for a client" if he represented himself.

The decision by at least five defendants to defend themselves is bound to create a host of challenges, particularly for those behind bars. They risk getting themselves in more legal trouble if they say the wrong thing in court.

They have to sift through the mountain of evidence investigators have collected in the attack. And the strategy is already testing judges' ability to maintain control of their courtrooms.

"I would never represent myself if I were charged with a crime," U.S. District Judge Royce Lamberth told Alan Hostetter before allowing him to handle his own defense against riot charges. The judge warned the ex-police chief that he has never seen anyone successfully represent himself since his appointment to the bench in 1987.

Hostetter was arrested in June along with five other men on charges that they conspired to stop Congress from certifying Joe Biden's victory in the presidential election. The indictment links four of Hostetter's co-defendants to the Three Percenters, a wing of the militia movement.

Hostetter, who began teaching yoga after more than 20 years as an officer, told Lamberth that the "corruption of this investigation" is one reason he wants to represent himself. His finances also were a factor.

"I believe that it's a governmental strategy and tactic that if they can't convict you, they at least want to bankrupt and destroy you," Hostetter said.

Video shows Fellows, who was photographed wearing a fake orange beard during the riot, with his feet propped on a table in the office of Sen. Jeff Merkley, D-Ore. Fellows was locked up this summer for missing a mental health evaluation appointment and harassing a probation officer.

Fellows took the stand to argue for his release, brushing aside warnings from the judge that he could open himself to perjury charges if he testified.

In doing so, Fellows may have compounded his legal troubles.

Fellows told McFadden that he used what he described as a "loophole" he had read about online to disqualify a different judge overseeing an unrelated case in New York. Fellows said he listed a phone number for that judge's wife as his own number in court records to make it appear that he knows the woman.

Fellows said he also asked the public defender who represented him before he rebuffed counsel in the riot case if he should try to get McFadden replaced by contacting the judge's family, but the lawyer warned him that would get him arrested.

In denying Fellows' bid for release, McFadden told Fellows that he admitted to likely obstructing justice in the New York case and considering it in his riot case.

McFadden, who was nominated by President Donald Trump, also jailed self-represented defendant Pauline Bauer last month for failing to comply with court orders to cooperate with probation officers during her pretrial release.

Bauer was arrested in May along with a friend who joined her at the Capitol. Video from a police officer's body camera captured Bauer saying to bring out House Speaker Nancy Pelosi, D-Calif., to be hanged, the FBI says.

Bauer, who owns a restaurant in rural Kane, Pennsylvania, has repeatedly interrupted the judge during hearings. She also has argued in vain that the court doesn't have any jurisdiction over her, expressing an ideology that appears to comport with the "sovereign citizens" extremist movement.

During a July 19 hearing, Bauer told McFadden that she doesn't want "any lawyering from the bench." When the judge denied her request to dismiss her charges, she asked, "On what terms?"

"You don't get to demand terms from me," replied McFadden.

McFadden appointed lawyers to serve as standby counsel for Fellows and Bauer and assist at the defendants' request.

After U.S. District Judge Randolph Moss ruled last month that Eric Bochene can represent himself, the upstate New York man submitted a "fee schedule" in which he appeared to be attempting to create a structure for him to collect fees for working on his own case.

The filing indicates he wants to charge up to $250,000 for spending two hours in court if he feels he is appearing "under protest and duress" and $50,000 if he is there voluntarily. A "forced giving of bodily fluids" carries a $5 million charge under Bochene's billing schedule.

The judge denied the request, noting that Bochene hasn't been ordered to take any actions requiring payment. "Furthermore, to the extent Defendant is seeking payment for appearing in Court, that argument lacks merit," said the judge's terse order.

A fifth riot defendant, Brian Christopher Mock, began representing himself last month after having an assistant federal public defender as his attorney, court records indicate. A tipster told the FBI that Mock bragged about assaulting police officers and destroying property at the Capitol after he returned home to Minnesota.

More than 640 people have been charged in the riot. Several cases already have been resolved with sentencing ranging from probation to jail terms of less than a year. Some defendants charged with the most serious offenses -- including conspiracy cases against extremist group members -- could face years in prison if convicted.

It can be a challenge for judges to maintain their composure and control of their courtrooms when a defendant isn't represented by a lawyer. 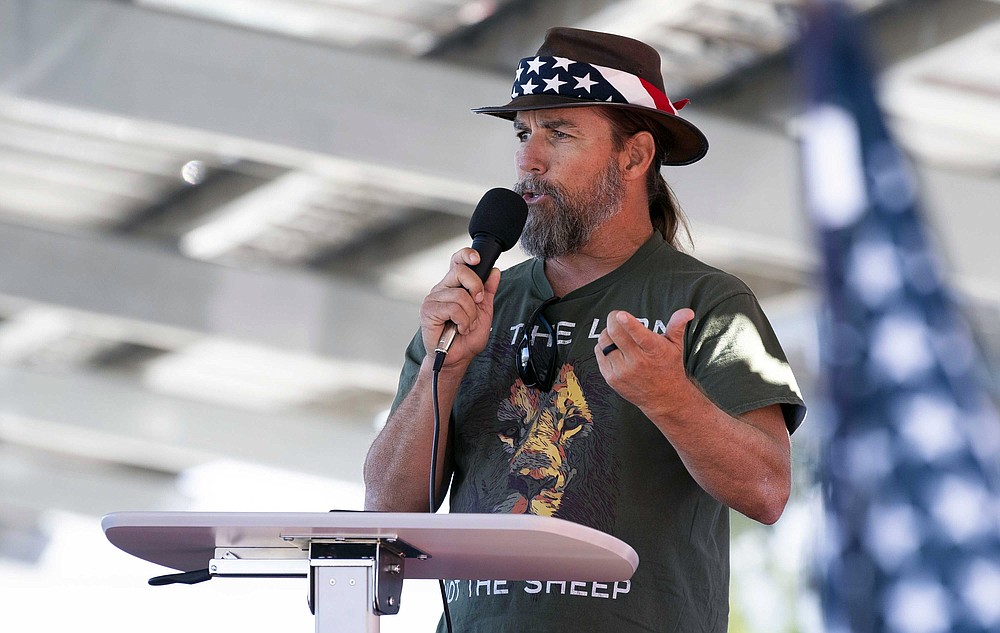 FILE - In this Nov. 9, 2020, file photo, Alan Hostetter speaks during a pro-Trump election integrity rally he organized at the Orange County Registrar of Voters offices in Santa Ana, Calif. Hostetter is one of at least five people charged in the riot at the U.S. Capitol on Jan. 6, 2021, who have chosen to defend themselves in court, brushing aside federal judges&#x2019; repeated warnings about the risks of trying to navigate their high-stakes cases without an attorney. (Paul Bersebach/The Orange County Register via AP) 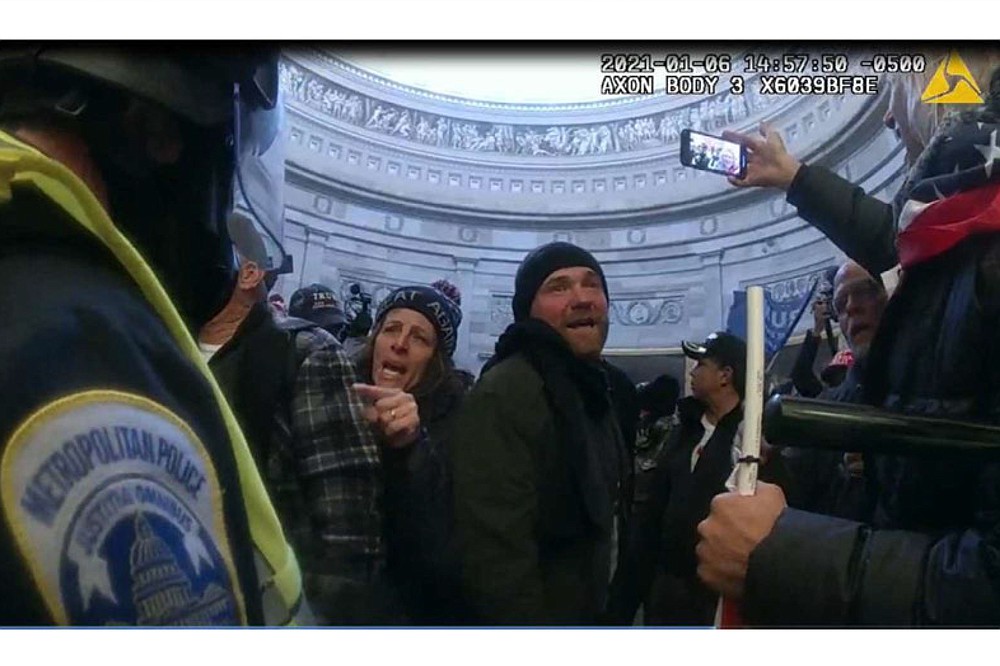 This image from Metropolitan Police Department body worm camera video and contained in the Statement of Facts supporting an arrest warrant for Pauline Bauer, pointing second to left, taken in the Rotunda of the U.S. Capitol on Jan. 6, 2021, in Washington. Bauer is one of at least five people charged in the riot at the U.S. Capitol on Jan. 6 who have chosen to defend themselves in court, brushing aside federal judges&#x2019; repeated warnings about the risks of trying to navigate their high-stakes cases without an attorney. (Justice Department via AP) 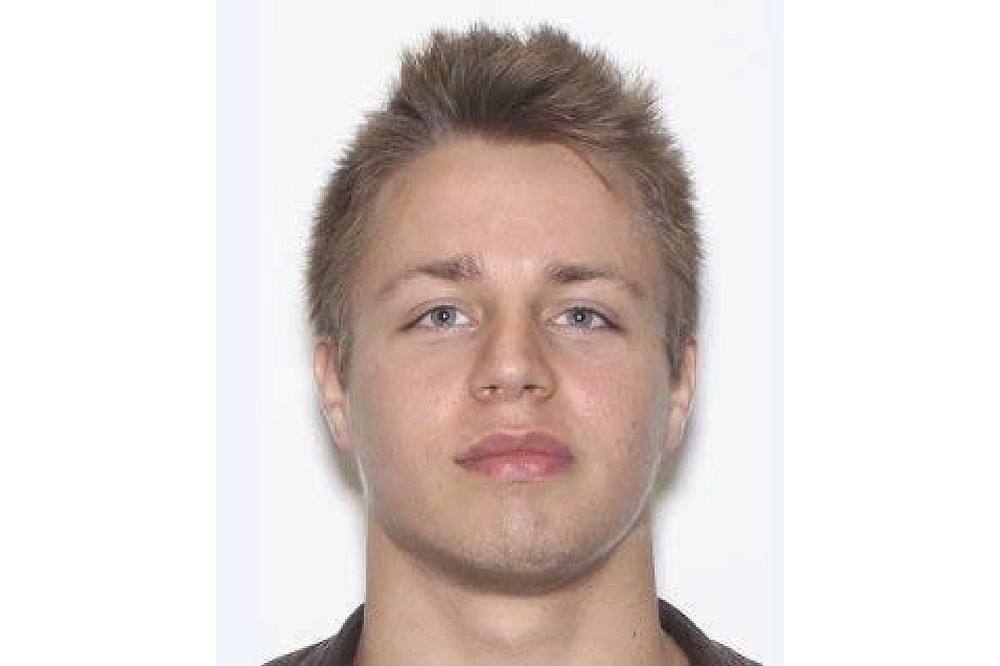 This drivers license image, provided by the Justice Department in the complaint affidavit for an arrest warrant, shows Brandon Fellows. Fellows is one of at least five people charged in the riot at the U.S. Capitol on Jan. 6, 2021, who have chosen to defend themselves in court, brushing aside federal judges&#x2019; repeated warnings about the risks of trying to navigate their high-stakes cases without an attorney. (Justice Department via AP) 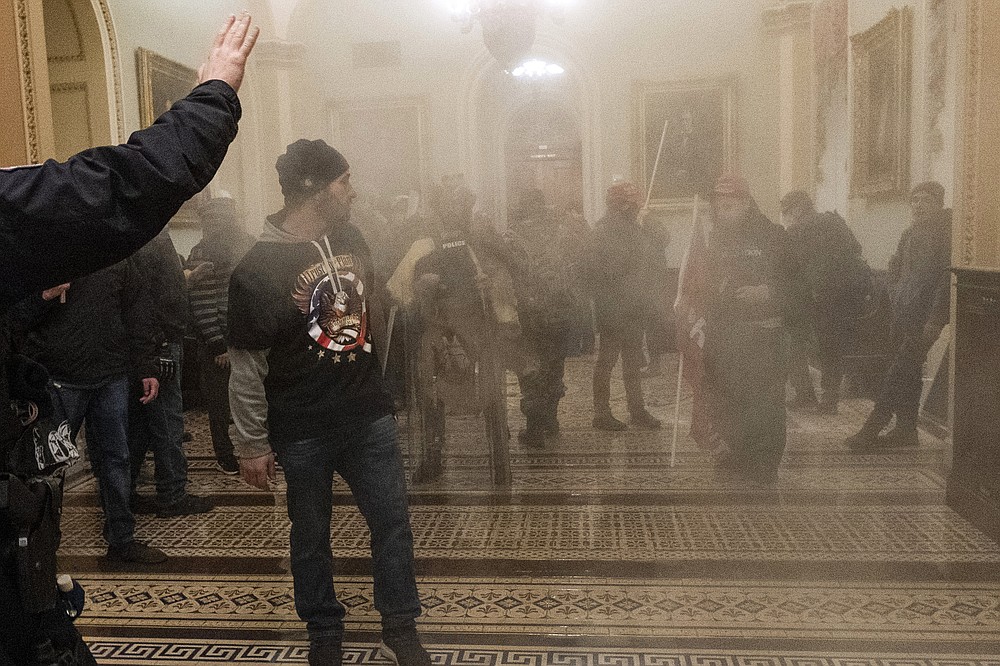 FILE - In this Jan. 6, 2021, file photo, smoke fills the walkway outside the Senate Chamber as supporters of President Donald Trump, including Eric Bochene, far right, are confronted by U.S. Capitol Police officers inside the Capitol in Washington. Bochene is one of at least five people charged in the riot at the U.S. Capitol on Jan. 6 who have chosen to defend themselves in court, brushing aside federal judges&#x2019; repeated warnings about the risks of trying to navigate their high-stakes cases without an attorney. (AP Photo/Manuel Balce Ceneta, File)