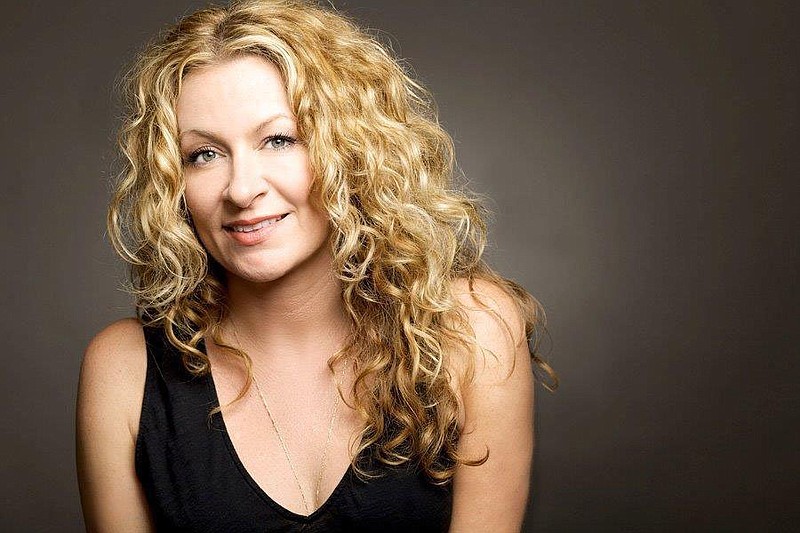 Sarah Colonna is a UA graduate who co-stars in TheatreSquared’s production of “Designing Women” as Mary Jo Shively. (Special to the Democrat-Gazette/Brillstein Entertainment Partners)

Sarah Colonna had great success in the theater department of the University of Arkansas, Fayetteville, bringing her singular sense of precise comic timing to shows like "Reckless" and "Sexual Perversity in Chicago." Those who saw her on stage then were not surprised when she courageously struck out for the wilds of Los Angeles immediately following graduation, taking on the stand-up comedy circuit.

"Starting stand-up in Los Angeles is certainly one of the hardest ways to do it," she said. "You're starting with all of these other people who are experienced, because there were places they could perform where they came from. It definitely is a different style, especially since you're no longer relying on someone else's words — in stand-up, they're all yours."

She quickly gained a following and, before long, earned a place at the roundtable late-night comedy talk show "Chelsea Lately," where her quick wit made her a standout. She would later work as a writer on the show, as well as a producer, writer and star of the show's spin-off, "After Lately." More recently, she used her native Southern accent and a hilarious flair for the bizarre in her starring role as Angie on the Netflix series "Insatiable" and had a recurring role on "Shameless." Her movie roles include "Back in the Day," "Paradise" and "Killing Hasselhoff."

Meanwhile, she somehow found time to write two bestselling memoirs: "Life as I Blow It" which debuted at No. 5 on The New York Times bestseller list, and "Has Anyone Seen My Pants?" of which Publisher's Weekly said that she "maintains her signature charm and caustic humor, and the final chapter's happy ending is worth sticking around for."

Bringing the role of Mary Jo Shively to the TheatreSquared stage will be the first time Colonna has worked with the Fayetteville theater.

"I had to really wrap my brain around it: 'How is this in Fayetteville, though? That's where I went to college!'" she says of the theater company. "It's so great, because I never get to spend this much time here. There are certain things where I think, 'Oh, I forgot how much I love this!' It's kind of nice to see how much it's changed, and in what ways it's changed — everything, to me, being a positive. And having this theater here — we didn't have anything like this when I was in school here."

Colonna still has a large coterie of family in the area who, she says, are excited at the prospect of seeing her on stage in Fayetteville again.

"My mom is already stressed about where she's going to sit, where the best view is, just all the questions," she says with a laugh. "I have a bunch of family coming."

Colonna's mother works just off the Fayetteville square, a few blocks away from TheatreSquared, and Colonna marvels at the ease with which she walked up to see her and have coffee with her after a rehearsal — quite a difference from the 1,500 miles that usually separates her from her family.

"And the first day I got here, I went up there and borrowed her car," says Colonna with a laugh. "I said, 'I have to run some errands, can I borrow your car?' and she said, 'Oh my God, it's just like you're 16 years old again.'"