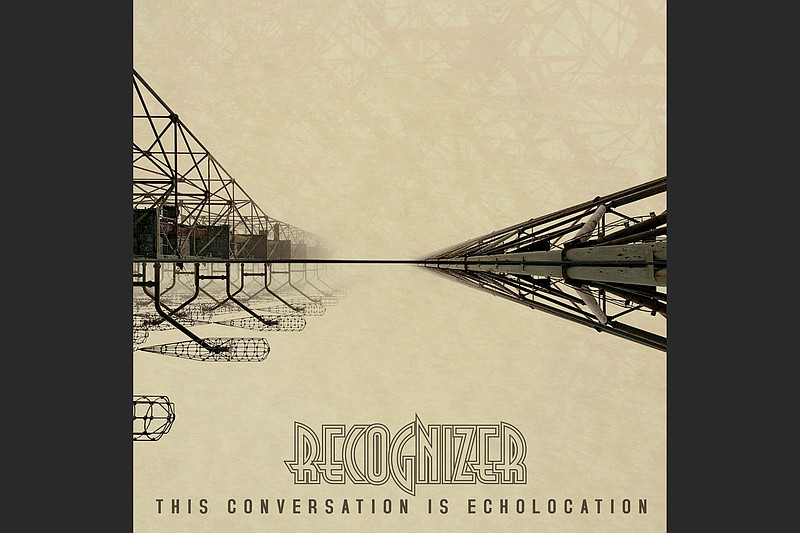 Mike Mullins, frontman and guitarist for Central Arkansas rockers Recognizer, is ready to get the band's new songs in front of an audience.

"This Conversation Is Echolocation," the band's sophomore album, is out today and the trio, rounded out by bassist Michael Mullens and drummer Steve Cook, will play an album release show Saturday at White Water Tavern in Little Rock.

"I'm glad we're done with the record," the 47-year-old Mullins says. "It's rewarding, but it's a hard process. From December 2019 to the last few tracks that we [worked] on in January of this year, that's a long time to be working on the same nine songs. I'm ready to stop hearing them and start playing them."

The tracks are a satisfying shot of catchy, anthemic alt-rock with Mullins' soaring, passionate vocals and enough prog-rock and psychedelic forays to make things interesting.

"Bite the Bullet" has a jittery guitar part before it launches into the stratosphere; "The Takedown" is a driving banger propelled like a drag-strip racer by Cook and Mullens' interplay; "The Emperor's New Mind" is an exploratory instrumental sarcastically laced with samples of old anti-drug commentary. "Fuse, Meet Match!," as its title suggests, is an incendiary call to arms as Mullins does his best to shred his vocal chords on each chorus.

"I was trying to say something about all this divisive rhetoric everyone seems to be having right now," he says of the song. "Instead of finding more reasons to divide, we should try find paths to accept each other instead of letting these algorithms sort us into groups."

The album closes with the meditative "Wait, Son," which ends with a long electronic drone overlaid with a woman's voice reciting numbers that calls to mind Wilco's "Poor Places" and "Welcome to the Machine"-era Pink Floyd. 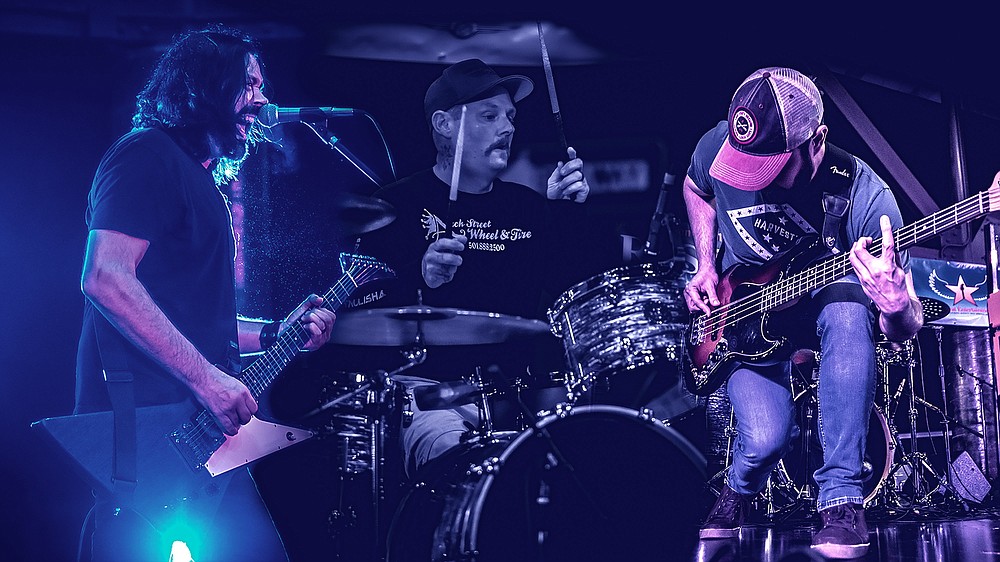 The new album from Central Arkansas band Recognizer — Mike Mullins (from left), Steve Cook and Michael Mullens — is out today and is called “This Conversation Is Echolocation.”

"We actually just built that in the studio and it turned into this sort of father-to-son-offering-advice kind of song," Mullins says. "Once it turned into that lyrically, I was like, let's get [him] to play on it."

Not that any of it was that big a deal to the young'un.

"At the time, I think he was kind of unimpressed," Mullins says with a chuckle. "But once he heard the final product, I could tell he enjoyed it and was happy to be a part of it."

"This Conversation Is Echolocation" — the title came about because Mullins liked the way the words sounded together — is a good marker of where the band is right now, he says.

"We started out as a three-piece, then we took on another guitarist and that first album [2019's self-titled debut] had two guitars ... but we went back to a three-piece and it was at that point that we just kind of tapped into the idea of making this sort of psychedelic rock record."

"I've done three other albums with Barry, and the thing about all of those sessions is that you really learn something about yourself and your playing and your approach to songcraft because Barry works you. I trust him. He's got that ear to be able to hear things that most people can't."

Proof of covid-19 vaccination or negative test for covid-19 required by venue for admission.