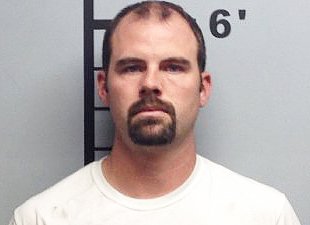 BENTONVILLE -- A former Centerton firefighter was sentenced to 20 years in prison Tuesday for sexually assaulting a girl.

The victim, now 19, told the court Jordan Thompson had taken two years of her life, but she would not allow him to take anymore from her.

Thompson was battalion chief with the Centerton Fire Department when he was arrested at the department in November 2018.

The victim made a statement to the court. Thompson and the teen were not in the same room at the time; the hearing was conducted through video conferencing.

"I was assaulted," she said. "I was used. I was manipulated. I was betrayed. I was hurt."

Still, she said she wakes up every day and smiles, laughs, bakes, reads and does what makes her happy.

"This case and what he did will always be a part of my past, but it will never define me," she said. "I am not the stupid girl who was manipulated. I am the girl who was strong enough to get through it all."

The investigation into Thompson started after the Benton County Sheriff's Office received a report from the National Center for Missing and Exploited Children concerning his involvement with the girl, according to court documents.

Phillips told Benton County Circuit Judge Brad Karren the victim was in favor of the plea agreement to resolve the case. The judge accepted the agreement and Thompson's guilty plea.

Karren sentenced him to 20 years in the Arkansas Department of Corrections.

Thompson must register as a sex offender. He was ordered not to have contact with the victim or any minors except his biological son.

Thompson, given the opportunity to speak, said he regretted his actions and was in a bad place in his life and had failed the girl.