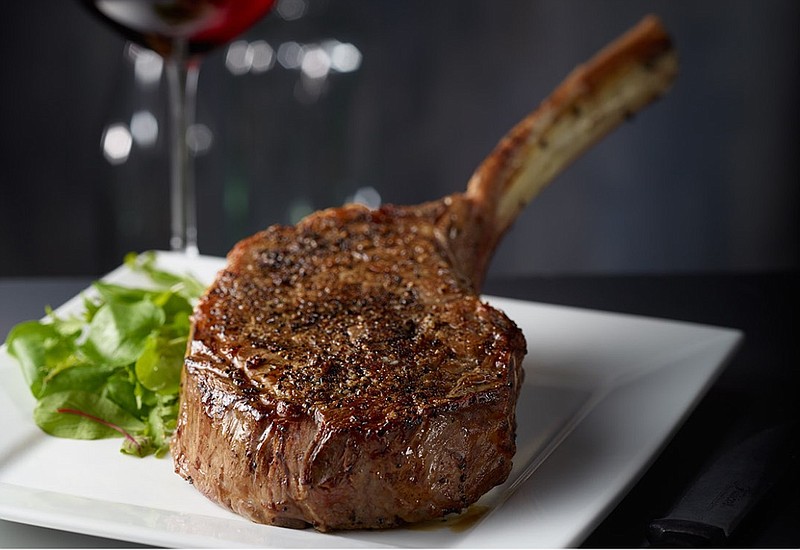 Sullivan's Steakhouse has an early 2022 target to open in the former Del Frisco's Grille space in the Promenade at Chenal. (Special to the Democrat-Gazette/Newmark Moses Tucker Partners)

The Denver-based Sullivan’s Steakhouse chain will open its first Arkansas location in “early 2022” in the Promenade at Chenal, 17707 Chenal Parkway, Little Rock.

It's going into the free-standing steakhouse space that has been vacant since the June 2018 closure of Del Frisco’s Grille.

The leasing team — Chris Monroe, Greyson Skokos and George Friedmann — at Newmark Moses Tucker Partners says they expect the build-out to take about six months, which would put the target opening into the second quarter of 2022, perhaps April or May.

According to a news release, “the new restaurant will be completely reimagined with Sullivan’s classic, timeless design,” with 9,100 square feet, including main and private dining areas and “[a]n expansive indoor bar [that] will serve as the backdrop for live jazz music.” The leasing team says conversion plans include enclosing a patio.

The menu will feature hand-cut and bone-in steaks, chicken and seafood dishes and a range of signature appetizers and signature cocktails, including the “Knock Out Martini inspired by the steakhouse’s namesake, boxer John Sullivan.”

The Del Frisco’s Restaurant Group Inc. sold what was then its Sullivan’s Steakhouse chain to Romano’s Macaroni Grill in a $32 million deal in 2018, according to the online industry website restaurantbusinessonline.com.

According to the news release, it is now part of Dividend Restaurant Group, which has 13 other Sullivan's outlets across the country — Indianapolis; Anchorage, Alaska; Baton Rouge, La.; Charlotte and Raleigh, N.C.; the Philadelphia suburb of King of Prussia, Pa.; Leawood, Kansas; Napierville, Ill.; Omaha, Neb; Palm Desert, Calif’.; Tucson, Ariz.; Wilmington, Del.; and Pittsburgh, Pa. A restaurant in Baltimore is, according to the website, SullivansSteakhouse.com, “temporarily closed.”