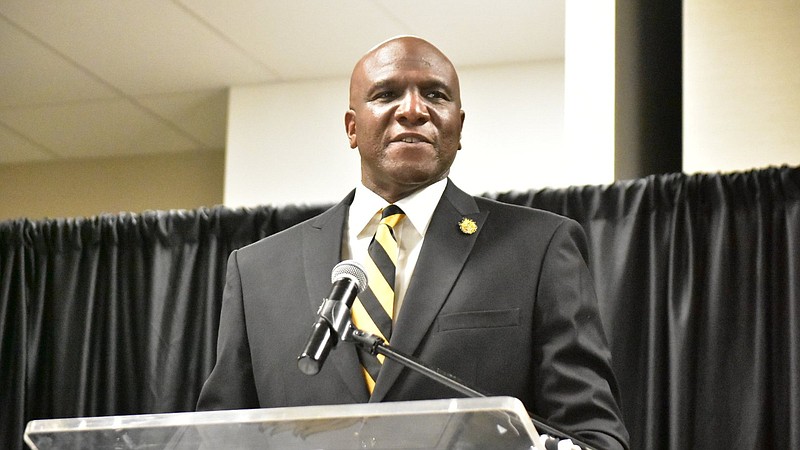 UAPB Athletic Director Chris Robinson said he would have relished the opportunity to play against the University of Arkansas while he was in college. (Pine Bluff Commercial/I.C. Murrell)

Ronald Davis Jr. took a moment to clarify the question he asked then-University of Arkansas Athletic Director Jeff Long in 2017.

The question wasn't why the Razorbacks wouldn't play his alma mater, the University of Arkansas at Pine Bluff, in football or other sports.

"That year, or the year before, Alcorn [State University], who had become a stronger program, played Arkansas and got a payoff of about $1 million, from what I was told," said Davis, a UAPB linebacker from 1982-86. "That is not just another HBCU [historically Black colleges and universities] school. That's a school from the conference UAPB plays in. Alcorn used that $1 million toward their budget to recruit against the University of Arkansas at Pine Bluff.

"My question was, 'Can you consider not paying other schools who play in the conference with UAPB?'"

On the field, if nothing else, Alcorn State has been a thorn on UAPB's side, most recently with its come-from-behind 39-38 win on national television last month in Pine Bluff.

Nearly two years after airing that question at a Little Rock Touchdown Club meeting, Long's successor, Hunter Yurachek, and then-UAPB Athletic Director Melvin Hines inked a memorandum of understanding for games in 2021 and 2024 between the Razorbacks and Golden Lions to be held in Fayetteville.

The price tag for Arkansas is reportedly $600,000 to UAPB. The amount was redacted in a copy of the signed document sent to The Commercial earlier this year.

In February of this year, the UA and the Arkansas Department of Parks, Heritage and Tourism agreed to move those games to Little Rock's War Memorial Stadium, which the department operates, in exchange for Southeastern Conference opponent University of Missouri playing in Fayetteville this year and in 2023.

For Chris Robinson, UAPB's second athletic director since Hines' departure in 2019, Lions vs. Hogs in Little Rock is a win-win.

"Kids grew up here in Arkansas and watched the Razorbacks," said Robinson, an Alabama native and UAPB quarterback in two different stints between 1989-94. "Now, especially kids from the Little Rock area, a lot of kids are in the band and cheer squad. Just think of them and the parents to see them perform against Arkansas right here in Little Rock. That's expected for the fans and the school about this game. There's a lot of buzz about this event."

Robinson said he even heard the buzz while at the Alotian Golf Club just west of Little Rock, where UAPB golfer Joshua McCray competed in the Jackson T. Stephens Cup this week.

That buzz has yet to translate into a sellout.

More than 40,000 tickets, according to Robinson, have been sold for Saturday's game at the 54,000-seat War Memorial, where the Razorbacks commanded a presence on a more frequent basis and UAPB hosted Arkansas Classic games in past years. Robinson said he did not have a figure for how many tickets have been sold through UAPB's athletic department.

Both the Hogs (4-3, 1-3 SEC) and Lions (1-5, 0-4 Southwestern Athletic Conference) are enduring losing streaks, Arkansas having dropped three straight and UAPB five in a row.

"The big thing is, no one is happy with their record," Robinson said. "You go back and look at everything and you look at the film, it's gut-wrenching. We get up and we work hard because you believe in opportunity. Any given Saturday, anything can happen.

"The record is not indicative of where we are as a program, but the point is the importance of doing this. It's exciting for the fans and for the state of Arkansas," Robinson said.

For one, Robinson pointed out, it's an opportunity for athletes who grow up in the state and stay home to compete against not only the statewide flagship university but a team from the top conference in college football.

"If I'm a competitor and I know I'm going up against a big-name opponent, it's a chance to check my level against a team at the highest point," he said.

Robinson said he would have relished such an opportunity as a UAPB quarterback. UAPB was a member of the National Association of Intercollegiate Athletics during his playing days, and teams like Arkansas in the present-day NCAA Division I Football Bowl Subdivision typically do not compete against teams classified lower than the Football Championship Subdivision, which includes UAPB and the SWAC.

On a statewide scale, the importance of Saturday's game is the Hogs lining up against an in-state opponent for the first time since 1944, the present-day University of Arkansas at Monticello being the last foe.

Davis, now a Little Rock lawyer, comes from UAPB royalty, so to speak. His grandfather Lawrence A. Davis Sr. was president of then-Arkansas AM&N College for 30 years and his uncle Lawrence A. Davis Jr. was chancellor of UAPB from 1991-2012.

Reaching out to a sister school of the University of Arkansas System -- not just any SWAC program -- is just good business to Ronald Davis.

"Common sense doesn't make for the University of Arkansas to play one of our schools and then you give that kind of payout, and they are in better position to be more competitive than UAPB," Ronald Davis said. "Apparently it didn't make sense to other folks after they thought about it." 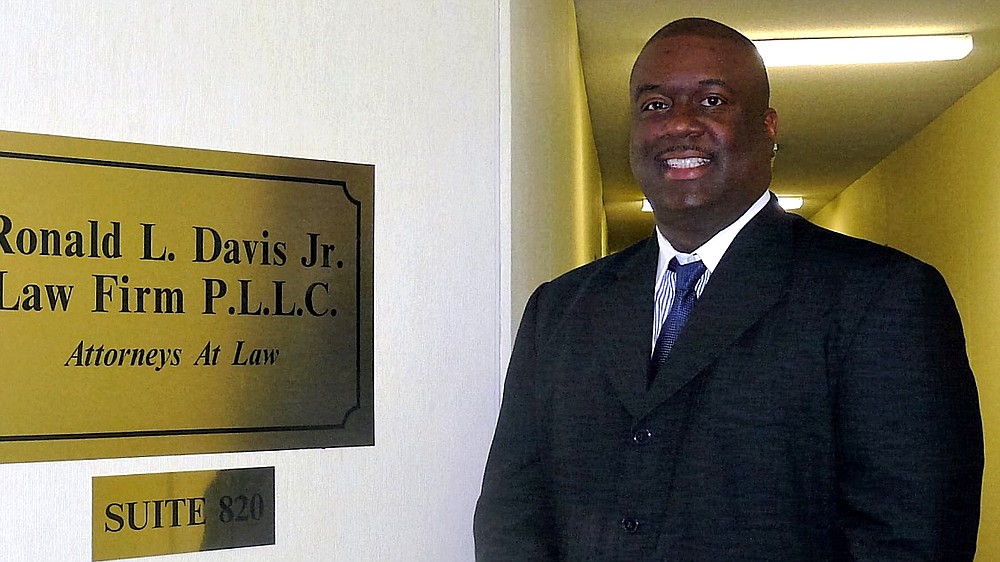 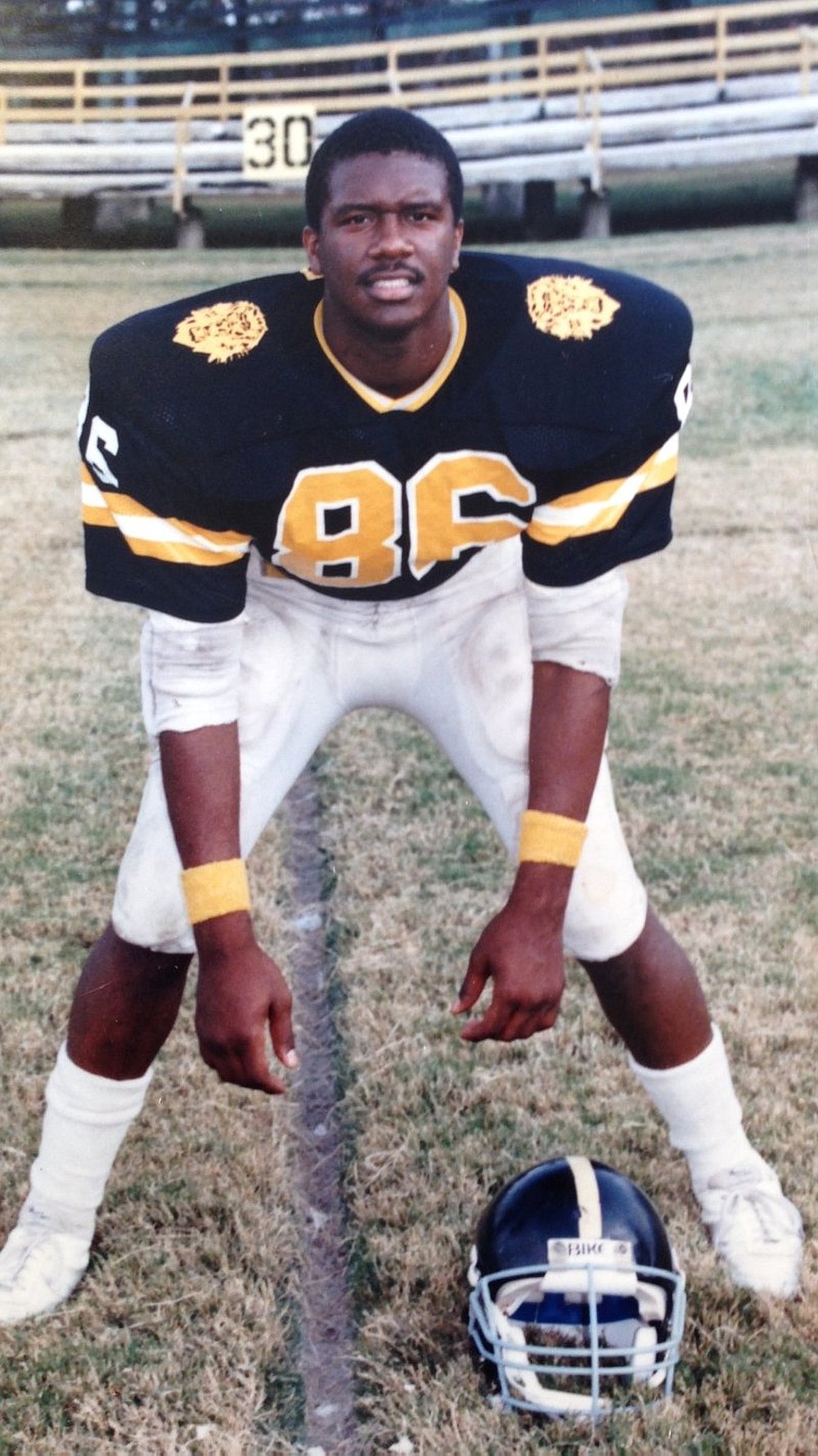