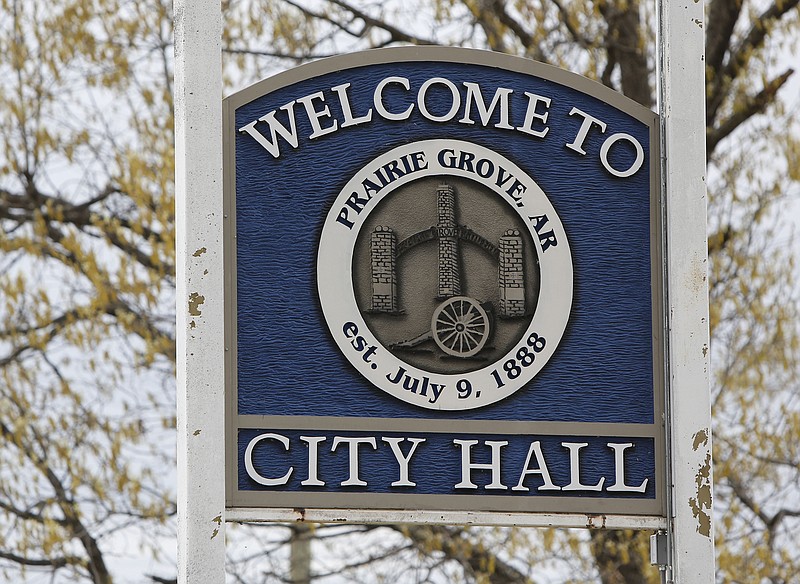 The vote came after an hour-long executive session to discuss Mayor Sonny Hudson's decision to fire Dobbs on Sept. 30.

"You're reinstated," Hudson said to Dobbs following the vote.

Those at the meeting in support of Dobbs, many of whom spoke during the public comment period, applauded.

"Thanks for doing the right thing," Paula Ditmars, a Prairie Grove resident, said to the council.

Arkansas Code 14-42-110 says mayors of first-class cities have the power to appoint and remove all department heads, unless the city or town council votes by a two-thirds majority to override the mayor's action.

Council member Tony Cunningham was the only member absent Monday.

Hudson said he dismissed Dobbs based on information from a police report and video from a police body camera from an incident July 14. Hudson said his decision was "due to what I considered illegal activities. I tried to keep it quiet out of respect to him."

He said he would have addressed the issue sooner, but has been dealing with family health issues and needed to let that settle.

The mayor said he asked Dobbs for a meeting to discuss his concerns, and Dobbs refused.

"He left me no option," Hudson said.

Prairie Grove police officer Warner Burgess responded to a possible disturbance call at 6:43 a.m., July 14, at an apartment on Walnut Street, according to the report. The caller advised the "ex-boyfriend of his girlfriend" was banging on the door and window.

Jesse Maness told Burgess that Dobbs was the one banging on the door and he left in his Jeep before police arrived. He said Dobbs didn't threaten anyone.

Dobbs had been at the house previously around midnight, and the victims reported he had taken Maness' boots from the property, according to the police report and victim statements.

While Burgess was at the scene, Dobbs called the Police Department and asked if he could pay for the boots. Police said that would be up to the victim.

No charges were filed against Dobbs from the incident, but the report said he was given a warning for trespassing and harassment with instructions not to have contact with either victim. The report says Dobbs returned the boots to police.

Council member Brea Gragg made the motion Monday to overturn the mayor's decision. In an email Tuesday, Gragg said she did it because she felt there was a lack of evidence to warrant a termination.

Council member Rick Ault on Tuesday said he was proud the council took the time in executive session to understand the human resources situation prior to voting in public.

"The unanimous vote overturning the termination in no way diminishes the high standards we all have of every city employee or the respect we have for the role of mayor," Ault said in an email.

Dobbs was the first to address the council Monday during the public comment period. He said he's given 30 years to the city of Prairie Grove, serving 15 years as a volunteer with the department and then receiving a "minuscule" amount as chief, with that gradually increasing up to about $19,000 over the years.

Dobbs said he didn't know how the council could uphold and justify Hudson's decision to dismiss him as fire chief.

Dobbs said Tuesday he preferred not to comment on the incident at the Walnut Street apartment, except to say it was a lapse of judgment.