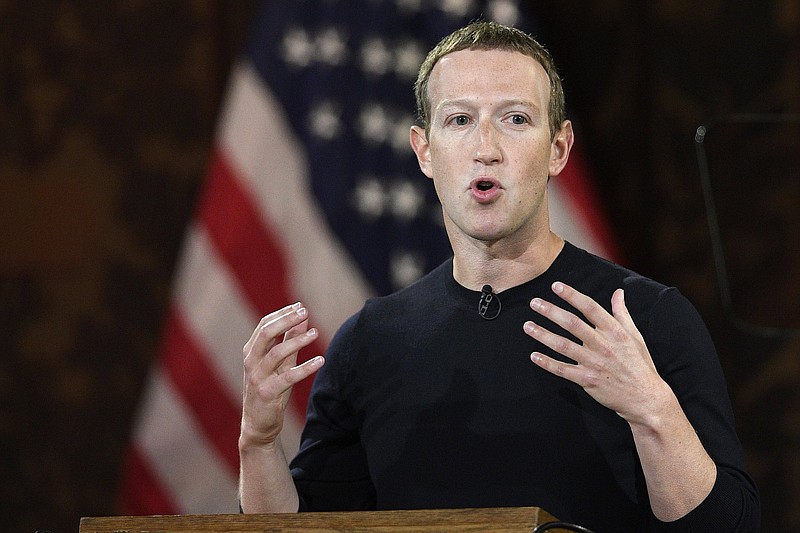 WASHINGTON -- The attorney general for the District of Columbia has added Facebook chief Mark Zuckerberg to a lawsuit stemming from the Cambridge Analytica scandal, one of the first times he has personally been targeted by regulators.

In 2018, Attorney General Karl Racine sued the social media giant on accusations of unfair and deceptive trade practices under the District's Consumer Protection Procedures Act, alleging Facebook had misled users -- including about half of District residents -- about the security of their data. Under the consumer protection act, individuals are liable for the actions of a company if they were aware of them at the time.

But after reviewing hundreds of thousands of pages of internal documents and interviewing former employees and others, it became evident that Zuckerberg "knowingly and actively" participated in each decision leading up to Cambridge Analytica's collection of user data and misrepresented how secure that data was, Racine said Wednesday in a statement.

If Zuckerberg and Facebook are found to have broken the law, they could be on the hook for millions of dollars in restitution and civil penalties.

Zuckerberg was aware that Facebook's success hinged on assuring users their data was protected, while selling access to that data without driving people away, Racine's complaint states. The decision to open Facebook to third parties was Zuckerberg's "brainchild."

"The evidence further demonstrates that Mr. Zuckerberg also participated in misleading the public and government officials about Facebook's role," Racine said. "Under these circumstances, Mr. Zuckerberg should be held liable for his involvement in the decisions that enabled the exposure of millions of users' data."

Company lawyers have fought hard to shield Zuckerberg from legal and regulatory fallout, The Washington Post has reported. When the Federal Trade Commission cobbled together its initial Facebook settlement over privacy failings roughly a decade ago, the agency weighed whether to charge the young CEO personally.

In the end, however, the FTC dropped mention of him from a version of the order shared around April 2011, according to email records obtained from the agency under open-records laws.

Facebook fought Racine's lawsuit when it was filed in 2018, asking the judge to dismiss it. On Wednesday, a Facebook spokesman called the allegations "as meritless today as they were more than three years ago, when the District filed its complaint," in an emailed statement to The Post.

"We will continue to defend ourselves vigorously and focus on the facts."

Cambridge Analytica, a consultancy that had worked for the Trump campaign, was suspended from Facebook for improperly accessing the personal information of 87 million users. The company later declared bankruptcy and ceased operations in the United States and United Kingdom.

"Zuckerberg was personally aware of the risks that sharing consumer data with apps posed," the complaint reads, "but actively disregarded those risks because sharing data was otherwise beneficial and lucrative to Facebook's business model and platform growth."

Separately, the senator leading an investigation of Facebook's Instagram and its effects on young people is asking Zuckerberg to testify before the panel that has heard far-reaching criticisms from a former employee of the company.

"Parents across America are deeply disturbed by ongoing reports that Facebook knows that Instagram can cause destructive and lasting harms to many teens and children, especially to their mental health and wellbeing," Sen. Richard Blumenthal, D-Conn., who heads the Senate Commerce subcommittee on consumer protection, said in the letter addressed to Zuckerberg.

In the wake of former Facebook product manager Frances Haugen's testimony early this month, Blumenthal told Zuckerberg, "Facebook representatives, including yourself, have doubled down on evasive answers, keeping hidden several reports on teen health, offering noncommittal and vague plans for action at an unspecified time down the road, and even turning to personal attacks on Ms. Haugen."

Haugen, who buttressed her statements with tens of thousands of pages of internal research documents she secretly copied before leaving her job in the company's civic integrity unit, accused Facebook of prioritizing profit over safety and being dishonest in its public fight against hate and misinformation.

On Wednesday, The Verge reported that Facebook is poised to ditch its name and unveil a new one that reflects the company's ambitions to build a "metaverse," a term Zuckerberg has been bandying that signals the company's quest for further dominance in daily life and technology.

Information for this article was contributed by Taylor Telford of The Washington Post and by Marcy Gordon of The Associated Press.