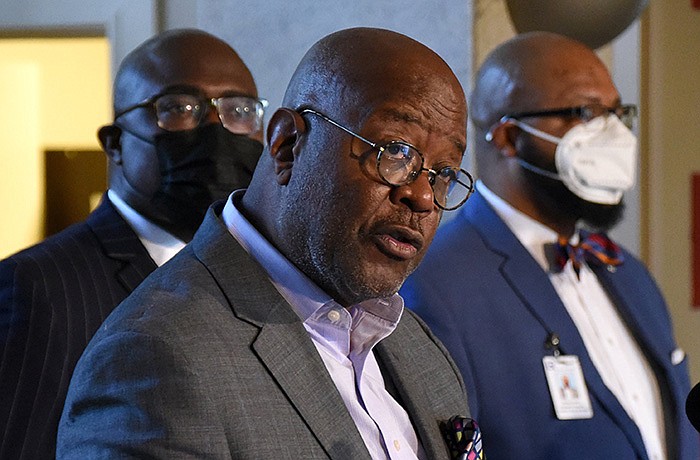 Mayor Frank Scott Jr. laid out a plan for addressing violent crime in Little Rock on Wednesday, announcing that $1.5 million in federal money would go to the Little Rock Police Department and a new community safety office.

Speaking at City Hall, Scott said he is "angered and saddened by senseless shootings," many of which involve young people. He touted the money from the American Rescue Plan Act as a way to prevent violence by expanding law enforcement in tandem with community support.

"We have children who have access to an AK-47, and they think it's a toy," Scott said, stressing that the example was a very real one.

As of Oct. 17, police have seized 622 illegally owned weapons and arrested 420 people in connection to illegal weapons this year, according to the Little Rock police weekly gun crime report.

But Scott emphasized that the problem was more than a police issue, calling for "more neighborhood safety without a police uniform."

To that end, the Office of Neighborhood Safety, led by Michael Sanders, will receive a portion of the federal money in the 2022 budget to create and strengthen programs that offer support to people aged 13 to 25, Scott said. Offering hope and opportunities to this group is a key to solving the violence problem, the mayor said.

Scott did not break down how the money would be distributed between police and community agencies.

Sanders, who has served as the city's community resources manager, said he has a background in youth development and hopes to emphasize existing programs that ease re-entry for those exiting prison, place people in jobs and involve youth in community service and engagement.

These programs are meant to help young people who are "disconnected" from the community and keep them from turning to crime, Sanders said.

The city will also take suggestions from citizens starting today for community programs, he said.

The new office, coupled with increased police funding, acknowledges that "in any city, violent crime is caused by a combination of social, structural and environmental conditions," Scott said.

"This is not left to our Police Department to try to solve," he added.

Some of the federal money would go toward police personnel, with Scott calling for a pay increase for officers in the 2022 budget as well as raising the bonus for new recruits from $5,000 to $10,000. He cited a need for about 100 new officers.

Little Rock Police Chief Keith Humphrey stressed that police recruiting is a problem across the nation.

Despite the shortage of new blood, Humphrey pointed to the department's illegal gun seizures as a measure of success in combating violence in the city, which he referred to as "a public health issue."

With 53 murders reported as of Oct. 11, the city's homicide rate is up 33% from last year and 50% from five years ago, according to city crime statistics. Little Rock is on track for the most reported killings since at least 2010, the oldest data the city has available online.

Humphrey said the homicide increase from 2020 "does not reflect what we have done since last year," adding that "we're not gonna claim the deadliest year."

"Let's focus on the positive things that we're doing," Humphrey said, adding that he has reason to believe some of the arrests of youths this year have prevented homicides and that they have referred at least 45 gun-crime cases to a federal prosecutor to show they are serious about punishing gun-toting lawbreakers.

One problem, however, is that police often do not know if a violent offender has been released on bond or for other circumstances until they commit another crime, Humphrey said. This is because of the separation between police and the courts, but also the pandemic, which has slowed court cases and caused some prisons to release certain inmates to prevent the spread of the virus, he said.

Humphrey said he was not immediately aware of how many of the 420 people arrested for gun crimes in 2021 were minors.

He stressed that one of the causes of gun violence is a "social conflict resolution issue."

"Many of these things are happening because of a beef," Scott agreed, saying it was unfortunate that these disputes ended in death or jail time.

Citizens are "sick and tired of hearing gunshots in their neighborhood," Scott said, reminding people that there is an obvious area where the majority of the city's violent crime happens and that "your mayor lives within that square box." 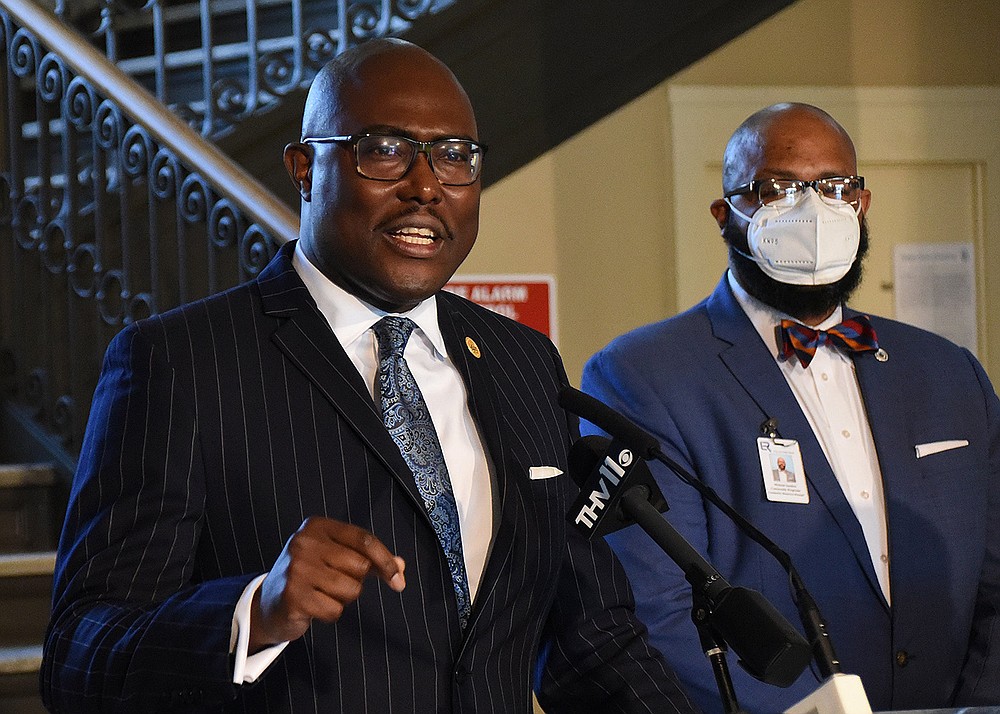