Bank OZK beats 3Q forecasts with a 19.3% surge in profits 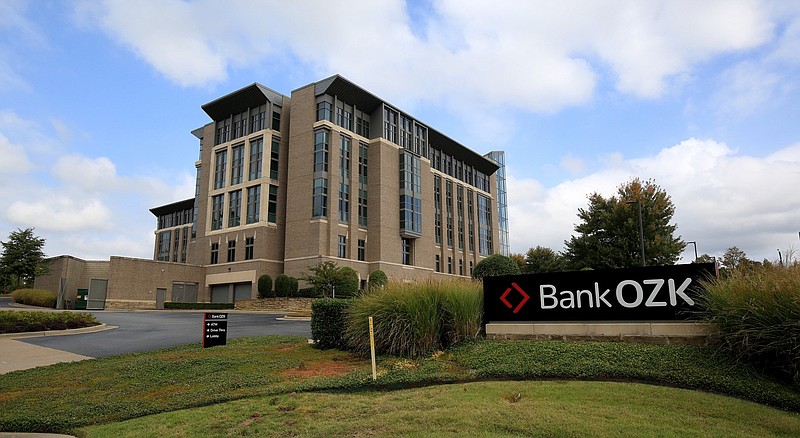 Profits leaped 19.3% at Bank OZK in the third quarter as net income climbed to $130.3 million and earnings per share increased to $1 from 84 cents a year ago, the Little Rock lender reported Thursday afternoon.

Net income was up from the $109.3 million reported in last year's third quarter. Net income and earnings per share "were among our best quarterly results ever," the bank said in management comments released in conjunction with third-quarter results.

The $1 per share return beat Zacks' analysts consensus of 97 cents and operating earnings per share of $1.02 was above the Stephens Inc. estimate of 96 cents per share.

Lending activity has been in decline at banks across the nation, and OZK reported loans were down 5.4% for the quarter ended Sept. 30. Total loans were $18.3 billion compared with $19.36 billion over the same period a year ago.

The bank's real estate specialties group (RESG), however, closed $2.1 billion of new loans in the quarter, the highest level in nearly four years.

"We are pleased to report our highest level of quarterly RESG loan originations since 2017 along with record net interest income for the quarter just ended," George Gleason, the bank's chairman and chief executive officer, said in a news release, adding that the bank is "well positioned for the future."

Banking analysts at Stephens Inc. noted the solid earnings per share performance along with the loan growth. "We think the headline EPS beat and the positive non-PPP loan growth should drive outperformance of the stock in the near-term," the analysts reported.

Net interest income in the quarter was up 10.4%, a $23.3 million increase to reach $248 million. Net interest margin was 4.16%, up from 3.69% a year ago. It's the third straight quarter the bank has improved margins, which stands out in a sector where net interest is shrinking for most lenders.

In the management comments, the bank said it has multiple options for continuing to increase shareholder value. Zacks reports that OZK has outperformed the market this year, with its shares up 46.1% since the beginning of 2021 versus the Standard and Poor's 500's gain of 20.8%.

"Our combination of strong earnings and robust capital gives us great optionality to increase shareholder value," the bank said. "Options for deploying our excess capital include organic loan growth, adding new business lines, continuing to increase our cash dividend, financially attractive acquisitions for cash or some combination of cash and stock and continued stock repurchase pursuant to our stock repurchase program."

OZK reported that it continued buying back its stock in the quarter and repurchased 888,567 shares at a weighted average cost of $41.61 per share. That was a total investment of $37 million, a move that the Stephens team noted as a positive takeaway since it had projected a stock repurchase of 550,000 shares in the quarter.