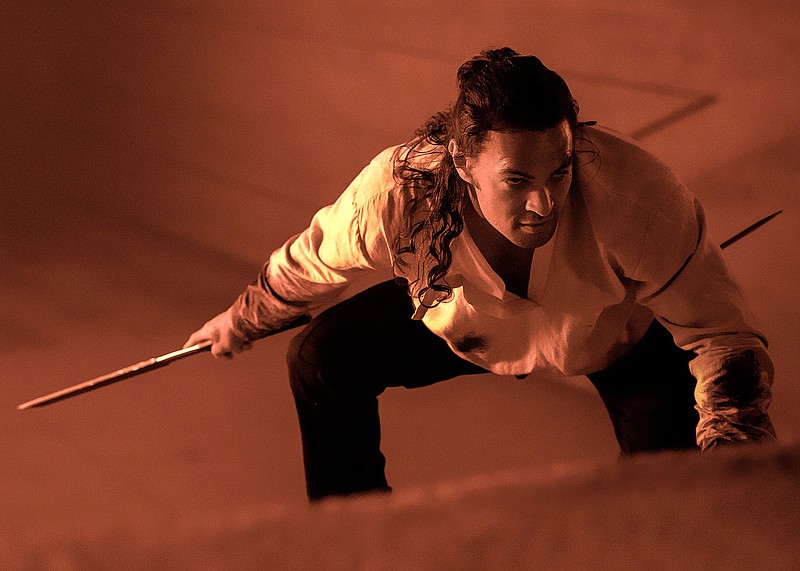 Despite its rich visual splendor -- and, truth to tell, the film's imagery is so sumptuous, it's near ravishing -- the idea that struck me most acutely watching French Canadian sensualist Denis Villeneuve's painstaking adaptation of the famous Frank Herbert novel "Dune," is how much that book, first released in 1965, has gone on to affect the basic tenets of modern pop culture.

George Lucas borrowed liberally from Herbert's extensive vision, with its specific hardware and parental dichotomies for his Star Wars universe; the Wachowskis ran with the idea of a preordained prophesied savior against brutal oppression in "The Matrix" (with help from, you know, the Bible); George R.R. Martin's "Game of Thrones" series features "houses" of different races and creeds, locked in a perennial power war, vying for control over an empire. The bloodlines run deep from Herbert's work to many of the mainstay pillars of modern futuristic narrative. With that in mind, it seems only fitting that the source material finally gets its day in the sun with an exultant adaptation that does it some semblance of justice.

Herbert's novel, with its layers of political intrigue, moral philosophizing, and sophisticated world-building, was a wonder, but remained near impenetrable for cinema, despite David Lynch's somewhat misbegotten attempt in 1984. What Villeneuve has done is to take the epic essence of Herbert's storytelling and create an imposing physical manifestation of it: Practically everything in the film is of a scale that feels imposing, from the massive ships the different factions travel on, to the monumental edifices built for the ruling classes, to the 400-meter-long sandworms that travel under the surface of a desert planet, only to emerge from the depths of the dust like enormous sinkholes with thousands of tendril-like teeth.

Perhaps most impressively, however, is the way Villeneuve, along with fellow screenwriters Jon Spaihts, and Eric Roth, have managed to condense Herbert's sprawling prose into something resembling clear-minded coherency. There's still an awful lot going on, but, as I mentioned casually to a publicist after the screening, it's largely "penetrable," which is about as much as could have been hoped, given the source text.

We meet callow Paul (Timothee Chalamet), the young son of the Duke of Atreides (Oscar Isaac), and his mother, the Duke's concubine, the Lady Jessica (Rebecca Ferguson) on the eve of a momentous occasion for his father, and the rest of the Atreides over which he rules. Emperor Shaddam IV (not pictured), in his infinite wisdom, has seen fit to bequeath the desert planet of Arrakis, with its untold riches of spice -- a powdery drug that has become essential for interplanetary travel -- to the Atreides, and so taking the planet out of the brutish control of the Harkonnen, led by the evilly corpulent Baron (Stellan Skarsgard), who terrorized the place for 80 years, laying waste to many of the sand-dwelling natives, the Fremans, in the process.

Initially thrilled at the prospect of a new adventure, Paul's excitement, shared by his friend, the elite Atreides soldier Duncan Idaho (Jason Momoa), is quickly quelled after a near immediate -- and terribly predictable -- attack from the outraged Harkonnen shortly upon the Atreides' arrival, leaving their army in tatters.

Paul and Lady Jessica go on the lam out in the desert, in hopes of locating the Fremen, and the mysterious young woman, Chani (Zendaya), who has been frequently appearing in Paul's prophecy-ridden dreams.

As the book has been split into two films -- reportedly, Villeneuve would not sign on to helm it without the studio's assurance they wouldn't force him to try and tackle the whole thing at one go -- the talented director got the chance, like Peter Jackson in the "Lord of the Rings" trilogy, to take things at his own pace. The result is an epic film that feels suitably paced and weighted. Scenes are allowed to breathe, characters are granted nuance, and the action, while plentiful, doesn't feel overly stuffed.

All of this helps gloss over the story itself, also appropriated endlessly by various YA-theme book series, of a White Teen to Save Them All, who arrives amongst the Fremen as the Chosen One, and continues to use his considerable powers to help free them from their world's enslavement. Not for nothing do the Fremen resemble Middle Eastern Arabs, living mostly underground, and in such dire need of saving, they require a pale-faced outsider to lead them. As a premise, it seems hopelessly out of step with the relative progressiveness of the modern canon, but there are at least indications that part two will perhaps distance the films from Herbert's novel in this regard. One can only hope.

Still, Villeneuve, who has made his bones on enigmatic, high-end outre fare -- see: "Arrival," "Enemy" and "Blade Runner: 2049" -- certainly knows how to sell the genre. A stylist at heart, the basis of his films, the technology that powers the narrative, seems plausible in his work, with a lot of attention paid to the look and feel of the monoliths, monstrous war ships, and spice haulers, such that it actually adds weight to the proceedings. You couldn't say (for a second) that his films are light on their feet, but in his hands, the added gravity and seriousness, reminiscent of equally portentous filmmaker Christopher Nolan, keeps the film from slipping into fictive silliness. Instead, we watch in some discomfort as Paul is subjected to the gom jabbar test, administered by an ultra-stern "Reverend Mother" (played by Charlotte Rampling), and, later, is handed a crysknife by Chani. The film's reverence for its own artifacts very much helps sell the enterprise as a whole.

It's a necessary element to a story as dense as "Dune," with its many politics-based plot tendrils, and entire subdivisions filled with characters (many of whom won't be making it to the film's concluding second half). Without believing in what we're seeing, at least in context of the narrative, there isn't a need to sink into the world Herbert created. If nothing else, Villeneuve needed to convince audiences the film was worth that sort of effort; and it says here he has solidly fulfilled that promise.

Rating: PG-13, for sequences of strong violence, some disturbing images and suggestive material