Heinicke savoring a chance to play in game at Lambeau 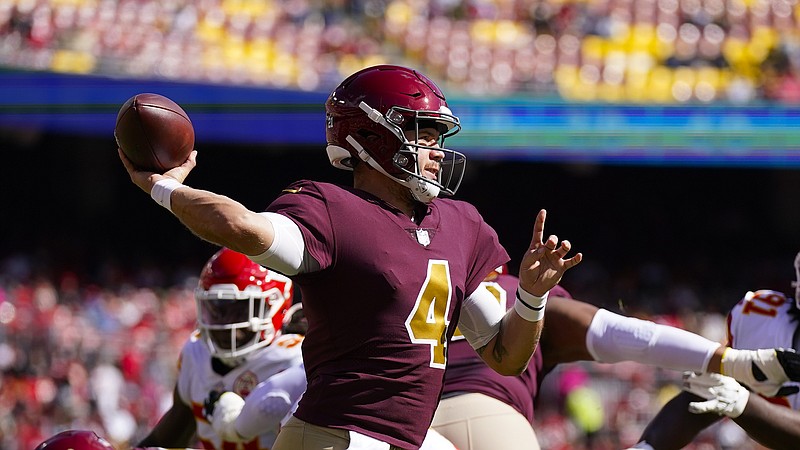 Now the 28-year-old quarterback is about to match up with Favre's successor as Washington tries to cool off reigning MVP Aaron Rodgers and snap the Packers' five-game winning streak.

"Brett Favre is the reason I started loving football," Heinicke said. "I had so many of his jerseys. I remember watching the Packers game every Sunday with my dad, and during halftime, I would go out in the backyard and pretend like I was him and come back, watch second half. It's a really cool deal."

Heinicke has been to Lambeau Field as an opposing player before during his years with the Minnesota Vikings. The difference this time is he will be in uniform rather than in street clothes.

"To actually be on the field competing, it's going to be a dream come true," Heinicke said.

The records of both teams suggest Heinicke could be in for a rude awakening.

Green Bay (5-1) hasn't lost since falling to the New Orleans Saints on the season's opening week. Washington (2-4) is trying to avoid a third consecutive defeat.

The way Green Bay's schedule is constructed, this shapes up as a potential trap game for the Packers.

Green Bay is coming off consecutive road wins at Cincinnati and Chicago. The Packers visit the unbeaten Arizona Cardinals just four nights after the Washington game. They follow that up by traveling to Kansas City.

With two demanding road tests on the horizon, Green Bay could be tempted to look past Sunday's game. The Packers want to make sure that doesn't happen.

"I know what's after this game," Rodgers said. "A short week against an undefeated opponent. A long week against the Kansas City Chiefs, defending representative in the Super Bowl from the AFC. So we know what's in front of us. Personally, I don't ever look past anybody, but you know what's on the schedule. That's just kind of normal. Anybody who doesn't say that is probably just doing cliche talk."

Since throwing two interceptions and no touchdowns in the Packers' season-opening loss, Rodgers has returned to his usual form. The three-time MVP has 12 touchdown passes and only one interception during the Packers' winning streak.

Rodgers is benefiting from Davante Adams' continued rise. Adams has followed up his 2020 All-Pro season by leading the NFL in yards receiving (668) and sharing the NFL lead in catches (46). 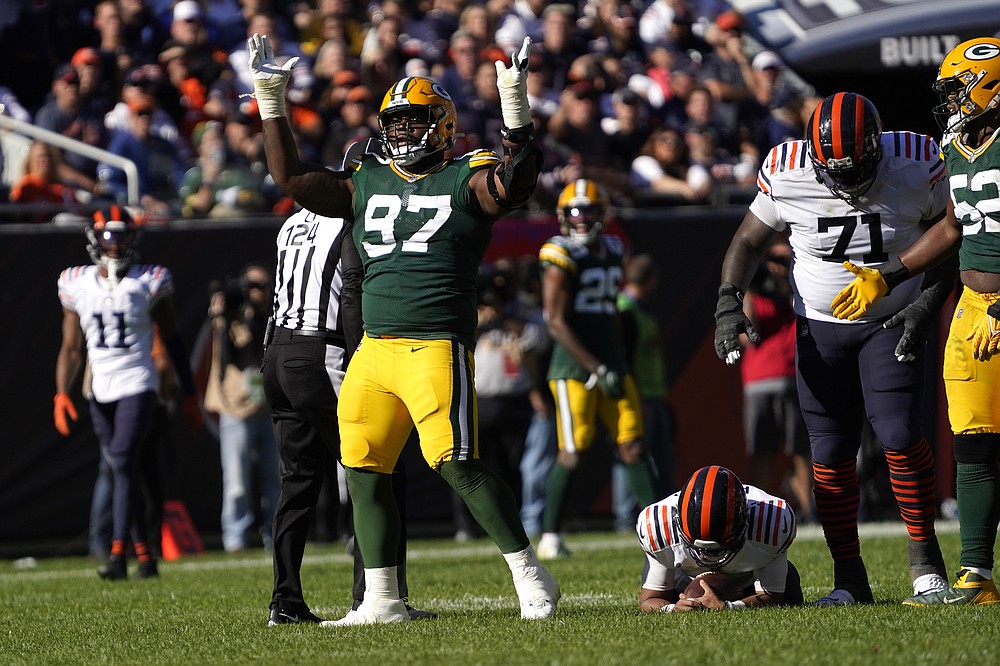 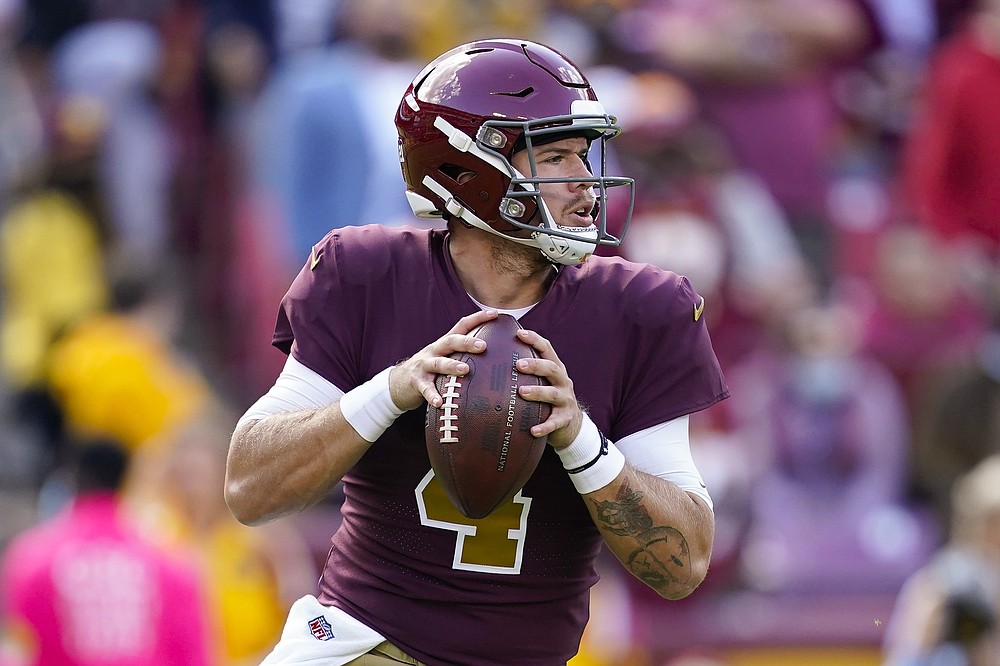 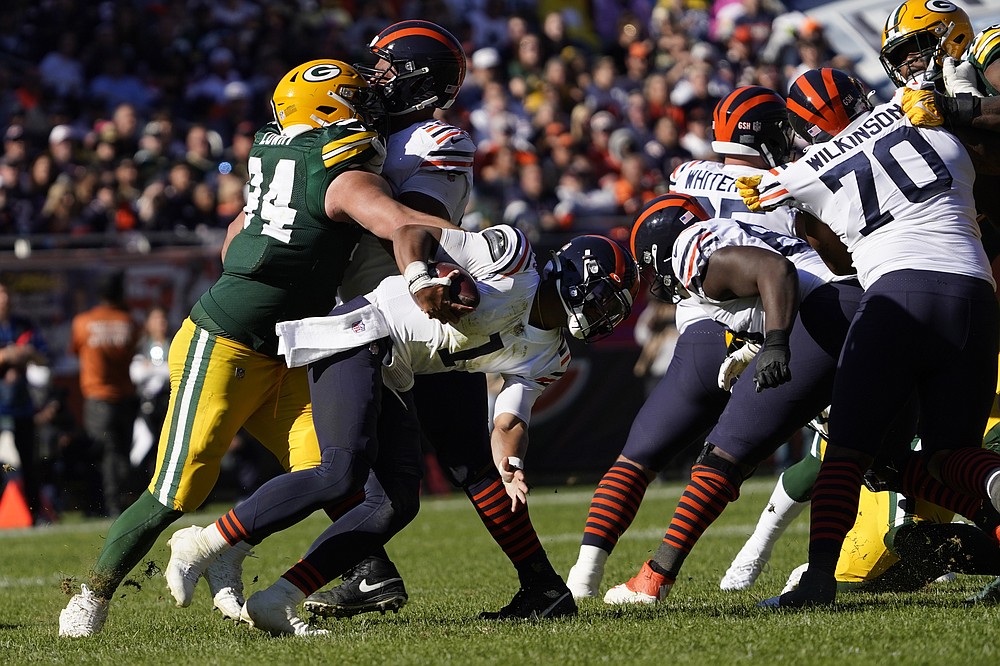 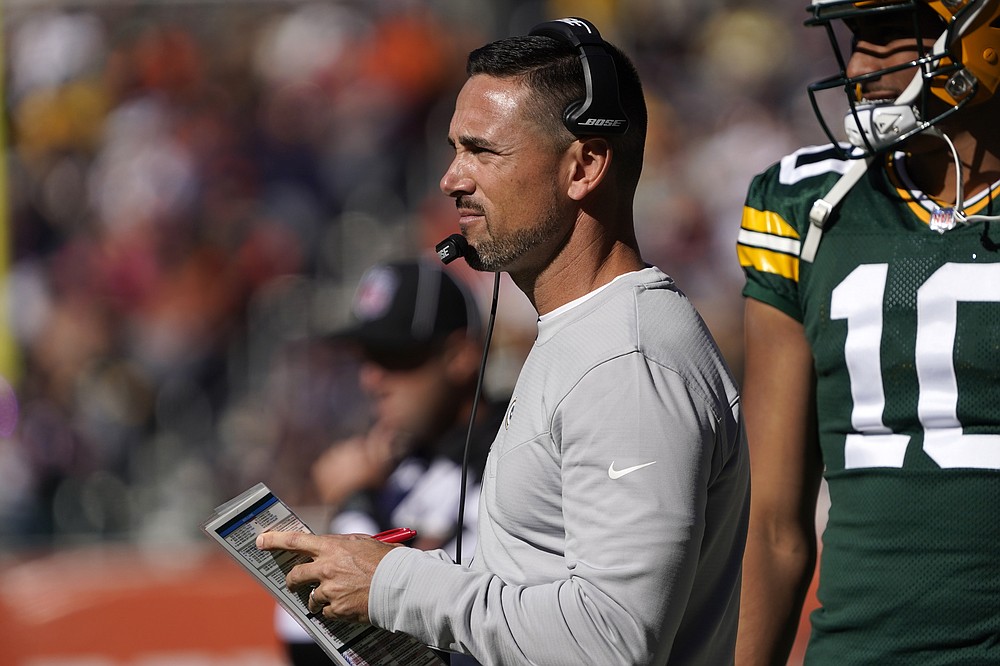 Green Bay Packers head coach Matt LaFleur watches from the sidelines during the second half of an NFL football game against the Chicago Bears Sunday, Oct. 17, 2021, in Chicago. (AP Photo/David Banks) 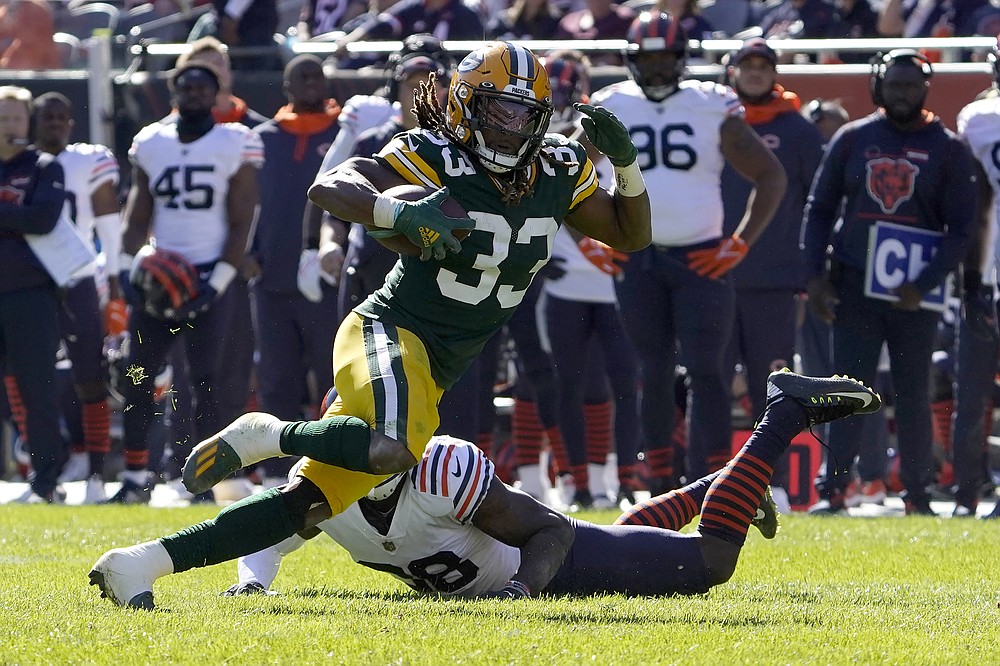 Green Bay Packers running back Aaron Jones heads to the end zone past Chicago Bears safety Tashaun Gipson on a touchdown reception from quarterback Aaron Rodgers during the second half of an NFL football game Sunday, Oct. 17, 2021, in Chicago. (AP Photo/David Banks) 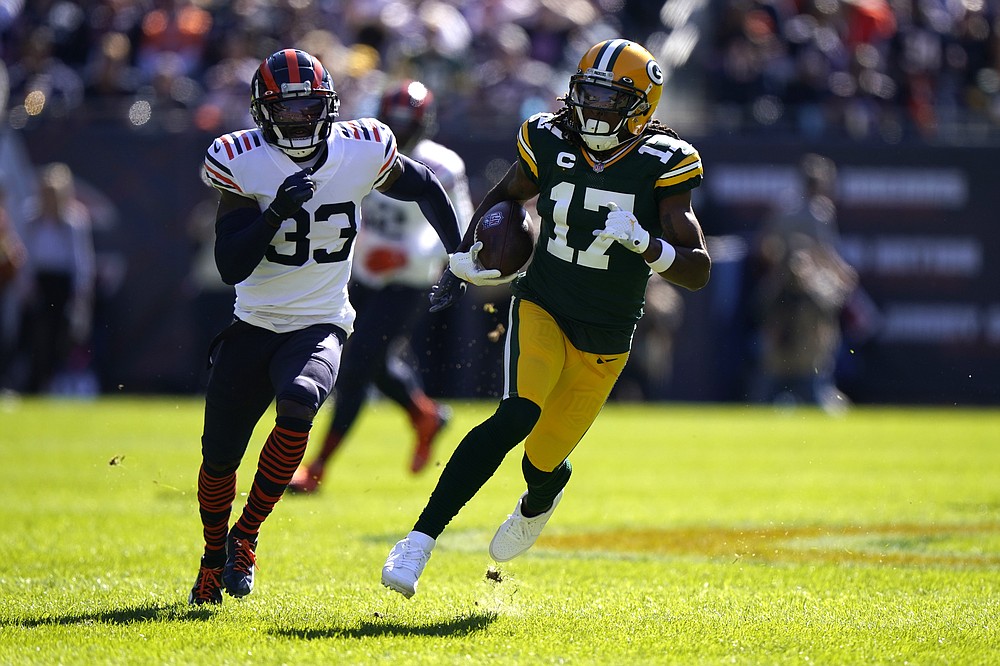 Green Bay Packers wide receiver Davante Adams (17) heads down field on a huge gain off a pass from quarterback Aaron Rodgers as Chicago Bears cornerback Jaylon Johnson pursues during the first half of an NFL football game against the Chicago Bears Sunday, Oct. 17, 2021, in Chicago. (AP Photo/Nam Y. Huh)

Print Headline: Heinicke savoring a chance to play in game at Lambeau