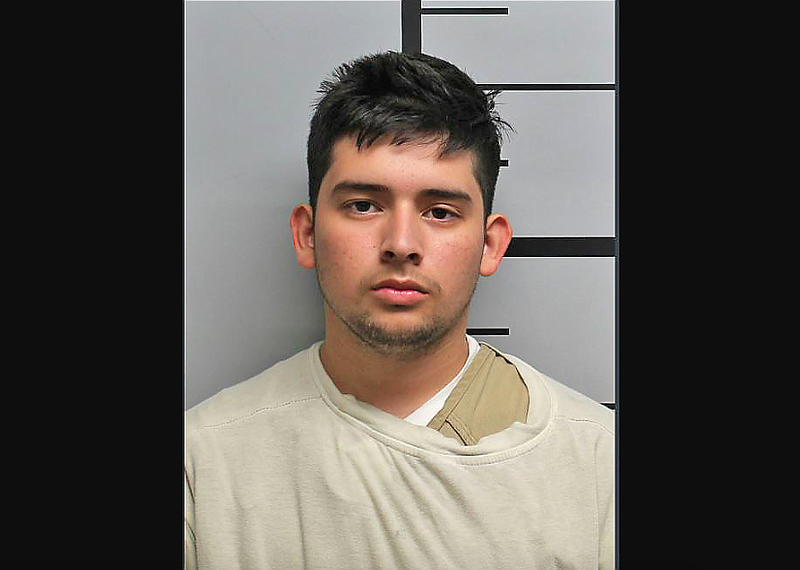 BENTONVILLE -- A judge Friday suspended proceedings in the murder case of a Gentry teen accused of shooting and killing a girl and injuring another one.

Francisco Ochoa, 17, is charged as an adult with murder in the first degree, unlawful discharge of a firearm from a vehicle, terroristic act, battery and two counts of aggravated assault. He has pleaded innocent to the charges.

He's accused of shooting and killing Kathrine Pembleton. She was pronounced dead at Siloam Springs Regional Hospital. The other victim, a 17-year-old girl, was taken to Washington Regional Medical Center in Fayetteville, treated and released, according to a probable cause affidavit.

Kent McLemore, Ochoa's attorney, told the judge Friday he plans to use mental disease or defect as a defense in the case. He requested a mental evaluation for his client.

Benton County Circuit Judge Robin Green granted the request, which will cover whether Ochoa is mentally fit to assist his attorney and whether he understood his conduct at the time of the crime.

A woman called 911 just before midnight June 25 saying her daughter's friends had been shot at 817B Whiterock St. in Siloam Springs, according to a probable cause affidavit. The woman's 17-year-old daughter told police a woman she identified as Karla Martinez had been arguing with a friend of hers over some clothing.

Another 17-year-old girl told police she, Pembleton and the other shooting victim were sitting on the tailgate of a pickup outside the home when a car drove by without its lights on, then turned around. While passing the home again, someone in the car fired four to six shots, according to the affidavit.

Police searched Ochoa's car and found numerous shell casings that appeared to be of the same brand as a shell casing found at the scene of the shooting, according to the affidavit.

Martinez told police she and Ochoa went to the Whiterock Street house together the night of June 25 and were there for some time. She said Ochoa pulled out a gun as they were leaving, according to the affidavit.

Martinez, 18, of Decatur is charged with criminal accomplice to murder in the first degree, unlawful discharge of a firearm from a vehicle, terroristic act and battery. She previously pleaded innocent to the charges.

She has a hearing scheduled Nov. 18.