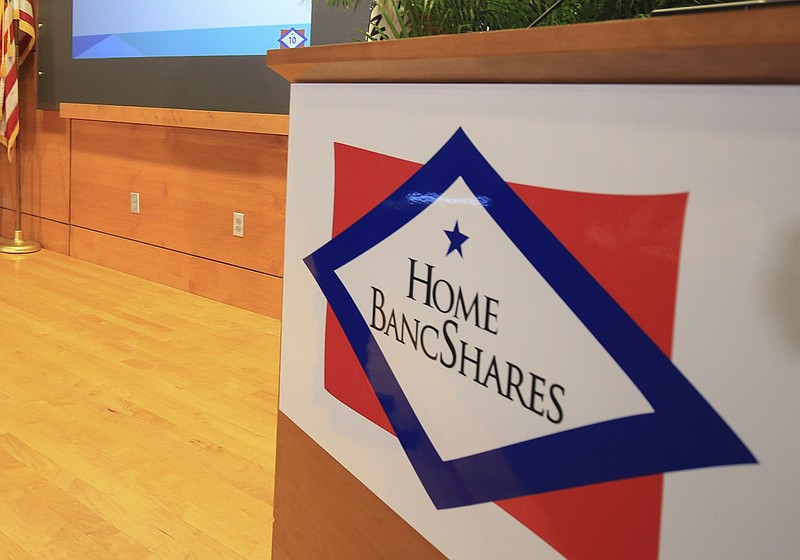 Home BancShares Inc. reported Thursday that profits increased just more than 8% in the third quarter as net income at the Conway bank climbed to $75 million from $69.3 million for the same period a year ago. Earnings per share jumped 9.5% to 46 cents in the quarter.

The bank beat analysts' consensus of 44 cents per share, according to a report Thursday from the Stephens Inc. banking team. Non-interest income of $27 million also exceeded expectation of $26 million.

"We had another very productive and solid quarter," John Allison, chairman and chief executive officer of the bank, told financial analysts on a conference call Thursday. "We are poised to continue the growth of our company."

In Thursday's news release, the bank said September "saw the first quality loan growth we have seen in some time" and added that "we are optimistic that quality loans will continue to build."

Lending activity was up by $55 million in September outside of Paycheck Protection Program loans and Home said it had a $250 million increase in unfunded commitments for the quarter.

However, Stephens' analysts reported that "loan growth remains sluggish" when excluding PPP activity. Nevertheless, the analysts noted that loans were above forecast for the quarter.

Loan growth remains a challenge for Home and the banking industry as a whole, and declines were reflected in loans receivable and net interest margins at Home BancShares in the third quarter.

Total assets increased to $17.8 billion from $16.5 billion in last year's third quarter. Deposits in the quarter jumped to $14 billion from $12.9 billion a year ago.

Just a month ago, Home announced it was expanding into Texas with the $919 million acquisition of Happy Bancshares Inc. in an all-stock transaction. Home said the acquisition would be "immediately triple accretive" to earnings beginning next year and through 2023.

The acquisition, expected to close in the first quarter of 2022, will give Home BancShares assets of about $24 billion, a nearly 35% increase from total assets reported at the end of the third quarter. Home Bancshares will be the controlling entity and its management team will run the combined banks when the deal closes.

The border crossing into Texas puts Home in two of the nation's fastest-growing states: Florida and Texas. "The Happy deal will continue to propel Home and build long-term shareholder value of our combined companies and we're certainly more valuable together than we are apart," Allison told the analysts.

Chief Lending Officer Kevin Hester said the bank remains on track to boost lending as 2021 closes out. "Our plan for the fourth quarter is still solid and reflects what we expected to see when we said that loan growth could return in the last half of 2021," Hester said on the analysts' call.

Home BancShares stock closed Thursday at $24.55, down 0.73% or 18 cents while the Dow Jones Industrial Average was essentially flat for the day.