The debut feature from British studio Locksmith Animation/20th Century Studios, "Ron's Gone Wrong" has plenty of slapstick and potty humor for kids. But adults will also be intrigued by its frequently scathing (albeit somewhat conflicted) critique of consumerism.

Barney (voice of Jack Dylan Grazer) is the only kid in his middle school who doesn't have a B-bot, a personalized egg-shaped digital device that's combination of a smartphone and best friend. While his classmates use their B-bots to make a flurry of posts on social media, Barney's only apparent interest is ... rocks.

The poor kid doesn't have a friend in the world. He lives with his nerdy father, Graham (Ed Helms), who sells novelty gag items, and his grandmother, Donka (Olivia Colman), who escaped Communist Bulgaria for the United States. One fateful birthday, his grandmother manages to get Barney an outdated version of a B-bot that fell off a truck.

It's just what Barney always wanted. Naturally, there's a catch. All the other B-bots are programmed to be just like their human owners, yet Ron (Zach Galifianakis) -- as Barney calls his new electronic familiar -- isn't fully programmed: It can't even connect to the internet. The device spends most of the movie calling Barney "Absalom," a curious reference to a biblical figure who often represents vanity.

It's clear that this horrifying near-future is much like our present. Co-directors Sarah Smith, Jean-Philippe Vine and Octavio E. Rodriguez, working from a script by Smith and Peter Baynham, pack a chilling dystopian punch, especially for a children's movie. The co-creators of the B-bot look suspiciously like Mark Zuckerberg and Bill Gates, and the latter character admits outright that B-bots are tailor-made not just to make money, but to spy on their owners.

Certain design elements recall a more innocent time: Ron looks like he waddled out of an early Macintosh personal computer, a sad reminder of the good old days, when the internet beamed with the promise of connection instead of divisiveness. The animators clearly make a distinction between the old and the new, and it's clear what they prefer: Barney's school and hometown look utterly banal, while Donka's old world design sensibility -- as seen in the decor of the home she shares with Ron -- pops with bold shapes and color. And there's a poignant echo of the 1980s in the character of Graham, who looks like a cartoon version of Molly Ringwald's sad-sack single father, (Harry Dean Stanton in "Pretty in Pink").

The tale loses some steam in the final act. We know that Barney will inevitably make a human friend, but how much will he have to depend on the device to help him? (Needless to say, the film's cautionary message is lost somewhat when you consider that you can actually buy your own interactive night-light version of Ron online -- or a non-fully-functional toy version with your next Happy Meal.) This is not surprising: The film is a co-production of Disney subsidiary 20th Century Studios. As with any other movie released today, it depends on a heavy social media presence for promotion.

Still, "Ron's Gone Wrong" dares to ask the subversive question, "How can you have fun offline?" The implicit answer: Maybe you should start by putting down your device, perhaps even the one on which you're reading this review. 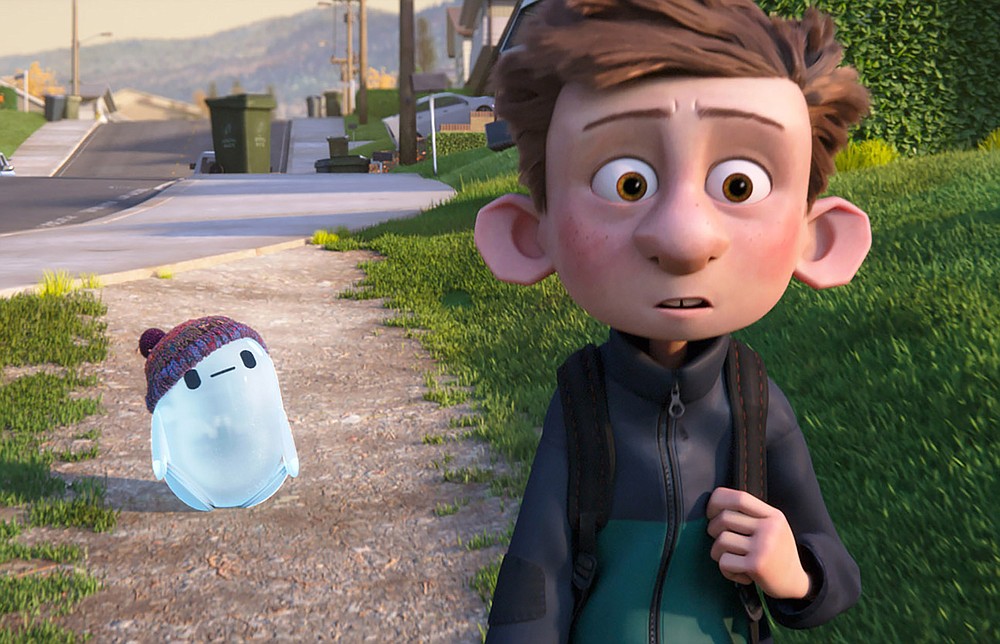