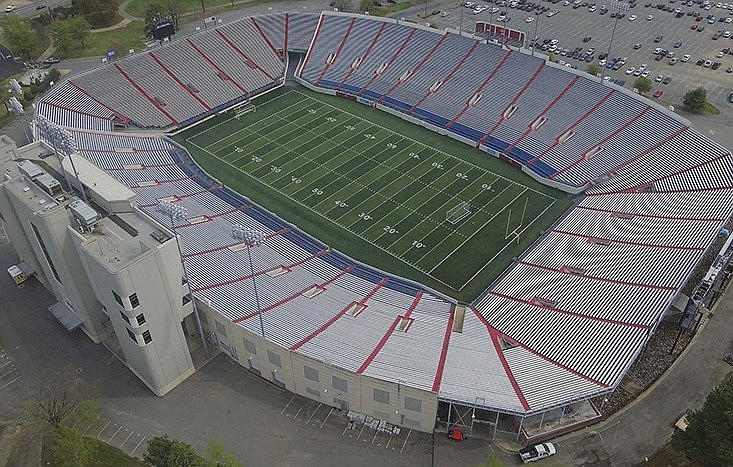 Simmons Bank is in negotiations for naming rights to the field at War Memorial Stadium in Little Rock, the Pine Bluff bank announced in a Friday news release.

The 54,120-person stadium in midtown Little Rock would see some renovations under Simmons Bank's sponsorship, the release stated.

“War Memorial Stadium has a rich history as a sports and entertainment venue that honors our state’s veterans,” said Stacy Hurst, director of the Arkansas Department of Parks, Heritage and Tourism, the agency under which the stadium is housed. “With the support of Simmons Bank, we will be able to make sure that the stadium remains a state treasure for many years to come.”

Simmons Bank is also in the process of acquiring naming rights to Liberty Bowl Memorial Stadium in Memphis and will change the name to Simmons Bank Liberty Stadium. Planned additions to the stadium include a 227,000-square-foot sports and events center.

Saturday's game at War Memorial Stadium kicks off at 11 a.m., and the gates will open at 9:30 a.m. Saturday. As of Friday afternoon, about 40,000 tickets had been sold, said Monika Rued, the public information officer for Arkansas State Parks.