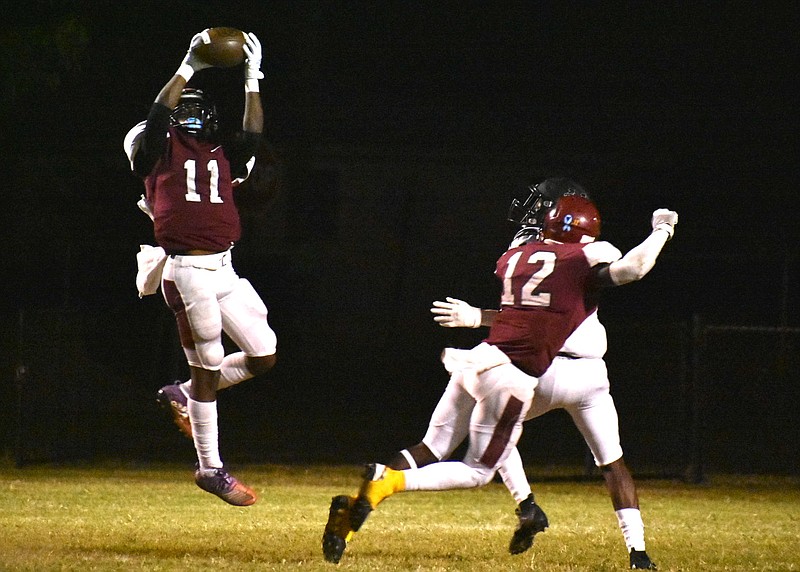 Just three weeks ago, Dollarway was riding a three-game losing streak, and hopes of a fourth-straight playoff berth were all but in jeopardy.

But much like the Cardinals have done with their season, they pushed back in opportune times, relying on their defense to stop Smackover's momentum and capitalized with five touchdowns of 30 or more yards in a 50-14 homecoming win over the Buckaroos.

"That's just us," said quarterback and defensive back Briveon Sample, who completed two of five passes for 70 yards and a touchdown. "We keep fighting. ... It's a mental game. Just stay tough. Keep fighting for four full quarters."

The Cardinals (4-3, 3-2 in Conference 3A-6), who are currently ranked fourth in the conference, pushed their win percentage over .500 for the first time since the season-opening win over Helena-West Helena Central. They overcame an early Smackover threat to go up by two touchdowns with an interception by Sample and scored on five of their next six drives while throwing in a 48-yard Greg McGown kickoff return and 25-yard Micah Thomas fumble return for scores.

Sample returned his game-changing pick 48 yards to the Smackover 32 yardline and Dollarway scored in five plays on a 1-yard Kenyon Carr plunge.

"That turned my team up," Sample said. "They got in first. I told them, 'Let's keep our heads up. Let's keep fighting until the end,' and that's what my team turned around and did."

Then came the big plays.

Devion James reversed his field after picking up a first down and went 71 yards to give Dollarway a 14-8 lead with Sample's two-point conversion run. Javion Cain broke touchdown runs of 88 and 32 yards, pushing the Cardinals ahead 30-8 by halftime.

Sample threw a 41-yard touchdown pass to McGown in the third quarter to put Dollarway up 44-8 and enact the mercy rule, meaning the clock ran continuously except during timeouts.

Smackover (3-5, 1-4), which has lost four of five, took an 8-0 lead on Jarius Burgie's 2-yard run and Brandon Lockhart conversion run and threatened to go up two touchdowns after recovering a muffed kickoff return. But the Buckaroos wouldn't score again until Lockhart uncorked a 63-yard touchdown pass to Dkylan Hildreth with seven minutes left in the game.

Dollarway's defense, which stopped a Smackover drive at its own 1 yardline, picked off a pass and returned a Buckaroo fumble for a touchdown.

"They came out and played hard defensively, first and foremost," Cardinals Coach Martese Henry said. "We try to pride ourselves on playing solid defense. The 'D' in Dollarway stands for defense. We wanted to come out and have a good homecoming showing, and I think we did with the defense."

Dollarway will visit conference-leading McGehee next Friday as Smackover travels to Drew Central. 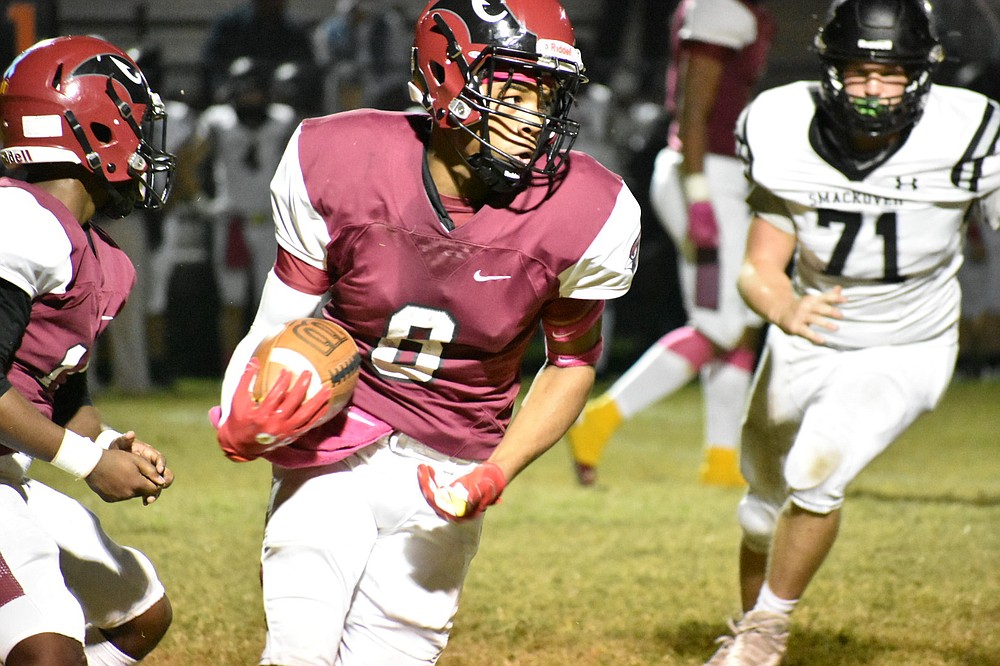 Dollarway halfback Devion James takes a handoff and races 71 yards for a touchdown in the second quarter against Smackover on Friday at Cardinal Stadium. (Pine Bluff Commercial/I.C. Murrell) 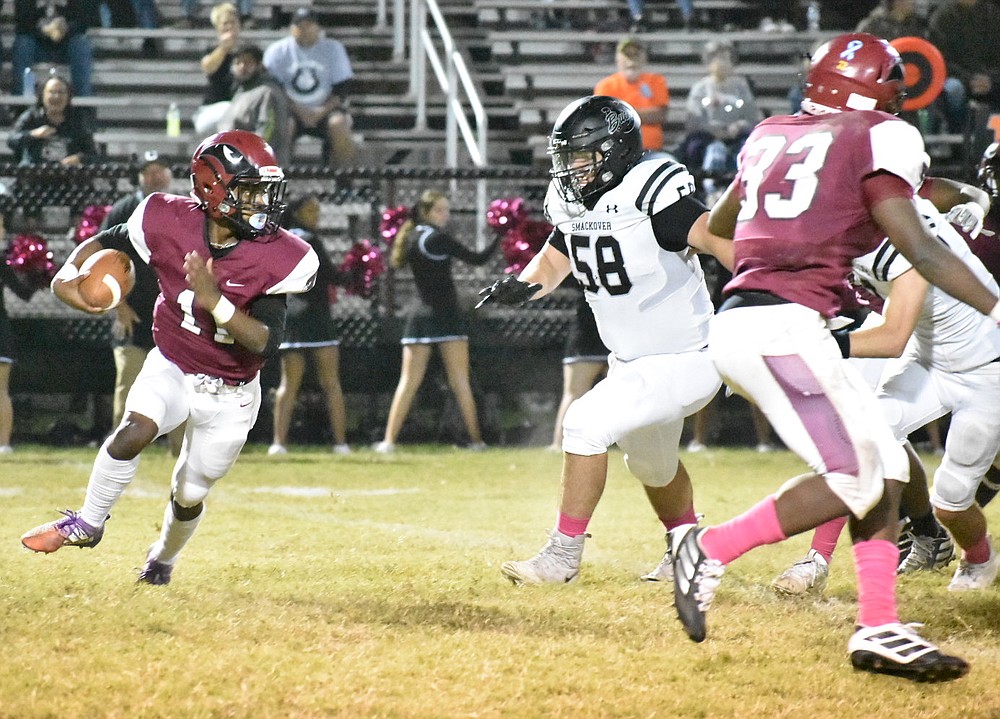