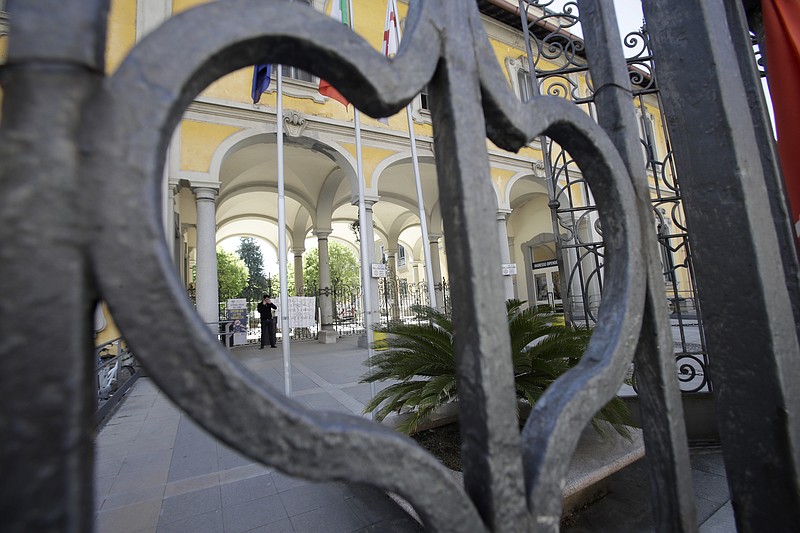 FILE - This Wednesday, April 14, 2020 file photo shows the entrance of the Pio Albergo Trivulzio nursing home, in Milan, Italy. In a statement Friday, Oct. 22, 2021 Amnesty International is calling for an independent parliamentary inquiry into COVID-19 deaths in Italian nursing homes and reports of retaliation against nursing home staff who spoke out about unsafe conditions there. (AP Photo/Luca Bruno, file)

ROME -- Amnesty International is calling for an independent parliamentary inquiry into covid-19 deaths in Italian nursing homes and reports of retaliation against nursing home staff who spoke out about unsafe conditions there.

Amnesty based its findings on interviews with 34 health care workers, as well as union leaders and lawyers. One-third of the workers "raised concerns about a climate of fear and retaliation in their workplace," Amnesty said in a statement Friday.

Italy's nursing homes, like those elsewhere in Europe, the U.S. and beyond, saw a major share of covid-19 deaths, and prosecutors in dozens of jurisdictions have opened criminal investigations into whether the deaths could have been prevented.

Italy was the first country in the West to be hit by the outbreak and soon found itself critically short of protective equipment, face masks and hospital beds, particularly in the hardest-hit Lombardy region. During the first wave of contagion, many residents of elder care facilities in Lombardy weren't even taken to the hospital because there was no room for them.

In addition to the high toll on nursing home residents, Amnesty reported some employees who complained about lack of protective equipment or raised other concerns about unsafe working conditions in the facilities were subjected to disciplinary proceedings.

Italian prosecutors opened a criminal investigation into the Trivulzio home after La Grassa and a handful of doctors and employees raised alarm about high numbers of deaths early on in the outbreak. Some alleged that managers had told them not to wear masks for fear of spooking residents, a charge management denied.

Milan prosecutors recently decided to close their Trivulzio investigation without filing any charges, Italian news agency ANSA reported Sunday. La Grassa was ordered to be reinstated in his job by a Milan tribunal in December 2020.

The overall death toll among residents of Italian elder care facilities isn't known, since residents weren't tested early on in the outbreak and suspected covid-19 deaths don't feature into Italy's official count. The national Superior Institute of Health found that at least 9,154 people died in nursing homes from February-May 2020, but that survey was based on partial responses to a voluntary survey of a quarter of Italy's estimated 4,600 nursing homes.

Amnesty's call for a parliamentary inquiry follows a decision by lawmakers in July to greatly limit the scope of a parliamentary commission of inquest into the pandemic to merely look into the events prior to Jan. 30, 2020, when the government declared a state of emergency and suspended flights to and from China. As a result, the Italian inquiry won't consider the actual outbreak in Italy or how it was handled here, since the first locally transmitted case was only confirmed in northern Lombardy in late February.

Just last week, relatives of victims launched an online petition for Parliament to return to the original scope of an inquiry into the causes of the outbreak here and the actions taken by the government and World Health Organization to try to limit it.

Aside from that, the consumer rights group Codacons has been gathering data on behalf of relatives of people who died in elder care homes and has turned the information over to prosecutors. If those cases ever reach trial, the relatives could join the prosecution as injured parties in the civil portion of the case.

Separately, one class-action lawsuit against the government, health ministry and Lombardy region, filed on behalf of some 500 relatives of victims, has begun in Rome's civil tribunal. The only other major criminal investigation is being handled by prosecutors in hard-hit Bergamo province looking into Italy's preparedness and whether a delayed lockdown there helped fuel the contagion. 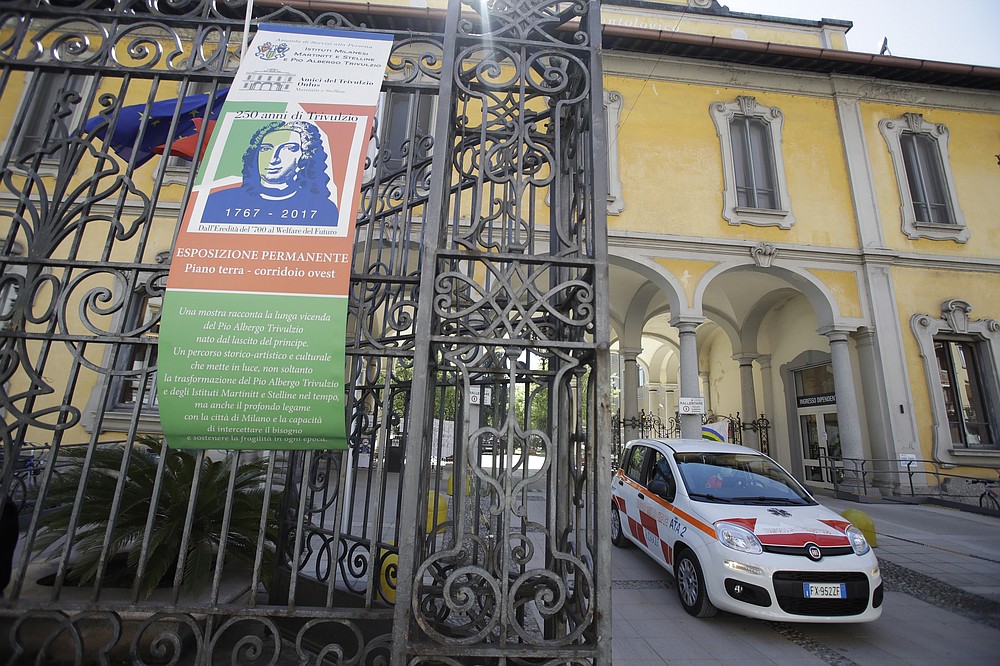 FILE - In this April 14, 2020 file photo, a car gets out of the Pio Albergo Trivulzio eldercare facility, in Milan, Italy. In a statement Friday, Oct. 22, 2021 Amnesty International is calling for an independent parliamentary inquiry into COVID-19 deaths in Italian nursing homes and reports of retaliation against nursing home staff who spoke out about unsafe conditions there. (AP Photo/Luca Bruno, file)