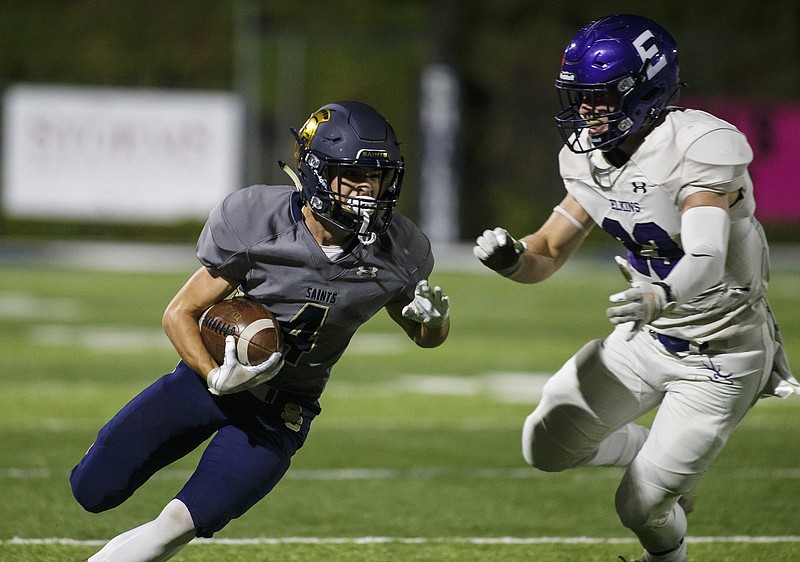 SPRINGDALE -- Cooper Hutchinson spent the offseason working on improving his speed, and the Shiloh Christian senior showed plenty of that Friday night.

Hutchinson caught a pair of touchdown passes, and added a highlight-reel interception as the No. 1 Saints crushed undefeated Elkins 50-0 in Champions Stadium.

Hutchinson caught 5 passes for 129 yards -- all in the first half -- as the Saints (7-1, 5-0 4A-1 Conference) rolled to a 43-0 halftime lead against their second straight undefeated opponent.

"All week we said this is the week we need to throw the ball really well," said Hutchinson who had touchdown receptions of 9 and 50 yards to go along with another catch of 50 yards. "We had a really good week of practice."

Shiloh Christian scored on all six first-half possessions, then put the finishing touches on the win by scoring on its first possession of the second half. Junior quarterback Eli Wisdom was stellar in just one half of play, completing 13 of 20 passes for 296 yards and 4 touchdowns in just 24 minutes of action before watching the second half.

Saints Coach Jeff Conaway said his team focused a lot on its passing attack in the week leading up to the game, but that the offensive line also played a key role in its success.

"Our goal was to protect well and throw accurately and I really believe our offensive line did that," said Conaway. "I think our play-action was really good, Our receivers separated and Eli put the ball on the money and we were able to get some big over-the-top plays early."

The Saints took their opening drive 52 yards to take a 7-0 lead, overcoming a holding penalty on a Wisdom-to-Hutchinson 25-yard scoring strike. The penalty did not slow the Saints much as six plays later Wisdom hit Hutchinson on a 9-yard crossing route for a touchdown with 8 minutes, 52 seconds left in the first quarter.

From that point on the Saints dominated the Elks (6-1, 4-1), holding super sophomore running back Da'Shawn Chairs, who came into the game with 1,010 rushing yards, to just 15 yards in the first half, with 12 coming on his first carry. Chairs did have a 42-yard touchdown run called back for holding where he accelerated through the Shiloh Christian defense.

Wisdom's four touchdowns were to three different receivers. His second score was a 12-yard slate to Bodie Neal for a 15-0 lead.

Shiloh Christian's special teams were also solid, with Jacob Solomon's 19-yard punt return setting up Wisdom's third scoring strike, a 50-yarder to Hutchinson in which he just accelerated past the Elkins defender to catch the ball in stride.

Hutchinson's two biggest plays did not result in touchdowns, but they were no less impressive. One play after a 69-yard Wisdom to Solomon touchdown was negated by a Saints penalty, Wisdom went back to Hutchinson down the right sideline, and the senior somehow brought a juggling pass into his chest before hitting the turf. Two plays later Ben Baker scored on a short run to make it a 36-0 Shiloh Christian lead.

The Saints added two more scores to finish off the game.

Hutchinson did not reserve his big game to just the offensive side of the ball. He also went up high to snare a third-quarter interception to help preserve the shutout.

[Video not showing up above? Click here to watch » nwaonline.com/1023shiloh/]

"Again, this week our mentality was when the ball is in the air, we see the ball and you are no longer a defensive back," said Hutchinson of the interception. "You are a receiver and we're going after the ball. I saw the ball in the air and I knew that I was in position and I just said 'I'm going to go get this ball' and that's what happened." 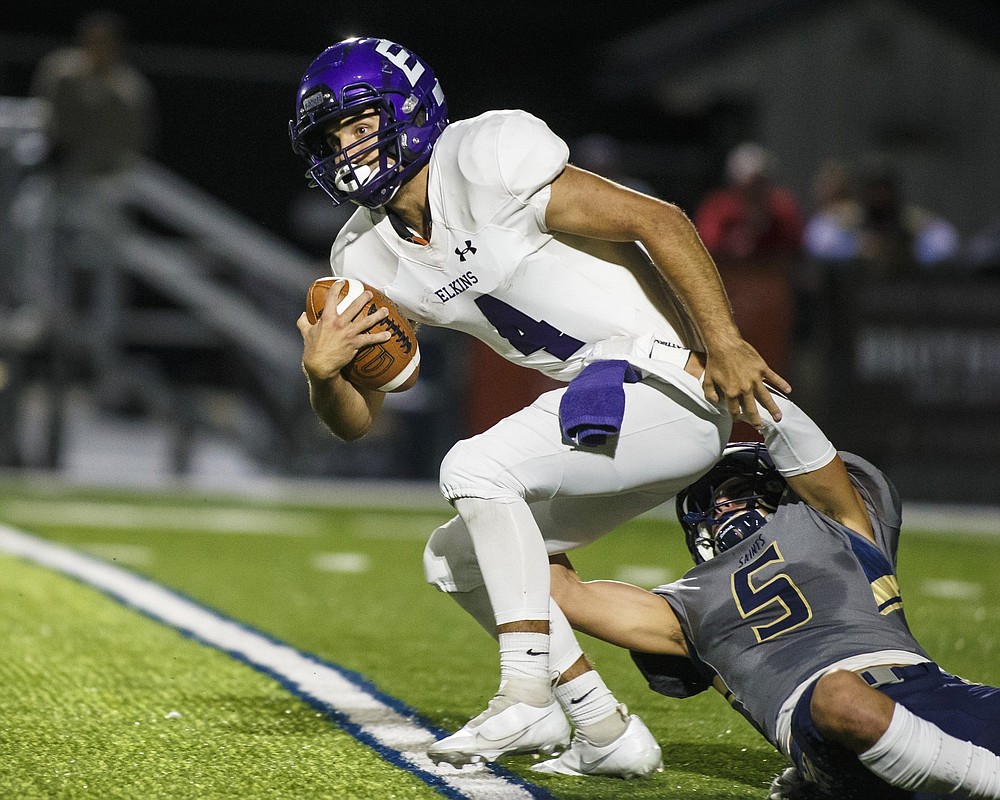 Cooper Hutchinson (5) of Shiloh Christian sacks Braedon Welch of Elkins during the first half Friday. (Special to the NWA Democrat-Gazette/David Beach) 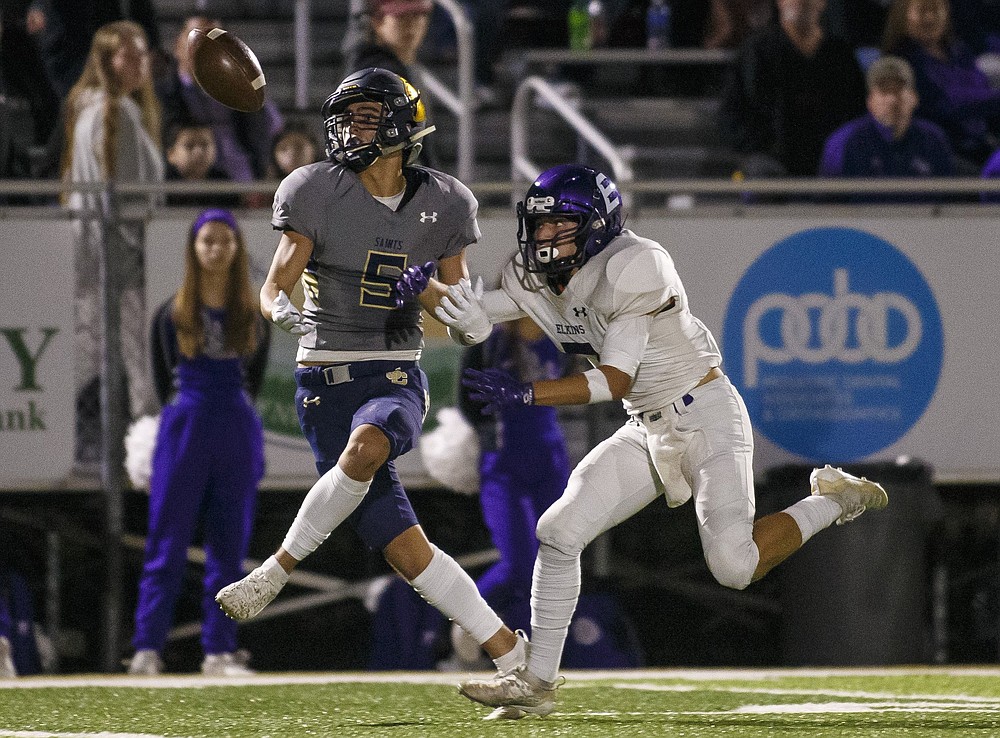