All The Emotions: 'Tiny Beautiful Things' proves no one is alone 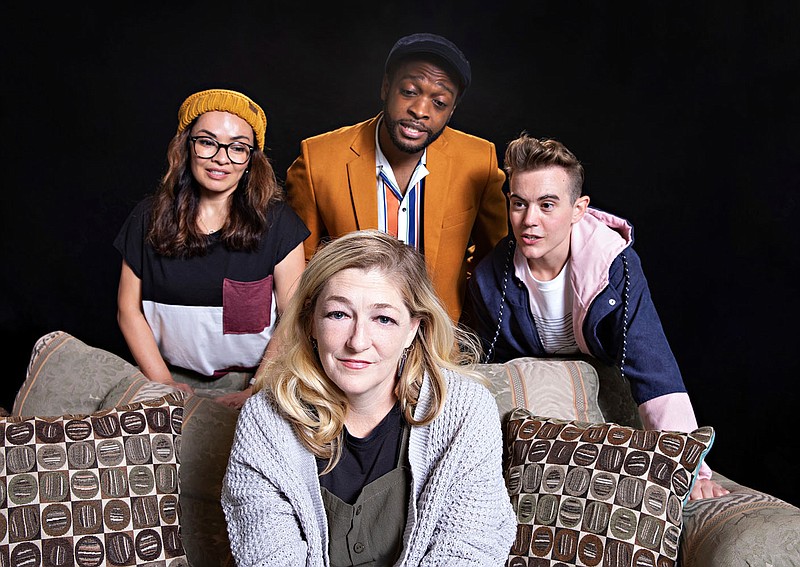 “That’s the thing that I often tell people about this show — it’s gonna break you, but it’s going to build you up and heal you at the same time. You’re going to leave a stronger, better, more empathetic person than when you came in,” says cast member August Forman. (Courtesy Photo/Wesley Hitt for T2)

The practice of writing a stranger for help with a problem -- advice columns, in other words -- dates back at least to the 17th century. Yet when memoirist Cheryl Strayed took over the "Dear Sugar" column at The Rumpus website, she turned 400 years of tradition on its head. On March 11, 2010, her very first answer -- given to the question "What sort of advice column is this?" -- would set the tone.

"If you took all the by-the-book common sense of Dear Abby and the earnest spiritual cheesiness of Cary Tennis. ... and the closeted Upper Eastside nymphomania of Miss Manners and crushed them down into a single diamond-hard gem of pedantic know-it-allism, that's the sort of column that would make the old Sugar puke," Strayed wrote -- anonymously at that point. "But the new Sugar? Kinda digs it."

Strayed was a mother of two young children who had just completed the exhausting process of writing and submitting a book for publication -- "Wild", the best-selling memoir that would eventually be adapted into a movie starring Reese Witherspoon. Then a friend, who had been writing the "Dear Sugar" column, asked if she wanted to take over the role for him. Strayed had no experience giving advice, the gig paid nothing and, since she was writing under a pseudonym, offered no opportunities for professional advancement. Nonetheless, Strayed said yes.

From the first column, her "Dear Sugar" replies -- sometimes heavy, sometimes funny, sometimes blunt, but always sincere -- hit hard, largely because she used sensitive details from her own life to connect with and relate to her letter writers. The death of her mother, her divorce, heroin use, abortion, self-harm, sexual abuse -- seemingly, no topic was taboo. Strayed's willingness to expose her vulnerabilities sparked something in those reading the column. She was an instant sensation.

"I have always turned to literature, to poems and plays and books and, you know, things that people wrote yesterday or things that people wrote 300 years ago," Strayed said in an interview. "And they console me. They make me feel less alone. They make me feel more human, more part of the human family. And so that's what I try to do as Dear Sugar. I tell those stories because I know that story has power."

Strayed's potent words were first collected in a book called "Tiny Beautiful Things," and, in 2016, it was adapted for the stage by actor/writer/director Nia Vardalos. It's this adaptation that TheatreSquared is staging now through Dec. 5. The timing is impeccable. Many of us might be hankering for something to make us feel "less alone" at this particular moment: 19 months into a global pandemic that most of us predicted would be over by now, our nerves frayed, many of us having lost loved ones, the world seeming wildly unpredictable.

"We have been so isolated for the past, almost, two years, and it is so easy to get lost in yourself," says August Forman, who plays Letter Writer 3. Forman is new to the T2 stage, but this is the second time they've performed in "Tiny Beautiful Things," having previously done the show at Victory Gardens Theater in Chicago. "We're all dealing with really heavy, heavy things right now. It's easy to just think you're the only one going through that. Sitting in this audience, listening to the stories that these people brought to Sugar, it is such a good reminder that you are not alone."

"There's a line of Sugar's -- she says she approaches this column with 'radical sincerity'," says Broderick Clavery, who plays Letter Writer 1. Playing Nol in "Shakespeare in Love," he helped baptize T2's new theater in the very first performance in the new space two years ago. "I think the best part about this play and the show and the writing is that it's about community. When you share these letters, and you share these things that you're going through, you're helping others, because then they get to see, 'Oh, there's somebody else.' And then we get to form a community. And then we get to heal."

Forman and Clavery are joined by Francisca Munoz -- last seen on T2's stage as Amalia in "American Mariachi" -- as Letter Writer 2. The trio is tasked with playing dozens of parts, as they take turns giving voice to the various authors of some of Sugar's most memorable letters.

"We've talked among ourselves about how this is an actor's dream," says Munoz. "To be able to play so many different characters, on one stage, at one time. How many times do you get to do that?"

"When it was adapted [for the stage], I know they went through a lot of iterations," says Harris. "The book is amazing and moving, but it's huge. You could never put the whole book on stage. So they narrowed down the number of questions and answers, and they also group some things that are similar and gave it an interesting pace and rhythm. And the arc of it is sort of about Sugar discovering her voice and moving through that -- and in that we get to see a remarkable number of stories and people and meet them. It's beautiful."

But, cast members are quick to say, though there are some heavy emotional moments in the play, it is, ultimately, an uplifting community experience that motivates and inspires.

"I don't want an audience to feel like, 'Oh, boy, here we go.' Because it doesn't feel like that at all. I don't feel like they should walk in -- or not walk in -- because it's going to be 'hard'," Harris says, adding that one of the messages of the play is "it's on you to reach and grow and heal and want and find and succeed. It's about self-reliance. And that's a good message, too, at this time when we're all kind of slugged out. It's good to be reminded, 'OK, no, I have to energize and move myself forward, too."

"I feel it's so poignant, especially now," says Munoz. "We're all still here. We all came out of this horrible time, and we're still here. The human race is strong, your mind is strong, and just the ability to keep going, day by day, one foot in front of the other -- just keep moving. I think it's very important and telling for right now." 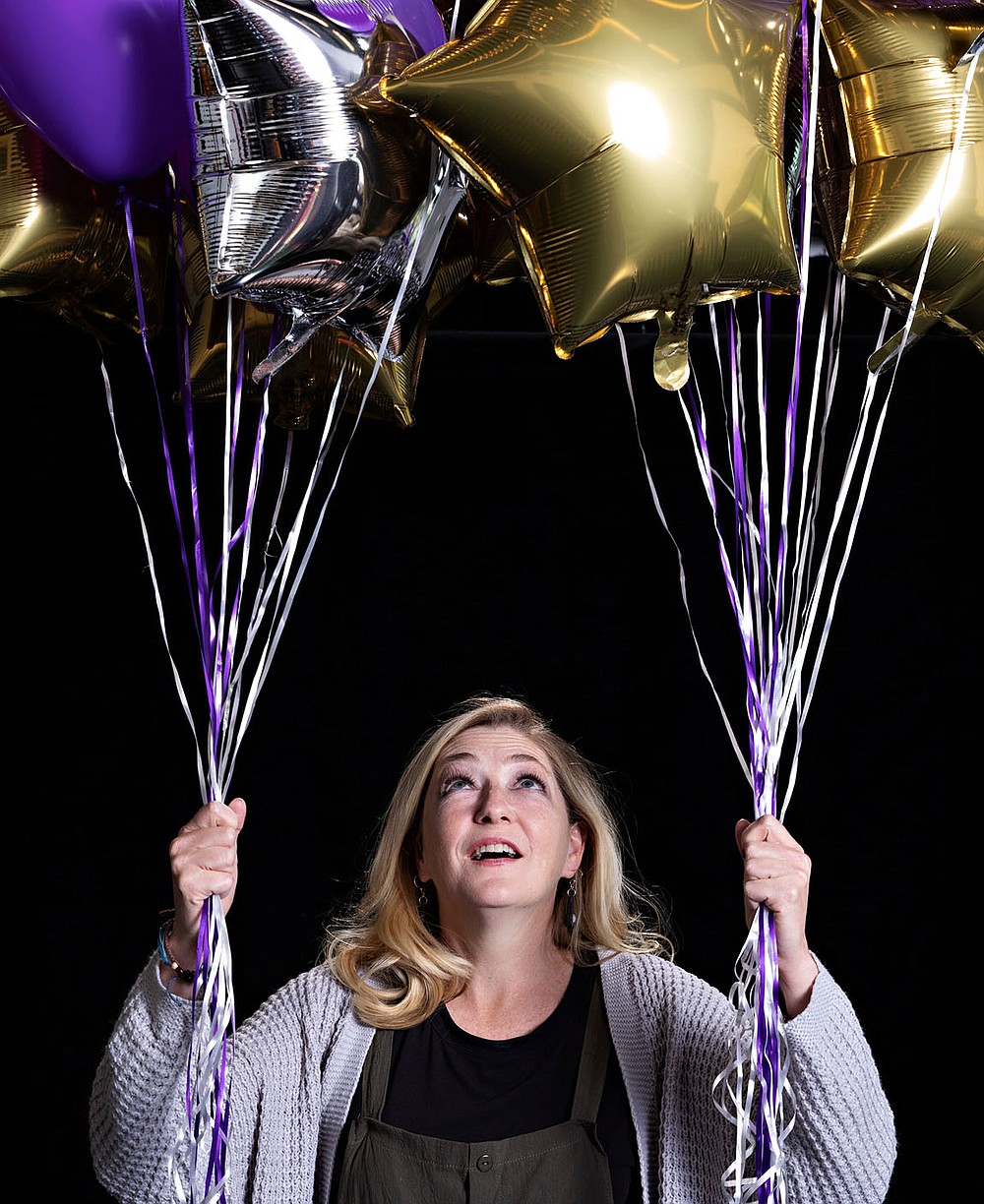 Playwright Nia Vardalos “very much gives you the message of encouragement and empowering, and there’s a belief that everyone can endure whatever is handed to them, and you believe it, too,” adds Rebecca Harris, who plays the lead character in the T2 production of “Tiny Beautiful Things.” (Courtesy Photo/Wesley Hitt for T2)
More News

FYI — Streaming performances are available as well. T2 policy requires proof of covid-19 vaccination or proof of a negative covid-19 test within 72 hours before the performance.

Print Headline: All The Emotions