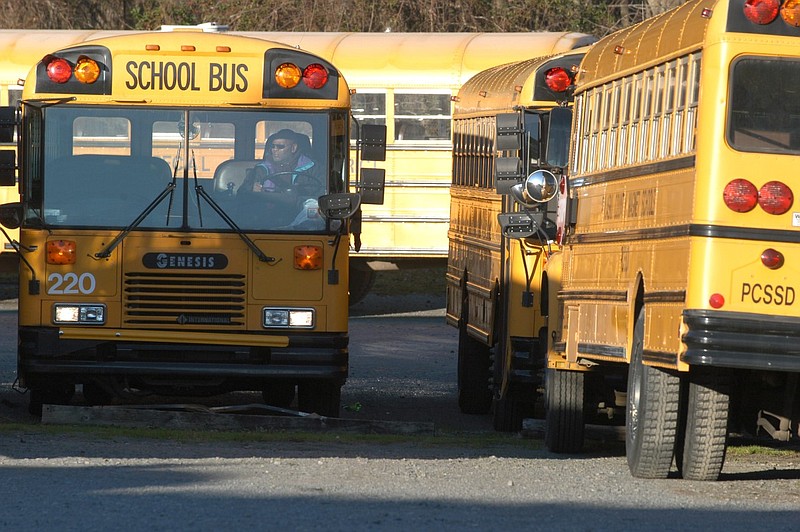 Pulaski County Special School District leaders are submitting to voters on Nov. 2 a plan to generate $80 million for school additions and other improvements without raising annual taxes or extending the levy of debt-service tax mills beyond their current 2048 expiration date.

Early voting in advance of election day will be Tuesday through Friday and on Nov. 1.

Also in the election, Heather Smith of Sherwood and Laurel Tait of west Pulaski County will join the seven-member School Board, replacing Linda Remele and Brian Maune, neither of whom ran for re-election. Because Smith is unopposed for the Zone 3 seat and Tait is unopposed for the Zone 7 seat, their names will not appear on the ballots, as permitted by Arkansas Code Annotated 7-5-2078(2) (A).

"[U]nopposed candidates for all offices, including school board positions, shall be declared and certified elected without the necessity of including those names on the general election ballot," the statute says.

Remele, the district's president since 2016, on Friday called the plan for raising $80 million for campus improvements without a tax increase "a win-win" for the district and taxpayers.

Charles McNulty, the district's superintendent, said very preliminary artist-renderings of the building improvements have been developed, but community members and employees will be asked to participate in formulating more detailed designs if the funding plan wins voter approval.

"Just the facts -- we are putting out a bond restructuring plan based upon our master plan that is to [make] our buildings 21st Century learning facilities," McNulty said Friday. "It is not a millage extension nor a millage increase. It is taking advantage of strong assessed value in our district and getting the money right here, right now for our students."

Plans for the new money if the plan for restructuring bond debt is approved include:

• $35 million for expansion of Robinson High School in west Pulaski County to increase the student capacity to 1,500.

The building plans, which affect each of the four sections of the 12,000-student system, also include a band room for Sylvan Hills High, a new school bus transportation lot for the district's northwest section and upgrades to interior and exterior lighting.

To accomplish the building projects, the district -- with voter approval -- will refinance and restructure its bond debt. In all, the district would issue up to $130,425,000 in bonds that would pay off the existing bonds and generate $80 million for new projects. The district's 14.8 debt-service property tax mills would produce the money the district needs each year to pay off the bond debt by 2048.

Jack Truemper of Stephens Inc., the district's financial adviser, explained the components of the financial plan to the School Board earlier this year, saying the district has three previously approved bond issues, from 2012, 2016 and 2017, that are to be paid off by 2035. He recommended extending the final maturity of those three bond issues and debt payments on them to 2048, which is when the district's existing 14.8 debt-service mills are set to expire.

"What we are in essence doing is leveling out your payments," Truemper told the School Board.

The plan would not result in a tax increase for property owners in the district, he said, nor does it call for extending the 14.8 debt-service mills of the district's overall 40.7-mill rate beyond the current 2048 expiration rate,

"It provides the district with a way to generate project funds for various projects and not change the millage rate at all for the patrons of the Pulaski County Special School District," Truemper said. "I would call it a restructuring and extension of those three bond issues -- extending their maturity out to the 2048 maturity level where the patrons have approved your debt-service mills."

If the measure doesn't pass, the debt-service tax rate in the district will remain at 14.8 mills until 2048, but the schools will not receive improvements and/or expansions, district leaders have said.

The Pulaski County Special district, like all Arkansas school systems, is required by the Arkansas Constitution to put its tax rate on the school election ballot annually -- even if there is no change proposed. The vote on an unchanged millage rate -- favorable or not -- can be seen as a gauge of public satisfaction with a school district.

As recently as the November 2020 school election, which was combined with the general election, better than 56% of voters disapproved the district's overall 40.7-mill tax rate that called for no change. Similarly 54.39% voted against the current millage in the November 2016 election.

When the current millage rate plan is defeated, the rate stays the same.

Pulaski County Special district voters approved a proposed millage extension at a special election in June 2017 to pay for expanding Sylvan Hills High. A majority of voters approved the existing tax rates for the district in 2018 and 2019.