Fayetteville considering use of federal aid money for water projects 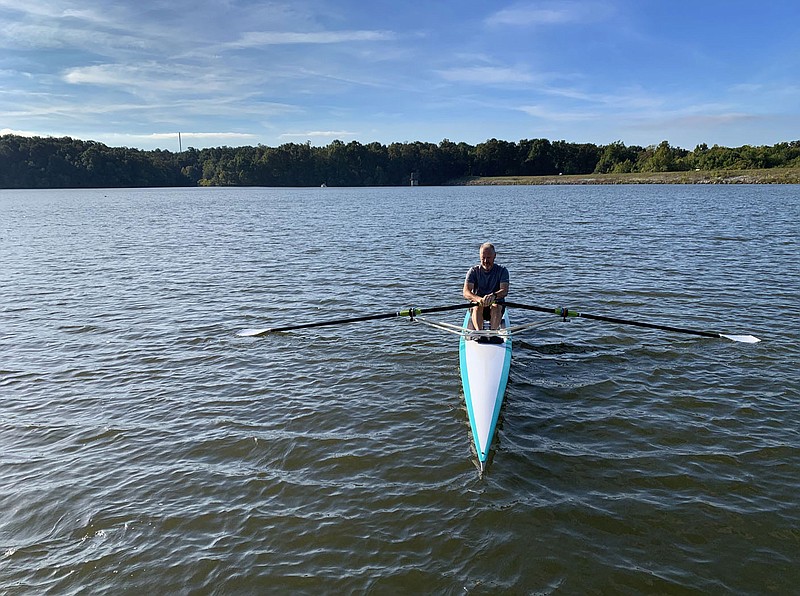 FAYETTEVILLE -- The city may fix a problematic water line on the south part of town, study how to improve the water quality at Lake Fayetteville, and upgrade its water and wastewater computer network using American Rescue Plan Money.

The discussion arose during the City Council's Water and Sewer Committee meeting Oct. 12. Estimated cost of all three projects is $4.6 million.

The city was awarded $17.9 million in federal American Rescue Plan money. It has received half the amount and will receive the other half next year.

Federal guidance says cities can use the money for water and sewer infrastructure, water quality issues and cybersecurity needs related to water and sewer systems. Paul Becker, the city's chief financial officer, told the four City Council members on the committee he felt strongly the proposed projects would qualify.

"When it comes to water and sewer and water quality, that's in the legislation itself," he said. "I have no doubts these items are eligible, and I do have a comfort level because we didn't already have a plan to fund them elsewhere."

The administration plans to present the City Council a package of projects to consider by the end of the year or early next year. Mayor Lioneld Jordan asked council committees and resident advisory panels to evaluate ideas with various department heads to help come up with projects for the package.

The 2.5-mile water line the city wants to fix runs along South Futrall Drive and 18th Street, south of Martin Luther King Jr. Boulevard. The line was installed from the 1960s to 1980s and lies within corrosive soil, Utilities Director Tim Nyander said. The pipe is corroded and experiences frequent leaks, resulting in major water loss, he said.

Previous leaks have resulted in millions of gallons of water lost over the years, Nyander said. The project has not made it to the city's capital improvements list because other projects took priority, he said.

"When we have a leak on this line, it is one of those 'all-hands-on-deck' to get it fixed," Nyander said.

The city wants to find all the weak spots, map out where the valves and line tie-ins are and find where the line has been repaired previously, Nyander said. From there, the city or a consultant can design a repair. The most cost-effective method would be sliplining, he said. The process involves placing a smaller pipe inside the larger host pipe, grouting the space in between the pipes and sealing the ends.

Estimated cost of the project is $4 million. The city uses hydraulic modeling to figure out how much water is needed for an area based on current and projected population growth. The 24-inch line and several lines connected to it provide sufficient water, and an increase in capacity isn't needed, Nyander said.

The City Council approved a resolution in March to improve the water quality at Lake Fayetteville. The goal is for people to be able to swim in the lake.

At least three algae blooms in the last three years prompted the city to put out warnings to residents to refrain from making contact with the water. Inhalation or ingestion of water during an algae bloom can cause nausea, vomiting, rash, irritated eyes, seizures or breathing problems in people and pets, according to the U.S. Environmental Protection Agency. Swimming isn't allowed at the lake for people or dogs, regardless of algae levels.

It also asks the city to seek grants and funding opportunities to help improve water quality at the lake. Additionally, it calls for a watershed improvement plan and implementation of the plan within 10 years.

Council Member Teresa Turk sponsored the resolution and also serves on the committee.

Staff Engineer Alan Pugh said $200,000 would pay for a contract with engineering firm Olsson to study the causes of pollution at the lake and come up with recommendations on how to improve the water quality. Olsson also would combine findings from previous studies done at the lake by the University of Arkansas to use for an overall watershed plan, he said.

"I think we all know a lot of the issue is phosphorous, and a lot of that issue is due to stream bank erosion," Pugh said. "I anticipate that will be first and foremost. But we want to make sure we cover all of our bases and determine what those pollutants are and how to deal with them."

Pugh said money to pay for measures to improve the water quality at the lake would come from a separate funding source, possibly from the other half of the American Rescue Plan money.

The third use of the money would help upgrade the network the city uses to operate its water and wastewater systems. The city has put about $1 million toward upgrading the system over the last few years, said Keith Macedo, information technologies director.

The city has long-term plans to replace the wireless devices, but had not found a source to pay for it, Macedo said. Using American Rescue Plan money would fast-track the process, he said.

Turk said she would look into the request to upgrade the wireless devices. She questioned why the Lake Fayetteville project had the least money allocated of the three.

"I'll be honest -- I'm really wanting the Lake Fayetteville project, but there's only $200,000 in there and there's so much more that needs to be done about Lake Fayetteville," Turk said. "I'm really trying to scrutinize other projects."

The discussion was informational, and the committee did not take a vote on whether to support the proposed projects.