Post-conflagration debris leaves chores to do before visitors can return by The Associated. Press | October 25, 2021 at 3:59 a.m. 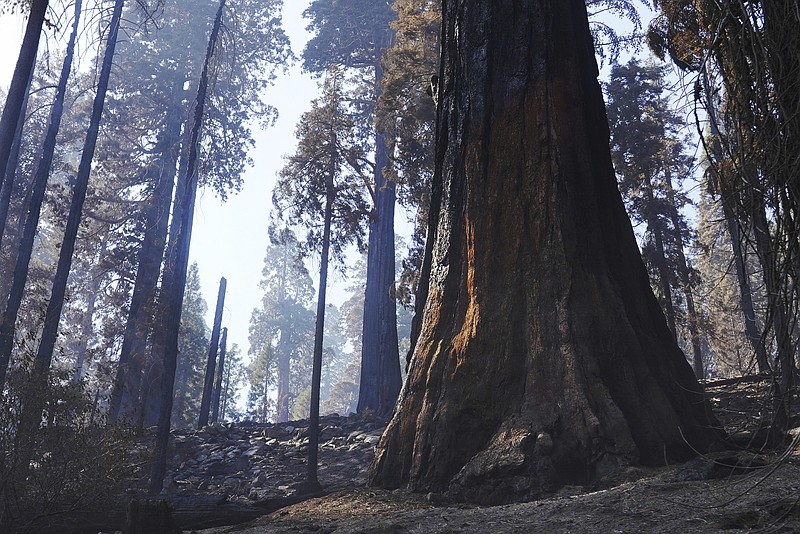 THREE RIVERS, Calif. -- In the wake of California wildfires, upwards of 10,000 trees weakened by fires, drought, disease or age must be removed, work that will keep a nearby highway closed to visitors who seek the world's two largest sequoia trees.

The hazard trees could potentially fall onto people and cars on the section of State Route 180 known as Generals Highway, or they could create barriers for emergency and fire response, the Sequoia and Kings Canyon national parks announced Friday.

The highway is closed because of the KNP Complex blaze, which was 60% contained after burning 138 square miles of forest, and will remain blocked off to visitors after the fire is out while saw crews cut down trees and trim branches. Cooler weather has helped slow the flames and the area was expected to see rain starting Sunday.

The KNP Complex has been burning since Sept. 9, when lightning ignited two fires that later merged.

Forest officials said earlier this month the fires may have killed hundreds of giant sequoias, but the full extent of the damage has not been determined.

The fire's impact on giant sequoia groves was mixed. Most saw low- to medium-intensity fire behavior that the sequoias have evolved to survive, and the most notable trees survived.

Firefighters took extraordinary measures to protect the sequoias by wrapping fire-resistant material around the bases of some giants, raking and clearing vegetation around them, installing sprinklers and dousing some with water or fire retardant gel.

On Friday, forest staff unwrapped the base of the General Sherman tree after danger from the fire had passed.

Drought in the West tied to climate change is making wildfires harder to fight. Scientists say climate change has made the West much warmer and drier in the past 30 years -- meaning the rain and snow that does fall is likely to evaporate or absorb into the soil -- and will continue to make weather more extreme and wildfires more frequent and destructive.

Recent storms have helped contain some of the nation's largest wildfires this year, including one that threatened the popular Lake Tahoe resort region this summer and is now 100% contained after snow blanketed the western side of the blaze and rain dropped on the eastern side. But this week's storms won't end drought that's plaguing California and the western United States. 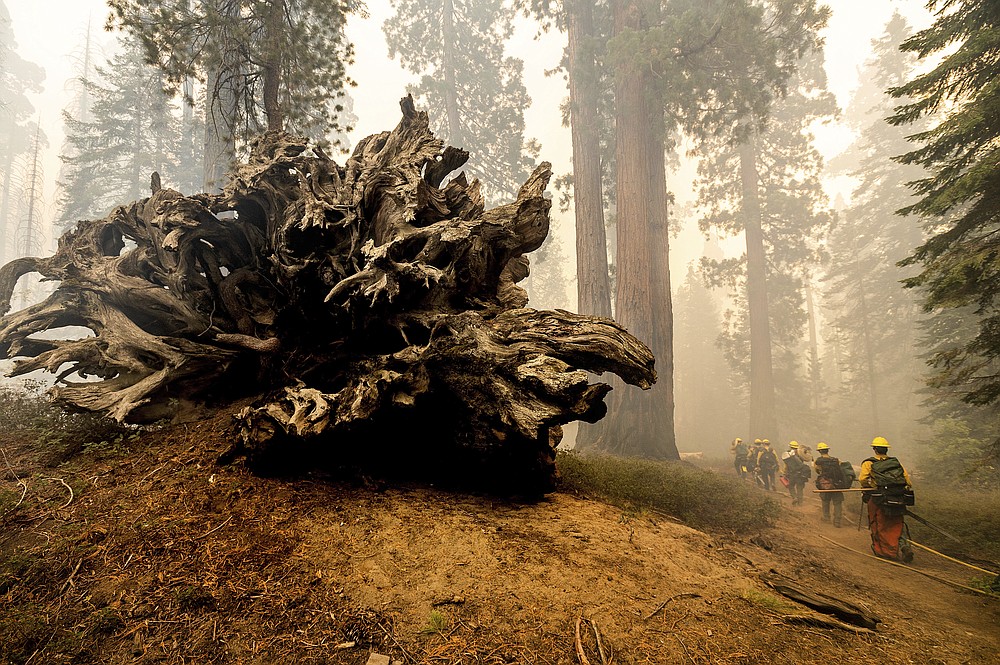 FILE - In this Sunday, Sept. 19, 2021, file photo, firefighters battle the Windy Fire as it burns in the Trail of 100 Giants grove of Sequoia National Forest, Calif. The California highway connecting visitors to the world's two largest sequoia trees remains closed so crews can remove as many as 10,000 trees weakened by wildfires, drought, disease or age. (AP Photo/Noah Berger, File) 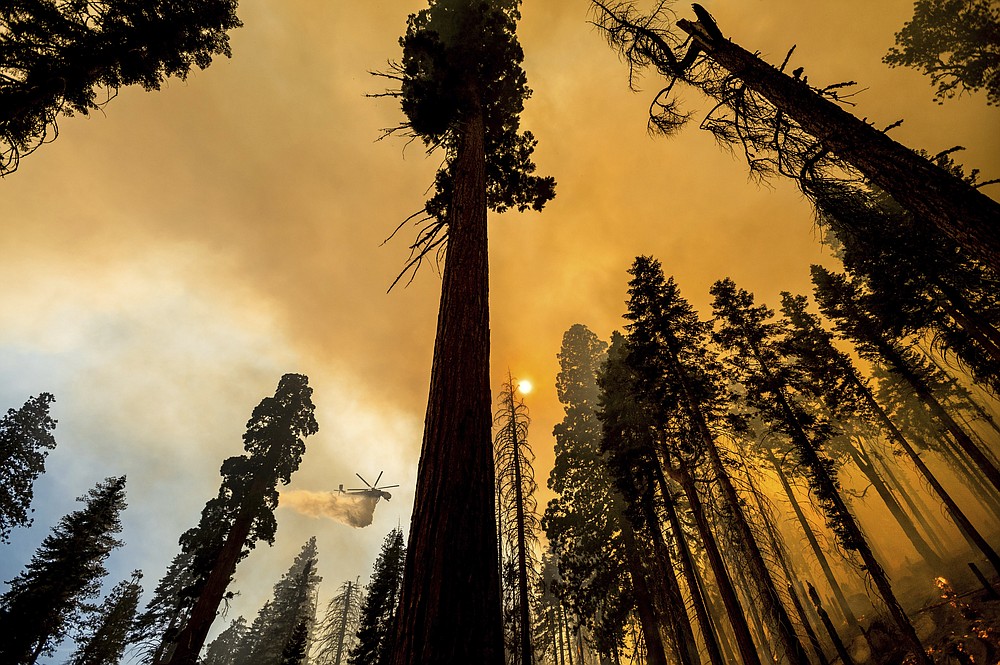 FILE - In this Sept. 19, 2021, file photo, a helicopter drops water on the Windy Fire burning in the Trail of 100 Giants grove of Sequoia National Forest, Calif. The California highway connecting visitors to the world's two largest sequoia trees remains closed so crews can remove as many as 10,000 trees weakened by wildfires, drought, disease or age. (AP Photo/Noah Berger, File)