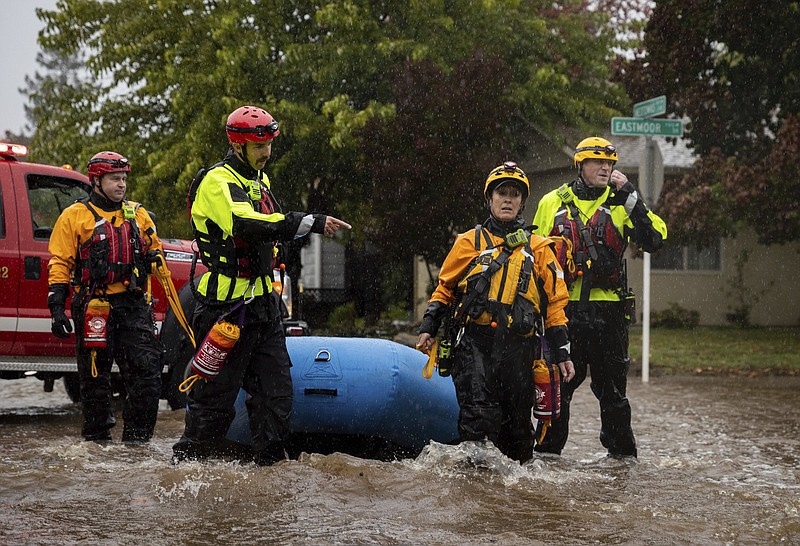 Drenching rain and strong winds accompanied the arrival of an atmospheric river -- a long and wide plume of moisture pulled in from the Pacific Ocean that was expected to move south over the next few days. The National Weather Service's Sacramento office warned of "potentially historic rain."

Flooding was reported across the San Francisco Bay Area, closing streets in Berkeley and inundating the Bay Bridge toll plaza in Oakland. By sunrise Sunday, Mount Tamalpais just north of San Francisco had recorded over 6 inches of rainfall during the previous 12 hours, the weather service said on Twitter.

"Some of our higher elevation locations could see 6, 7, 8 inches of rain before we're all said and done," weather service meteorologist Sean Miller said.

About 150 miles to the north, the California Highway Patrol closed a stretch of State Route 70 in Butte and Plumas counties because of multiple landslides within the Caldor Fire burn scar.

"We have already had several collisions this morning for vehicles hydroplaning, numerous trees falling, and several roadways that are experiencing flooding," tweeted the highway patrol's office in Oroville. "If you can stay home and off the roads today, please do. If you are out on the roads, please use extreme caution."

In nearby Colusa and Yolo counties, state highways 16 and 20 were closed for several miles due to mudslides, the state Department of Transportation said.

Burn areas remain a concern, as land devoid of vegetation can't soak up heavy rainfall as quickly, increasing the likelihood of flash flooding.

"If you are in the vicinity of a recent burn scar and haven't already, prepare now for likely debris flows," the Sacramento weather service tweeted. "If you are told to evacuate by local officials, or you feel threatened, do not hesitate to do so. If it is too late to evacuate, get to higher ground."

South of San Francisco, evacuation orders were in effect in the Santa Cruz Mountains over concerns that several inches of rain could trigger debris flows in the CZU Lightning Complex Fire burn scar. Further south, parts of western Santa Barbara County saw evacuation warnings upgraded to orders in the area burned by this month's Alisal Fire.

Strong winds were also expected, with gusts of up to 60 mph at the windiest spots in Northern California. Elevations above 9,000 feet in the Sierra Nevada could get 18 inches of snow or more from Sunday until Monday morning.

Recent storms have helped contain some of the nation's largest wildfires this year. But it remains to be seen if the wet weather will make a dent in the drought that's plaguing California and the western United States.

California's climate is hotter and drier now and that means the rain and snow that does fall is likely to evaporate or absorb into the soil. 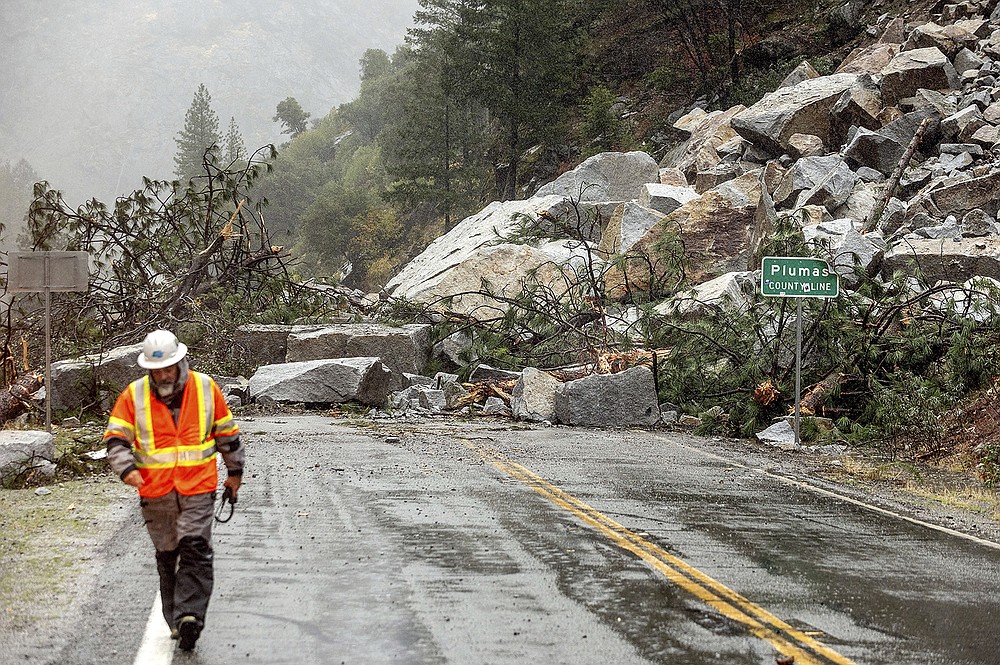