OPINION | READ TO ME: This little chicken crossed the road — and crossed over 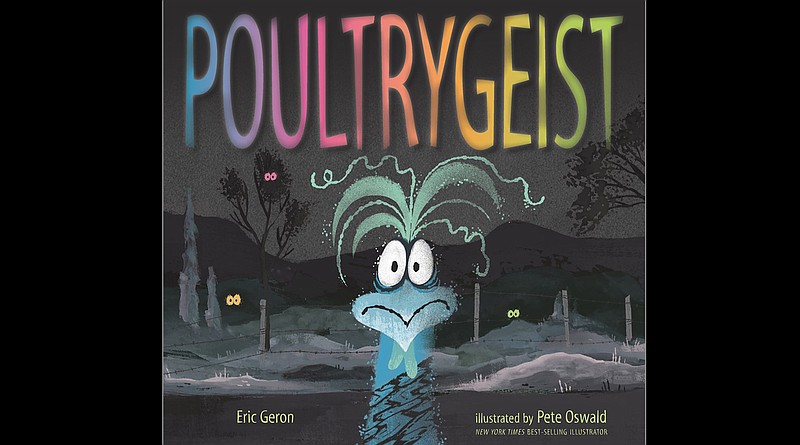 A beautifully executed, comedic children's picture book that's just the thing for Halloween is not necessarily going to delight everyone. Halloween humor can be a little dark.

The cute characters in this story are roadkill. In the real world, roadkill is not cute. It's tragic.

But have you ever looked up the backstory of Casper the Friendly Ghost? A little dark. And yet friendly.

Like Casper, the title character of "Poultrygeist" is badgered by mean ghosts that want it to behave badly.

The story opens with a bang. The chicken is crossing the road to get to the other side when along comes a big truck, and the chicken finds itself translated into translucence on, ahem, The Other Side.

A chorus of more colorful but equally translucent, pun-popping roadkill animals begin pressuring the chicken to be scary. These meanies include a deer, a rat, a cat, a fox, an owl and the less often seen along Arkansas roadsides alligator. These are not terrifying spooks; these are childish critters trying to be terrifying.

"What we are trying to say now, Chicken, is that you are a ... Poultrygeist."

The chicken doesn't want to swirl its head 360 degrees and haunt anyone, especially not innocent readers who were just trying to enjoy a nice story about a chicken. Stricken with concern, the chicken addresses the reader: "Psst! Are you OK?"

The other ghosts call the chicken a chicken and "weak in the beak."

Will our hero, which protests that it is — or was — just a little spring chicken, go along with the crowd? If not, how will it persuade them to drop the pressure tactics?

Turns out, this ghost can stand up for itself.

The story's cute, up to and including a spoof horror-story ending. Pete Oswald's illustrations really sell it, with cartoonishly intense characters that half-dissolve against inky blackness. Inky ... that's a little dark.