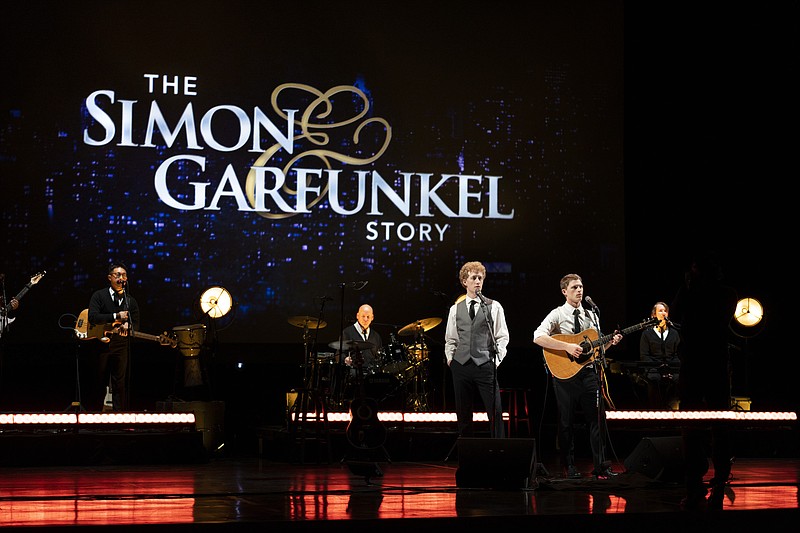 A band backs Ben Cooley (left) as Art Garfunkel and Taylor Bloom as Paul Simon in “The Simon & Garfunkel Story.” (Special to the Democrat-Gazette/Lane Peters)

It has been more than a decade since Paul Simon and Art Garfunkel shared a stage (at the New Orleans Jazz & Heritage Festival in 2010), but you can get a taste of what made them one of the hottest duos in rock 'n' roll at "The Simon & Garfunkel Story," a concert-style theater show onstage at 7:30 p.m. Friday, 2 and 7:30 p.m. Saturday and 1 p.m. Sunday at Little Rock's Robinson Center Performance Hall.

The show follows the duo from humble beginnings (as Tom & Jerry in the late '50s) through their successes in the '60s, their split in 1970 and their 1981 "The Concert in Central Park" reunion, employing video projection, photos and original film footage and a full live band.

These Little Rock performances kick off a nationwide tour as well as Celebrity Attractions' 2021-22 season.

"The show doesn't have any scenes, per se," says Taylor Bloom, who plays Paul Simon. "Ben [Ben Cooley, who plays Art Garfunkel] and I explain every few songs what's going on in Paul's and Art's lives."

[Video not showing above? Click here to watch: arkansasonline.com/1026garfunkel]

Behind them, Bloom says, "a big projection screen shows what's going on in the world" as the musicians' career grows, including scenes from the Summer of Love in 1969.

The show also shares "a little information that even the most devoted Simon & Garfunkel fans might not know," he adds.

The two performers don't actually attempt to impersonate the singers, but "Ben and I have worked really hard to achieve vocal tone and character," Taylor says. And, "during any song, any audience member can close their eyes and hear Simon & Garfunkel singing."

The show originated in the United Kingdom, the work of British writer-creator-director Dean Elliott, who wrote it in 2014 and was the first Paul Simon onstage. It toured around Europe and the world — it has played in more than 50 countries — before arriving in the United States in 2017, where it has been touring off and on since 2017. 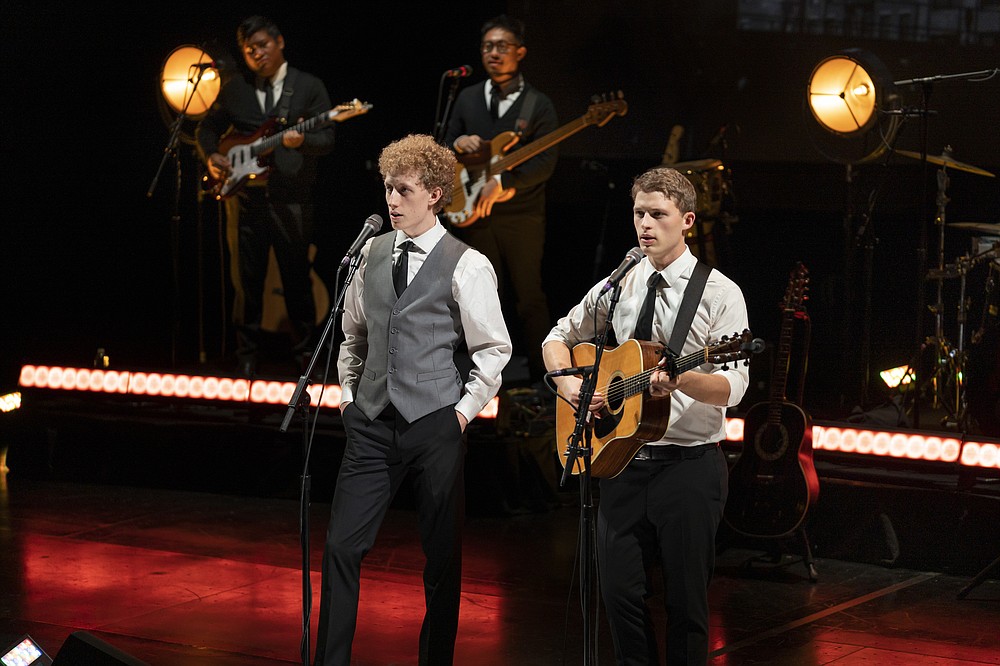 (Special to the Democrat-Gazette/Lane Peters)

Bloom and Cooley were set to arrive in Little Rock on Sunday for rehearsals in the venue.

It includes one song "that is a Paul Simon tune, not a Simon & Garfunkel tune," Bloom says. "'Late in the Evening.' It's exciting, upbeat, and we have a lot of fun. There is a medley toward the end — not to give too much away — that provides hints of what follows the Concert in Central Park." After an acerbic split in 1970, Simon went on to achieve a sizable success as a solo singer-songwriter. Garfunkel, though he had a few subsequent solo hits, briefly also pursued an acting career.

"I get asked all the time if our relationship mirrors Art's and Paul's," Bloom says. "Ben and I get along very well."