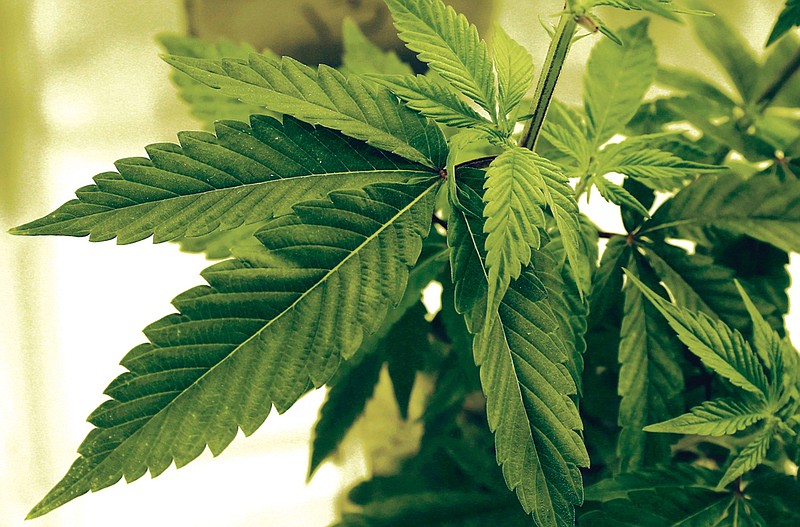 A group led by a former state lawmaker has filed a statement of organization to advocate for a ballot initiative to legalize recreational marijuana in Arkansas.

Responsible Growth Arkansas is chaired by Eddie Armstrong, a former Democratic state representative from North Little Rock, according to an Oct. 15 filing with the Arkansas Ethics Commission. Little Rock accountant T.J. Boyle is listed as treasurer.

The amendment itself had not yet been filed with the Arkansas secretary of state's office as of Monday afternoon, though the statement of organization says the group will "advocate for the passage of an amendment to the Arkansas Constitution to allow the regulated sale of adult use cannabis in the state."

Armstrong, who served in the state Legislature from 2013 to 2019, said in an email that more specific information would be forthcoming in the next few weeks.

Armstrong is a former state House minority leader as well as a founder of Cannabis Capital Corp., a Chicago-based consulting group for the medical marijuana industry, the Arkansas Democrat-Gazette reported in 2019.

Responsible Growth Arkansas is one of at least two organizations that will seek to put the question of legalizing recreational marijuana to Arkansas voters in 2022.

The other, Arkansas True Grass, has no corporate structure and has gathered more than 30,000 signatures, spokesman Jesse Raphael said. The group filed its amendment in May 2020.

That measure, the Arkansas Recreational Marijuana Amendment of 2022, would legalize recreational marijuana for people 21 and older. The cost of a license for a medical marijuana business would not exceed $500 a year and there would be no cap on the number of businesses in the state.

Any person serving incarceration, probation or parole solely for marijuana offenses would be released and have their criminal record expunged under the amendment.

To qualify to place a constitutional amendment on the ballot, a group must collect at least 89,151 signatures of registered voters or 10% of the votes cast for governor in the 2018 general election.

A new state law, Act 951 of 2021, requires canvassers collecting signatures for ballot initiatives to be Arkansas residents and prohibits paying canvassers on a per-signature basis.

Raphael said all of Arkansas True Grass' canvassers are volunteers.

In addition to the Arkansas Recreational Marijuana Amendment, eight other ballot initiative and referendum petitions had been filed with the secretary of state's office:

• The Arkansas Township Amendment of 2022

Clair Danner, the listed sponsor of the Arkansas Cannabis Industry Amendment, said Monday she had stepped down and someone else had taken over. The amendment would not legalize recreational marijuana but instead would enable anyone to create their own cannabis or industrial hemp business, she said.

The two referendum petitions are by the group Arkansans for a Unified Natural State.

They seek the repeal of the congressional redistricting plan passed by lawmakers last month. The new districts approved by the General Assembly split Pulaski County between three U.S. House districts.