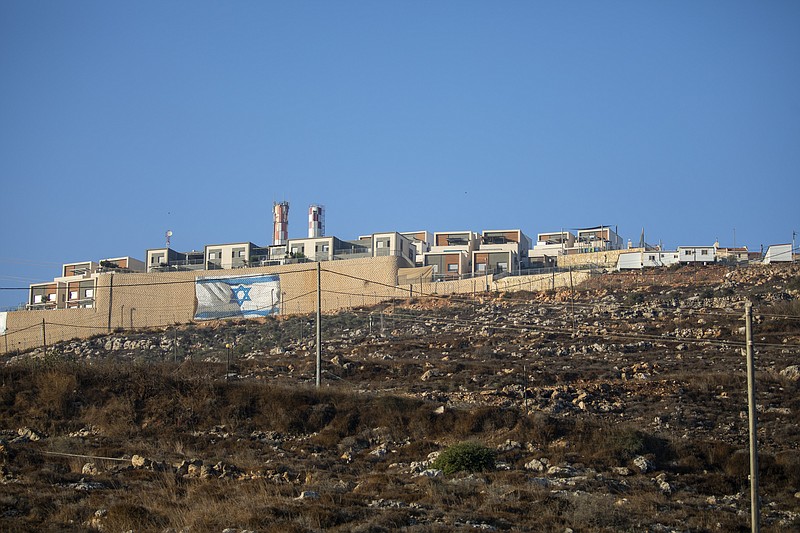 An Israeli flag is painted on the surrounding wall of the West Bank Jewish settlement of Migdalim near the Palestinian town of Nablus, Monday, Oct. 25, 2021. Israel is expected to move forward with thousands of new homes for Jewish settlers in the West Bank this week, a settlement watchdog group said Sunday. (AP Photo/Ariel Schalit)

JERUSALEM -- Israel's plans to advance the construction of thousands of new settlement homes in the occupied West Bank have angered the Palestinians and drew criticism Monday from a left-wing member of the country's fragile coalition government.

Israel on Sunday announced construction tenders for 1,355 housing units in the West Bank, the first move of its kind since President Joe Biden assumed office pledging to take a harder line on the settlements. It appeared to run contrary to the government's vows to reduce tensions with the Palestinians, who view the settlements as the main obstacle to peace.

Israel is expected to authorize some 3,000 additional settler homes in the West Bank later this week, a move that has already drawn calls for restraint from the U.S.

The announcement of tenders is one of the final steps before construction can commence. It green-lights bidding on contracts for hundreds of housing units in Ariel, Beit El and other Jewish settlements deep inside the West Bank. Israel captured the territory in the 1967 war, and the Palestinians want it to form the main part of their future state.

Israeli Housing and Construction Minister Zeev Elkin, of the right-wing New Hope party, on Sunday welcomed the marketing of the tenders.

But Health Minister Nitzan Horowitz, leader of the dovish Meretz party, said Monday in an interview with public radio broadcaster Kan that his faction "will explicitly not agree to actions that will harm the chances of reaching a solution" with the Palestinians.

"I understand that this government, in the existing situation, won't sign a peace treaty with the Palestinians right now, but still, we must avoid actions that worsen the situation," Horowitz said. He remained confident, however, that the coalition would remain united and pass a national budget before a Nov. 14 deadline despite its differences.

Israeli Foreign Minister Yair Lapid, addressing a meeting of his centrist Yesh Atid party, said that when the government was formed earlier this year it committed to not building new settlements but allowing "natural growth" in existing ones.

"In the next four years, we will act and we will argue and pass budgets and lower the cost of living and continue to lead the world in fighting coronavirus," he said. "And we will also fight from time to time over settlements and the Palestinians and security and the economy."

In addition to the settlement projects, the government also plans to authorize 1,600 housing units for Palestinians in the West Bank. But the Palestinians and rights groups say that's only a tiny fraction of the need.

The Palestinians say decades of settlement expansion have made it nearly impossible to establish a viable state alongside Israel, which is still seen internationally as the only realistic way to resolve the decades-old conflict.

The European Union called on Israel to halt settlement construction and not to proceed with the announced tenders.

"Settlements are illegal under international law and constitute a major obstacle to the achievement of the two-state solution and a just, lasting and comprehensive peace between the parties," it said in a statement Monday.

Its current prime minister, Naftali Bennett, is a strong supporter of the settlements and is opposed to the creation of a Palestinian state. Israel and the Palestinians have not held substantive peace negotiations in more than a decade.

Mohammad Shtayyeh, the prime minister of the Palestinian Authority, which has limited autonomy in parts of the occupied West Bank, on Sunday condemned Israel's settlement plans and called on the U.S. and the international community to push back on them.

The announcement of new housing units and last week's outlawing of Palestinian rights groups for alleged terrorism links have rattled Israel's governing coalition. It is made up of eight parties ranging from ultranationalists who promote settlement construction to more dovish groups that want renewed peace talks with the Palestinians. 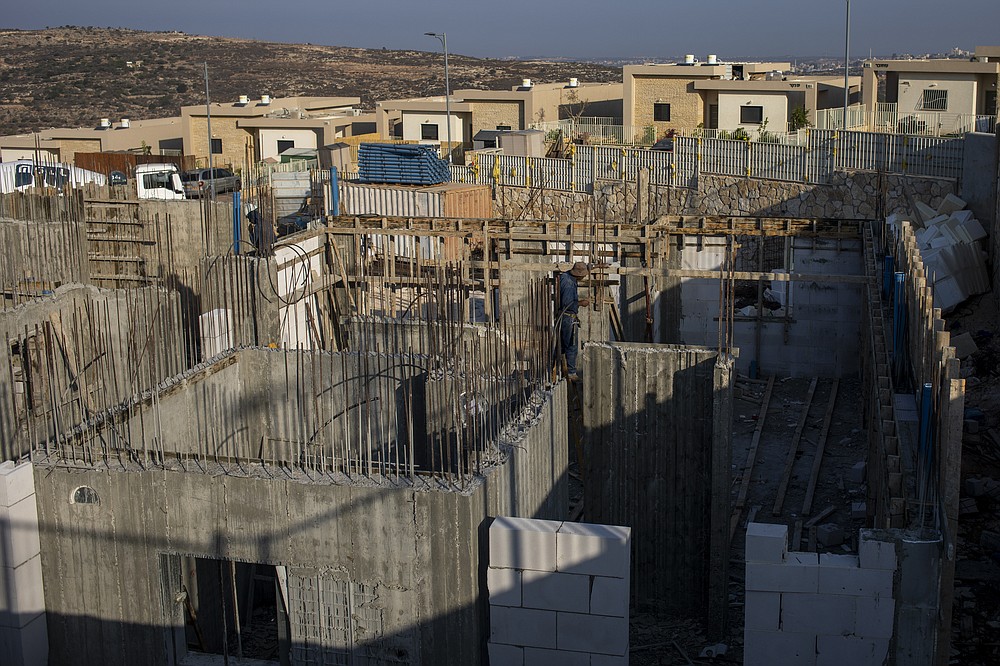 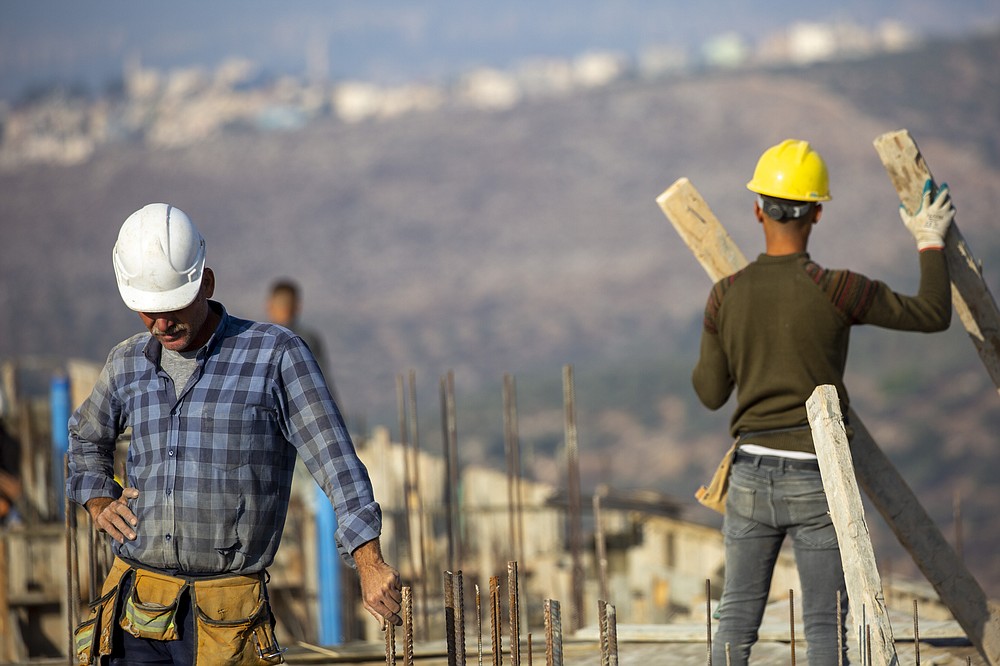