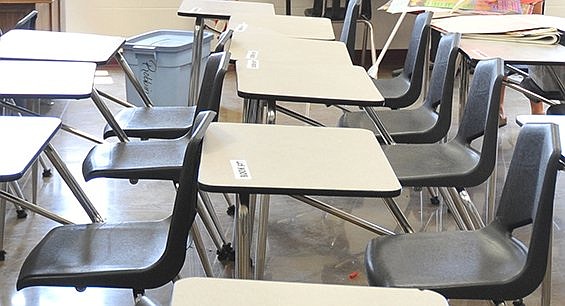 A group of Pulaski County Special School District parents want the School Board to reverse the district's mandate that students and employees wear masks when inside schools in defense against covid-19.

The parent group, led by Rebekah L. Davis, Tonya Yielding and Karyn M. Maynard, has petitioned the board for a special meeting to be held one day this week. The group wants the session to be conducted in a way in which district patrons can personally attend and can address the board.

Arkansas Code Annotated 6-13-619 states that the board of directors of a public school district shall meet when petitioned to do so by "50 qualified electors in the school district." The petition must contain the printed name and address of each elector signing the petition and must meet other qualifying factors.

The petition was submitted to the district on Friday.

"We are aware of the petition and we are currently in the process of validating the addresses of each person who signed the petition," Jessica Duff, a spokeswoman for the district, said Monday afternoon.

"We are actively consulting with our attorneys on this matter and what our next steps should be. This is an interesting facet of the law that is rarely implemented. So it's new territory for us at this point," Duff said in an emailed response to questions.

The petition for a meeting to repeal the mask mandate comes after the School Board voted 4-2 on Oct. 12 to continue for another 60 days a requirement that students and employees wear masks when inside schools.

Board members Brian Maune and Eli Keller voted against continuing the mask mandate. Board members Linda Remele, Stephen Delaney, Tina Ward and Shelby Thomas voted to keep it. Board member Lindsey Gustafson was absent that night.

The Pulaski County Special district has been among the top five Arkansas school districts in terms of numbers of active covid-19 cases in recent days, according to the Arkansas Department of Health's twice-a-week report on active and cumulative covid cases in school systems.

As of Monday, the district ranked third-highest in the state with 36 active cases, the same as Thursday and down three from the 39 cases reported Oct. 18. There were 41 cases on Oct. 14.

Since Aug. 8, the Pulaski County district has had 352 cases of covid-19 among students and employees, which is lower than cumulative case counts in districts such as Springdale, Bentonville, Rogers, Little Rock and others.

"Our mask discussion is currently scheduled for the December board meeting as was decided at the last meeting (October)," Duff said.

The board's next regularly scheduled meetings are Nov. 9 and Dec. 14.

"If the discussion comes up in public comments, the Board will listen," Duff said.

Maynard, who described herself as the parent of a district student, emailed the petition to the School Board members Friday with an introductory note:

"You will find attached a petition with the signatures of electors from the PCSSD area requesting a board meeting," Maynard wrote. "You will find the reason for our request is to repeal the current mask mandate that was put into effect without constitutional authority on August 10, 2021.

"You will also find the ruling from [Benton County Circuit] Judge Xollie Duncan on the lawsuit filed against the board members of Bentonville Schools on behalf of several parents and we have also copied Attorney Greg Payne who litigated the Bentonville suit on this email," Maynard said.

Duncan, ruling in a lawsuit brought against the Bentonville district by three parents, said she could find no state law that gave the district the authority to issue a mask mandate. She granted the parents' request for a temporary order that keeps the district from enforcing the mandate.

Gov. Asa Hutchinson last week called Duncan's decision "poorly reasoned" and said he continues to support Pulaski County Circuit Judge Tim Fox's Aug. 6 decision in a different lawsuit that stopped the state from enforcing Act 1002 of 2021. Act 1002 barred school districts and other government agencies from requiring people to wear the masks. Hutchinson signed the bill into law but later said he regretted it as the number of covid-19 cases surged in the summer.

The governor said it is important for school districts to have flexibility on requiring masks, particularly as long as children under 12 years old are ineligible for covid-19 vaccinations.

The plaintiffs in the Benton County case are represented by attorneys Travis Story and Payne of Fayetteville, who filed a similar lawsuit earlier this school year challenging the Cabot School District's mask requirement.

In that case, Lonoke County Circuit Judge Barbara Elmore on Aug. 27 declined the plaintiffs' request for a temporary order lifting the mandate.