RECIPES: Halloween nibbles, drinks and treats to tantalize your big and little goblins

The best Halloween foods walk a fine line between whimsically spooky and gross-out gory. Too much in one direction and the food looks childish, too far in the other and everyone loses their appetite.

These sips and nibbles strike a good balance; they won't gross anybody out, but served in seasonally appropriate wares — black or dark dishes, dark colored table linens and a plastic spider or two — and in the right light, they have just a touch of the macabre.

My friend Erika likes to serve this as a cheese brain, shaping the mixture in a food-safe silicone mold. It's quite terrific in dim light. Here we've taken a slightly more whimsical approach and shaped the mixture into mice. Sliced almonds create the ears while curls of green onion stand in for tails. If you feel inclined to give them eyes, diced pimento or roasted red pepper would be most creepy and tasty.

Cook bacon until crisp; reserve 1 tablespoon of the drippings. Crumble bacon into pieces.

In a food processor, combine half of the bacon, half of the pecans and all of the parsley. Process until bacon and pecans are the texture of coarse bread crumbs. Transfer mixture to a plate and add the poppy seeds and mix well; set aside.

Chill mixture for 30 minutes to 1 hour — you want it soft enough to shape, but firm enough that it doesn't stick too much to your hands.

To form the mice, using your hands, scoop and roll the cheese mixture into egg-size ovals, squeezing one end to make it pointier than the other. Roll balls in bacon-pecan-parsley-poppy seed mixture. Refrigerate until firm. Insert a slice of almond on each side of the pointed end to form the ears and a curl of green onion on the other end for the tail. Chill. 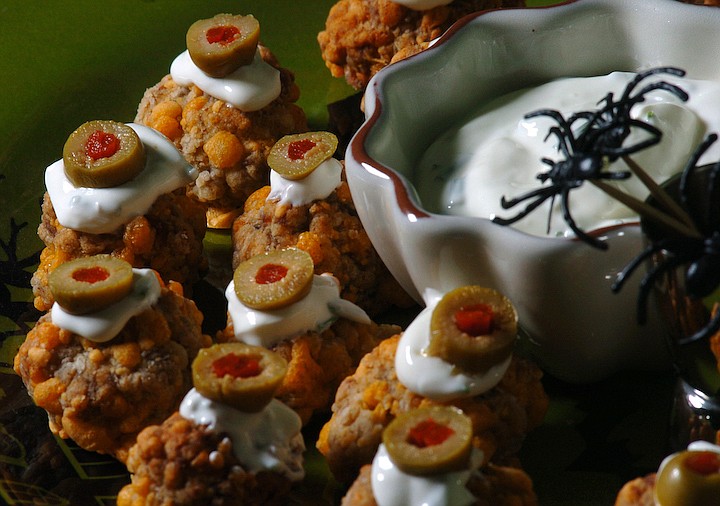 A dollop of sour cream and a slice of green olive turn ordinary sausage cheese balls into edible eyeballs.

In a large bowl, combine sausage, baking mix and cheddar cheese. Mix well with your hands. Mixture will be dry and crumbly. Form into bite-size balls, squeezing mixture so it holds together, then rolling it between the palms of your hands to form balls.

Place balls on baking sheet. Bake 20 to 22 minutes or until golden brown. 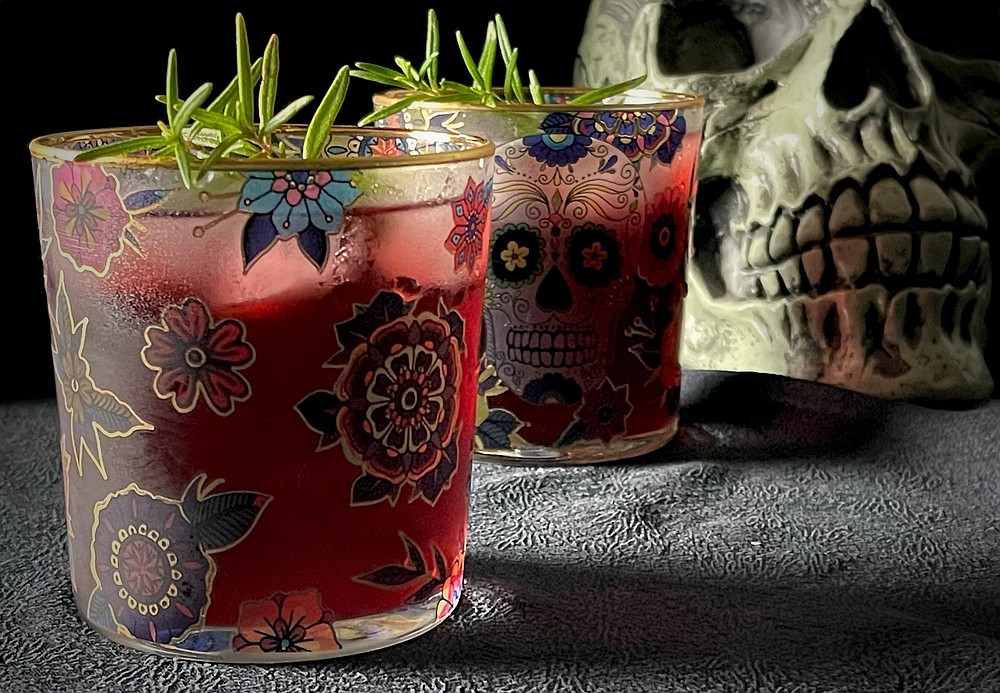 This cocktail gets its blood red color from hibiscus tea.

In a cocktail shaker combine the mezcal, triple sec, hibiscus tea and agave to taste. Shake and strain into a glass full of ice, garnish with rosemary or mint.

[Video not showing above? Click here to watch: arkansasonline.com/1027hotcocoa]

I admit, this one is rather cartoon-ish, but it's so easy and cute. I couldn't resist including it. I like to make my own hot cocoa, but feel free to use your favorite mix.

In a saucepan over medium heat, bring milk to a simmer.

Meanwhile, in a small bowl, stir together cocoa powder, sugar and cinnamon. Stir a little hot milk, a few teaspoons at a time, into sugar-cocoa mixture to form a smooth paste. Scrape paste into remaining hot milk, whisking until smooth; simmer for 2 minutes, but do not boil. Remove from heat and stir in vanilla extract.

Cut each marshmallow in half horizontally. Press a chocolate chip or candy in the center of each half to create eyes. Float marshmallow eyes in hot chocolate. Serve immediately. 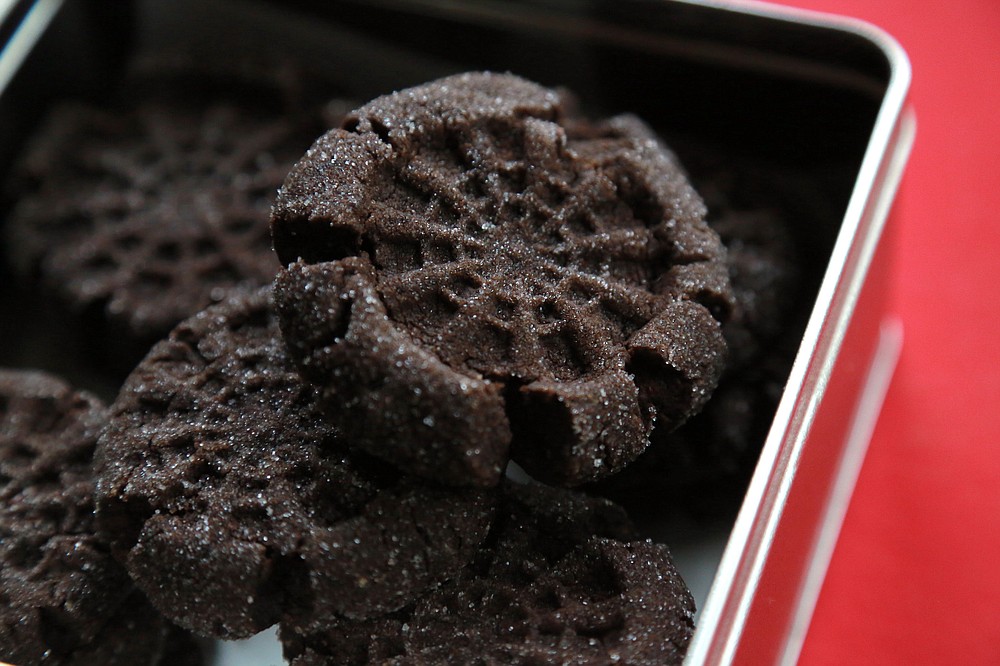 These cookies are delicious with or without a spiderweb design pressed into them.

In a medium bowl, combine flours; set aside.

In the bowl of a stand mixer fitted with the paddle attachment, or in a large bowl, using an electric mixer, beat butter, vanilla and almond extracts until smooth and creamy. Add sugar, cocoa, cinnamon, espresso powder, salt and cayenne and mix on low speed until well blended. Add flour in thirds, mixing well between additions. Stir in the chocolate chips, mixing until combined.

Using a cookie stamp, or the bottom of a drinking glass, gently flatten the balls. The cookies will crack around the edges. Refrigerate at least 1 hour or up to 5 hours.

Bake cookies, one sheet at a time, for 8 to 10 minutes. Be careful not to let the cookies burn. Remove cookies from the oven when they are set on the edges and the aroma of chocolate fills the kitchen. Cool on sheets for 5 minutes, then transfer to wire racks to cool completely.