Governor signs measure; it becomes effective in January by The Washington Post | October 27, 2021 at 4:11 a.m. 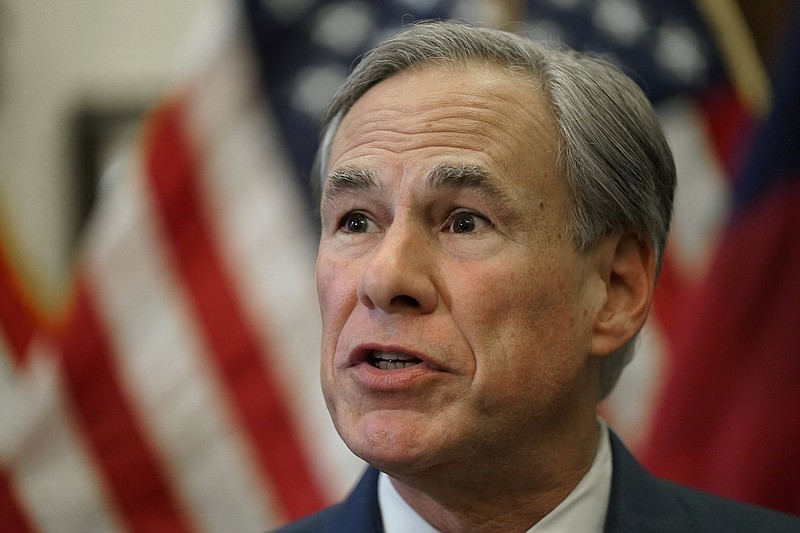 Texas Gov. Greg Abbott has signed into law a bill that bans transgender girls from participating in female sports in public schools.

Under House Bill 25, which will take effect Jan. 18, student-athletes will be allowed to participate in interscholastic athletic competitions only as part of teams that correspond to the sex listed on their birth certificates at or near the time of their birth. Modified birth certificates may be referred to only if they were edited to correct clerical errors, not if an individual legally changed sex.

Competitive school-level sports in Texas are overseen by the University Interscholastic League, which stipulates that students participate on teams in accordance with the gender listed on their birth certificates. The league, however, accepts legally modified birth certificates that individuals have changed to accurately reflect their gender identity. The new law, which Abbott, a Republican, signed Monday, is expected to override this and be adopted by the league.

State Rep. Valoree Swanson, the Republican who introduced the bill, has argued that the ban is needed to promote fairness in school sports by ensuring that sufficient athletic opportunities remain available for girls.

[Video not showing up above? Click here to watch » https://www.youtube.com/watch?v=_aIyjVN-O84]

"House Bill 25 is one of the greatest victories for equality for girls since Title IX passed 50 years ago," Swanson said in a statement. "I have fought every political and legislative obstacle for an entire year -- session after session -- to protect the 332,000 girls in UIL [University Interscholastic League] sports, and I am overjoyed that Governor Abbott has signed my bill into law."

Mary Emily O'Hara, a spokesperson for GLAAD, an LGBTQ media advocacy organization, said bills limiting which sports transgender students can participate in are the "latest angle to attack LGBTQ rights." She said the groups behind these sports bills are the same that rallied behind legislation prohibiting transgender individuals from accessing bathrooms designated for their gender identities.

"The sports issue is the latest creative framing -- it's a Trojan horse," O'Hara said. "If you ask women athletes, the participation of trans women and girls is not an issue in women's sports. The issues are pay disparity, sexual abuse and harassment, and not enough media coverage. Not enough funding. Women's sports have real challenges, none of which have anything to do with transgender girls."

Abbott is under GOP pressure to move on legislative matters that cater to the state's conservative base. The two-term governor is facing a primary challenge from Don Huffines, a conservative business owner who has criticized Abbott as not taking strong enough stances on matters including coronavirus vaccine requirements and border security.

Over the summer, Abbott asked the state to declare that gender-affirming health care for minors is child abuse after Huffines accused him of not taking enough action on the subject, according to the Texas Tribune.

Advocates for the LGBTQ community say the new law is another in a long list of measures that discriminate against transgender students and make them the target of bullying while energizing conservative voters. The Biden White House also stepped in to condemn the bill, with associate communications director Matt Hill tweeting last week that it was another "hateful" measure "disguised as legislation."

According to the Trevor Project, the Texas law is one of nine bills signed into law this year that restrict transgender youths' participation in school sports. Research by the organization found that 68% of LGBTQ youths have refrained from participating in sports for a school or community club, with many citing fear of bullying as a factor.

"We are deeply concerned it could exacerbate the mental health challenges that so many trans young people already face, largely due to increased experiences of bullying, rejection, and discrimination," said Amit Paley, the organization's executive director.

According to a tally by the Trevor Project, in 2021 alone, the Texas Legislature proposed nearly 70 anti-LGBTQ bills, among them more than 40 that target transgender and nonbinary youths.

Landon Richie, an advocate for LGBTQ rights, said he was devastated that it became law.

"It's scary to think how it's going to impact trans kids in Texas for years and years to come," said Richie, who spent the summer testifying against the numerous bills that target transgender rights in the state. "It's just using the lives of innocent trans kids for political gain."