District 13 Justice of the Peace Brenda Gaddy (left) expresses her concerns after hearing her district had a 34% population decrease. (Pine Bluff Commercial/Eplunus Colvin)

The Jefferson County Board of Election Commissioners on Wednesday approved the new justice of the peace redistricting plan that would redraw the boundaries of election districts to ensure that the population of each district is equally represented.

Several JPs, elected officials and Jefferson County Judge Gerald Robinson attended the meeting, as several districts had significant changes in population that would affect the redistricting.

Jefferson County's total population dropped to 63,259 according to the 2020 census data.

"Pine Bluff lost a lot of population," said Election Commission Chairman Michael Adam, who added the data excluded the prison population. "They did everything they could to keep the existing JPs in their district that they are in so they can run as incumbents."

Aiming for a plus- or minus-3% target population threshold and a target population of 4,866 per district, DataScout officials used the following redistricting principles when analyzing when and where to move district lines:

According to DataScout, Districts 3, 4, 6, 10, 11, 12, and 13 had significant changes in population with variances of greater than 10% from the target population. Districts 11 and 12 had variances of almost 25% while District 13 had a considerable variance of 34%.

JP Brenda Bishop Gaddy represents District 13, a mostly rural area, and realized her district would expand due to the population decrease.

DataScout officials say the pattern is that the rural districts grow generally toward urban areas and the city districts become more compact within the city. District 3 in the center of Pine Bluff is an exception to this rule since it was 15% below target.

The large shifts in population provided a great opportunity to alter the geometries of the districts to decrease precincts parts and create more compact districts. All incumbents remain in their existing district which is vital for preserving the duly elected representation of voters. However, the location of some incumbents presented challenges to the redistricting process.

The District 3 and 9 incumbents and the District 4 and 5 incumbents are geographically very close together which restricted changes in those areas. The District 6 incumbent prevented slightly more elegant solutions for District 13's growth. However, the existing plan was able to work around these limitations to create a fair and defensible plan.

After the final approval document is generated by DataScout, the Jefferson County Board of Election Commissioners will have until January 3, 2022, to file the new JP districts with the County Clerk's Office.

Adam felt DataScout did a good job overall, but said in order to make Jefferson County "better and bigger" more businesses needed to move into the rural areas that would attract workers to move to the county.

"We all want more population in Jefferson County. Some of us have quite a bit of investments here," Adam said. "We all live here and we all want this to be a better place." 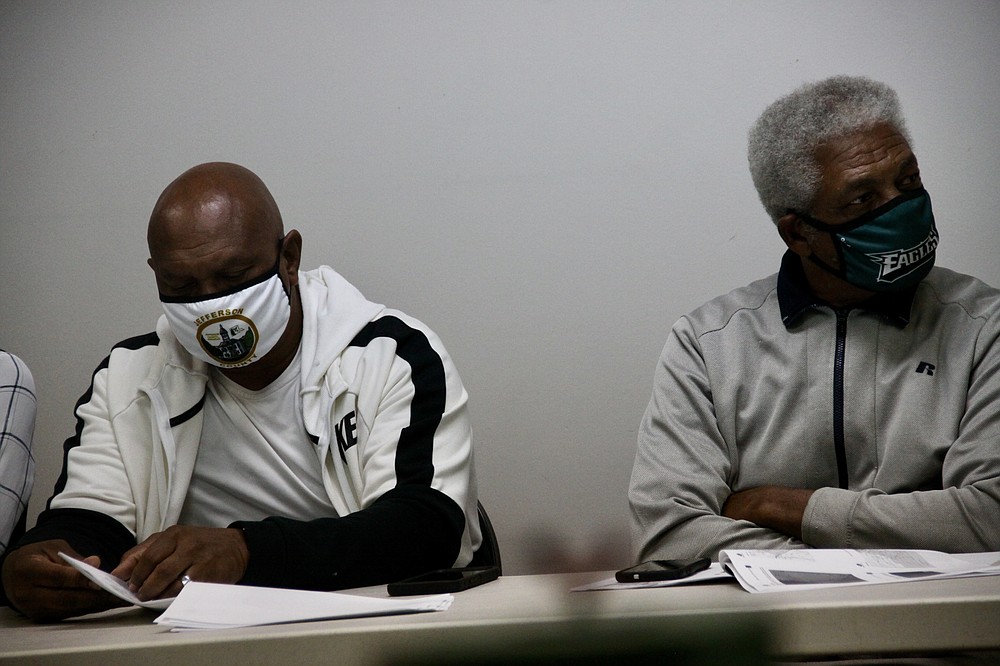 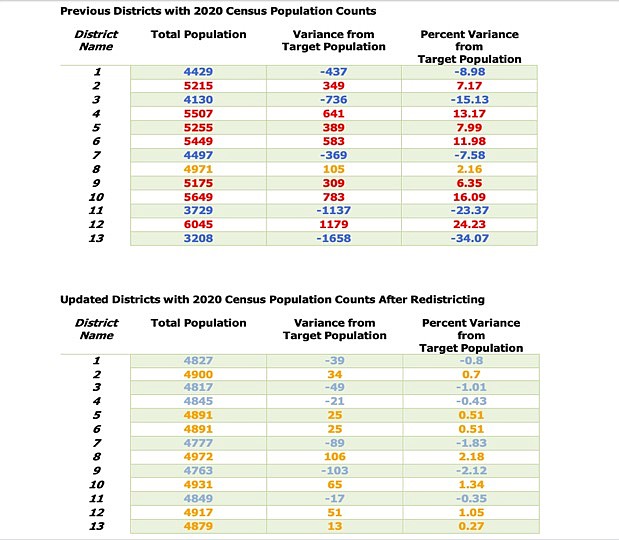 This chart compares the previous district with the 2020 Census Population to the updated districts after redistricting.(Special to The Commercial/DataScout, LLC)