Fall festivals in Pine Bluff bring treats to youths, food to those in need

Halloween got an early start Saturday morning as ghosts, goblins, superheroes and Disney princesses came to indulge in the fun festivities at the Jefferson County/Pine Bluff Library Fall Festival.

The N95 and disposable face coverings were replaced with Halloween masks as both parents and their children dressed up in festive spirit.

Even the library staffers were unrecognizable in their Halloween costumes.

Director Ricky Williams, dressed as Marvel Comics' Wolverine, said this was the library's first festival, part of its programming lineup done once a month for the community.

Held outside in the back courtyard of the library were several booths for candy, pumpkin painting, photos, crafting, face painting, sack racing and games. The guests also enjoyed the delicacies of cotton candy and popcorn as food trucks lined the back of the library's parking lot.

As the Pine Bluff Police Department, Pine Bluff Fire Department and the Jefferson County Sheriff's Office controlled the traffic waiting to enter the parking lot of Southeast Middle School, city and county elected officials were on hand to volunteer their service.

Debra Allen, the event organizer and director of the First Ward Living Grace Pantry, said this was the fifth year for her non-profit organization's festival.

Known for long lines and huge turnouts, Allen knew this event would bring in hundreds of people. Due to covid-19 and for the safety of everyone, she decided this year's fall festival would be a drive-thru.

"I didn't want to cancel the event because this stuff is in need," Allen said. "With the virus going on, it is in need here in Jefferson County. I get a lot of phone calls for help."

"We have free barbecue ribs, tips and chicken," Allen said, adding food insecurity is a big problem her pantry helps fight. "I got everybody pulling together and everything out here is free."

The First Ward/Living Grace Food Pantry was created in February 2017 as an agency to serve the community members in Pine Bluff and Jefferson County by providing healthy, nutritious meals to families. 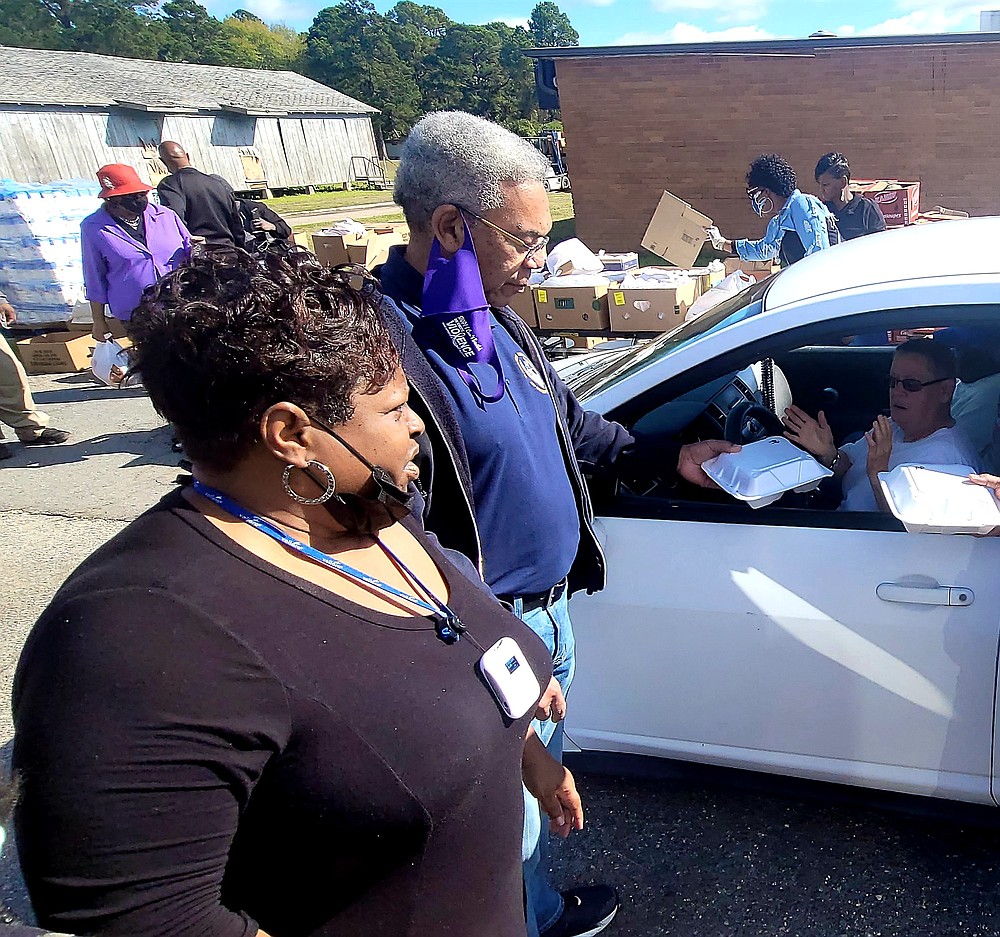