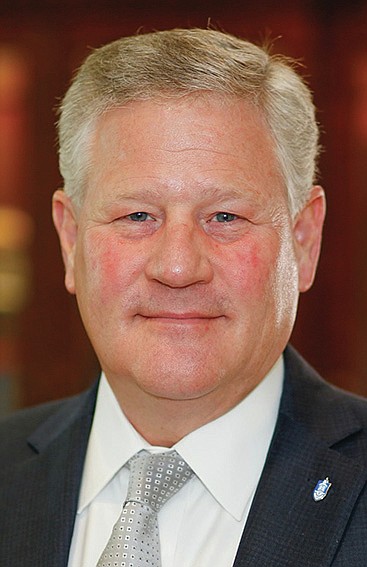 Mike Williams will begin on June 1 as president of Harding University after leaving his current job as the top administrator at Faulkner University in Alabama, officials said Wednesday.

His hiring will mean a return to the Searcy campus for Williams, who previously served as the director of admissions for Harding University.

Williams, a 1985 graduate of Harding -- after leading admissions services for more than a decade -- in 2003 was appointed as the private Christian university's vice president of advancement, a top fundraising role. In 2015, he became president of Faulkner University. Both schools are affiliated with the Churches of Christ.

"I worked here for 28 years. I've been a poster boy for Harding for most of my life," Williams, 58, said in a phone interview.

Williams said he was the first in his family to attend college, calling his experience as a Harding student "transformational."

"There's so much to love about the university. There's a community that's vibrant and dynamic and inspiring," said Williams, who will become the sixth president in Harding's history.

Robert C. Walker, chairman of Harding University's board of trustees, said in a phone interview that the search leading to Williams' hiring included asking students, donors, staffers and faculty members about what qualities are important in a president, with more than 2,600 responding.

The search was for someone "full of faith" and with a strong vision and "business acumen," Walker said.

Williams "understands the culture of our university," plus has experience as a college leader, Walker said.

Trustees announced in October of last year that Bruce McLarty would retire in a month, with a letter to the campus citing "an extremely challenging business environment" as leading to the board seeking a change.

David Burks, Harding's president from 1987-2013, stepped in as president beginning in December and will continue in that role until the arrival of Williams, who was hired after a nine-month national search.

But enrollment, excluding high school students, increased by 3.4% this fall, rising to 4,655 from 4,503 in the fall of 2020, according to preliminary state data.

"Not only are we maintaining our undergraduate enrollment on campus, but we also are getting increasingly involved in online [education], as well," said Walker, a surgeon at Surgical Associates of North Alabama.

Williams said it was easy to accept the job, but he didn't want to leave midyear from Faulkner University.

"I just couldn't do that ethically," Williams said.

In 2008, Williams earned a doctorate from the University of Pennsylvania after completing a higher education management program, which he called a "career-changing experience." Williams, an undergraduate business major, said the program taught business skills that are important when leading a university.

College leaders in Arkansas and elsewhere have cited fewer young people of college-going age as a factor in declining enrollments, but Williams spoke in business terms about Harding's place in higher education.

"Even in a declining marketplace, there's still winners and losers," Williams said. "Not everybody is going to go down."

He added: "My goal is to be that catalyst, to tease out the very best version of Harding."