She found a client and a life partner all in one 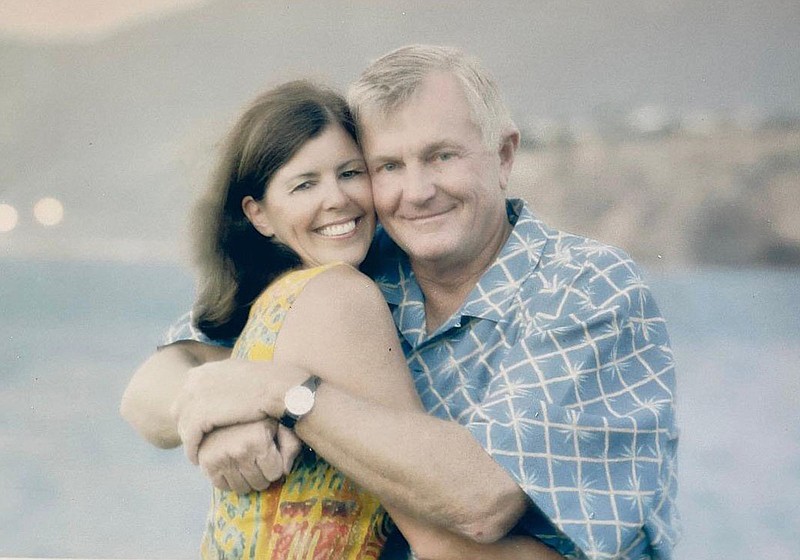 Cathy and Hank Browne in the 1990s

Cathy Dunning was after a big sales account with a fine furniture store. She got that and snagged a fine man in the deal.

In 1997, Cathy was living in Edmond, Okla., and traveling around five states as a representative for an Italian company, Natuzzi Leather.

She had met Hank Browne, owner of Hank's Fine Furniture, in the early 1990s through a wholesale furniture business she owned with her ex-husband. "I didn't think he was the nicest guy in the world," she says of Hank.

Cathy was divorced in 1994, around the same time Hank went through a divorce, unbeknownst to her. She was single, but wasn't looking for romance.

"I was as happy as could be. I had my house and my dog and my career," she says.

Getting Hank's Fine Furniture as an account, however, was her ultimate goal.

"I had to look for a new avenue of distribution, and the biggest dealer in Arkansas was Hank's," she says.

Cathy tried to reach Hank by phone half a dozen times with no luck. She got to know his general manager through all those attempts and had tried persuading him and Hank to visit the Natuzzi showroom in High Point, N.C.

She made a last ditch effort as she left the apartment she rented in Little Rock on her way to High Point. That time, Hank was available. They talked on the phone until she was well past Memphis.

"That was in the day of roaming charges," says Cathy, who racked up a $1,400 cellphone bill from that conversation.

Hank is still surprised she pulled that off.

"I had never talked to anyone on the phone that long in my life," he says. "She must have had me enchanted."

It worked -- he agreed to go to the market.

One of the Natuzzi features she touted to the group was the Pirelli suspension webbing.

"Part of the presentation was slipping off your shoes and standing up on the sofa and jumping up and down," she says. "I started bouncing up and down, still talking about the features of Natuzzi leather furniture."

When Cathy -- wearing a black Donna Karan suit with a short skirt -- was done, Hank held out his hand to help her down.

"Later that afternoon, I got a call from Hank and he wanted me to meet them all for dinner," she says. She declined, having already scheduled dinner with other dealers. "He said, 'Well, when would you be free for a drink or something?'"

She again declined, but after a bit more negotiating the next day, Hank and his crew finalized an order.

"It was the largest order they've ever taken at a furniture market, internationally, and I got myself a new furniture dealer and I was all excited about that," she says.

She was on her way from High Point back to the apartment she rented for business in Little Rock when Hank called to ask her for dinner. She was tired and ready to call it a night but she agreed.

"It was late. I walked in his house and he had made red beans and rice and, man, it smelled great. I was exhausted but I was famished," she says.

They talked and ate, and then she left, unable to hold her eyes open any longer.

That fall, she was in his store training staff on Natuzzi sales ahead of the line arriving in showrooms.

"All of a sudden, things started clicking," she says.

Hank's best friend was so impressed when he saw her getting out of her car at Willow Bar, Hank's lodge near DeValls Bluff, wearing brush pants and a hunting vest with her Beretta Silver Pigeon shotgun and her German shorthaired pointer that he joked if Hank didn't marry her he might marry her himself.

Cathy was surprised, but she said yes.

"It almost seemed like we were already married," Hank says. "Once I started dating Cathy, I never thought about anyone else."

The first time Cathy visited Willow Bar, she had a sense of deja vu.

"I had this strange feeling that I had seen this house or been there before, but I couldn't have," she says. "There was this bunkhouse to the right of it, and there was another house to the left for the caretaker and there were all these peacocks in the front yard and dogs barking. I thought it was the coolest place ever."

She told her mother about it later, and her mother pulled a picture from a drawer. Cathy had drawn it when she was 7 or 8 years old.

"That could have been the whole scene," she says. "Talk about spooky. I mean, it was unbelievable. If we weren't thinking it was meant to be ... that was interesting."

She says: “I don’t want to say he wasn’t a nice guy, but he was just real business. He was very direct.”

He says: “This woman is definitely the best-looking furniture rep that I had ever seen.” (Cathy points out that most of the furniture representatives she knows are men.)

She says: “I couldn’t believe this was happening to me. I had never been more happy in my life.”

He says: “I was very happy because I had no doubt that I had made the right move.”

She says: “Get joy out of every day. Whatever it is, just live for the day.”

He says: “Marry the right woman.”

Print Headline: She found a client and a life partner all in one