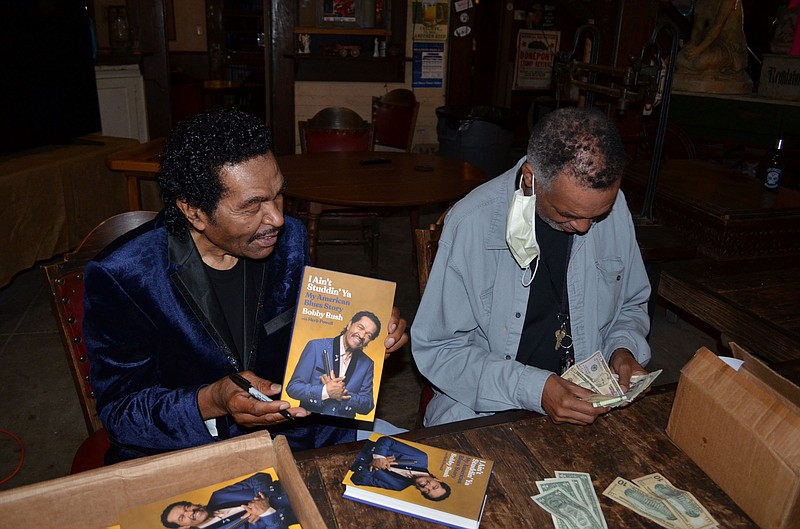 Two-time Grammy recipient and international music legend Bobby Rush has an autobiography fresh off the presses from Hachett Books of New York City.

"I Ain't Studdin' Ya: My American Blues Story" was released three months ago.

Rush held his first book event at a winery in New York City.

By week's end, he sold another 9,000. Since then, Rush has signed many thousands more, averaging 1,200 sales a day at various retailers and stops from New York to Mexico.

"The idea was put in my head 30 years ago," Rush said when asked how the book came into being. "But a lot of what I had to talk about was my friends who were still alive at that time. Then the older I got, the more I felt like I needed to tell the story of Black folks who were taken advantage of in the music business."

He explained how people mistreated each other.

He stated how white music producers at Chess, Checker and Cobra Records hid behind Dixon in their manipulation of other Black artists.

"I wanted to set the record straight," Rush said, "to make sure those who deserved credit are recognized. And when you look at some of the crap I've taken over the years, I know the reader will relate to similar situations in their own lives. I wanted to educate folks that just because you're Black or have come through hell or maybe haven't got the good breaks, never give up."

Rush went on to relate how he began playing locally.

"I started out in Pine Bluff playing for $3 a night. Then I went up to $7 for a full band. Seven dollars a night," he emphasized, "for the whole band! The point being, if I can make it out of that, you can, too. Don't feel sorry for yourself and don't wallow in your mire."

He elaborated on the current book tour.

"I recently sold 200 books at a signing in Meridian, Miss. I'm headed to Chicago next," he said.

He did the radio hour in Oxford, Miss., a few weeks ago and planned to be back there on Oct. 21 for a signing at Square Books.

The book is available in Pine Bluff at RJ's Bar and Grill at Second Avenue and Main Street.

Delta Rhythm and Bayous Director Jimmy "Catfish" Cunningham said that because of the pandemic, previous plans were changed for an event featuring Rush.

"We were planning to host Bobby for a book event back around June or July, but the covid numbers were climbing so rapidly, then we decided to cancel," he said.

He added that he is planning an art project at the University of Arkansas at Pine Bluff business incubator, at 615 S. Main St., for some time around the first week of December.

"I'd like to include a Bobby Rush book signing to accompany the 'Freedom and Blues Exhibit,'" Cunningham said.

The art display will feature 120 portraits and images of Blues greats and legends from along the U.S. 65/82 corridor between Pine Bluff and Greenville, Miss. In consideration of social distancing, he is expecting to hold the signing in the spacious Pine Bluff Convention Center lobby.

Among the many topics touched on in the 306-page volume, Rush discusses how life improved dramatically for his family of 10 children upon his father relocating them in 1947 from Louisiana to Sherrill and nearby Pine Bluff.

Reading from page 37, Rush said that "in Sherrill the land was way more fertile than in Carquit [Louisiana] ... and everything grew. Daddy had five times the cotton yield. Back in Carquit, we had to pick three times the acreage to get a hundred pounds of cotton. Now the cotton was easier to pick, so you went faster. And that meant more money. As I loaded that cotton up Daddy took out his handkerchief. I thought he was going to wipe his brow, but he put it over his eyes and wept like a baby. This was the first time I saw Daddy cry." 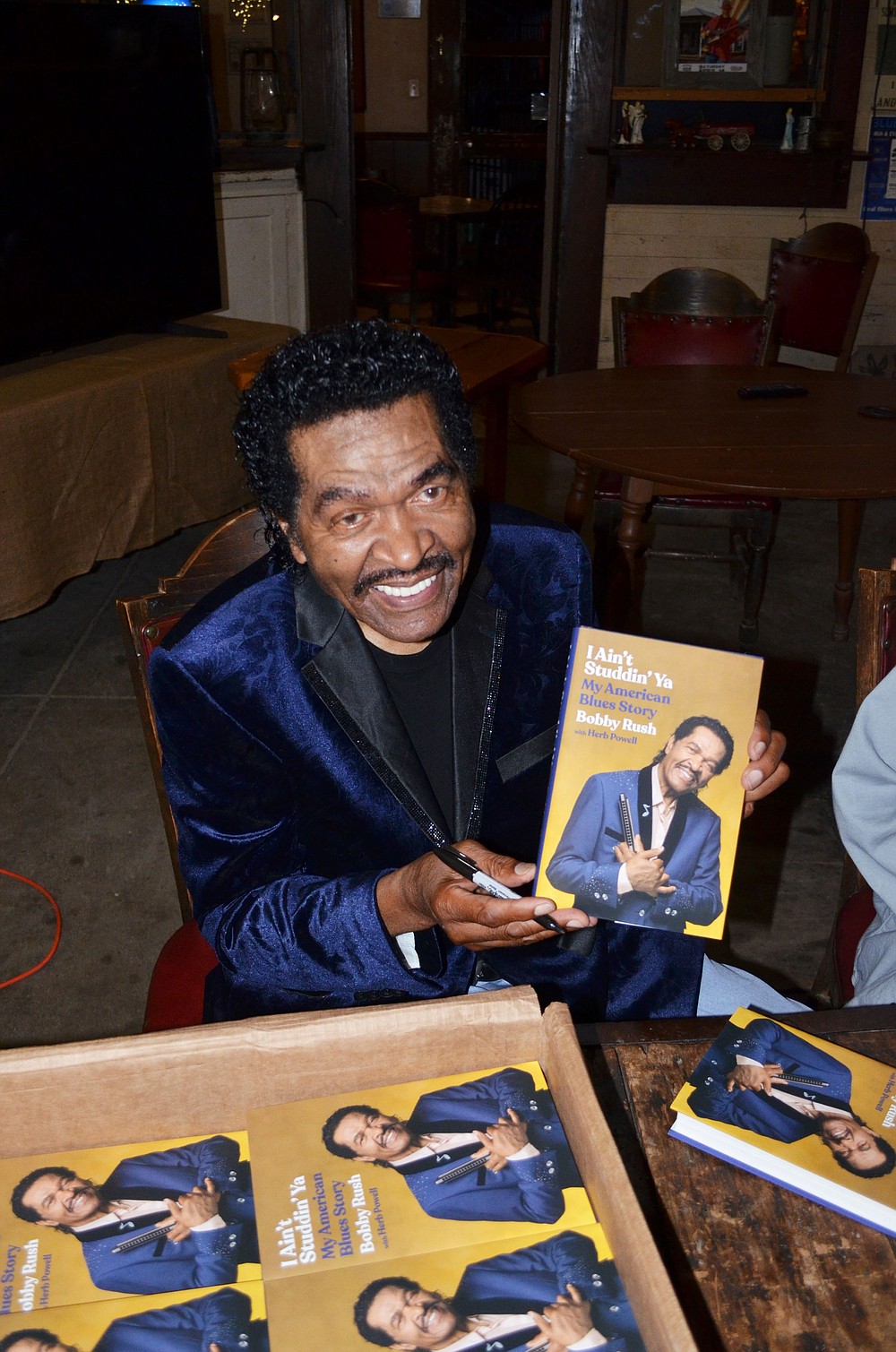