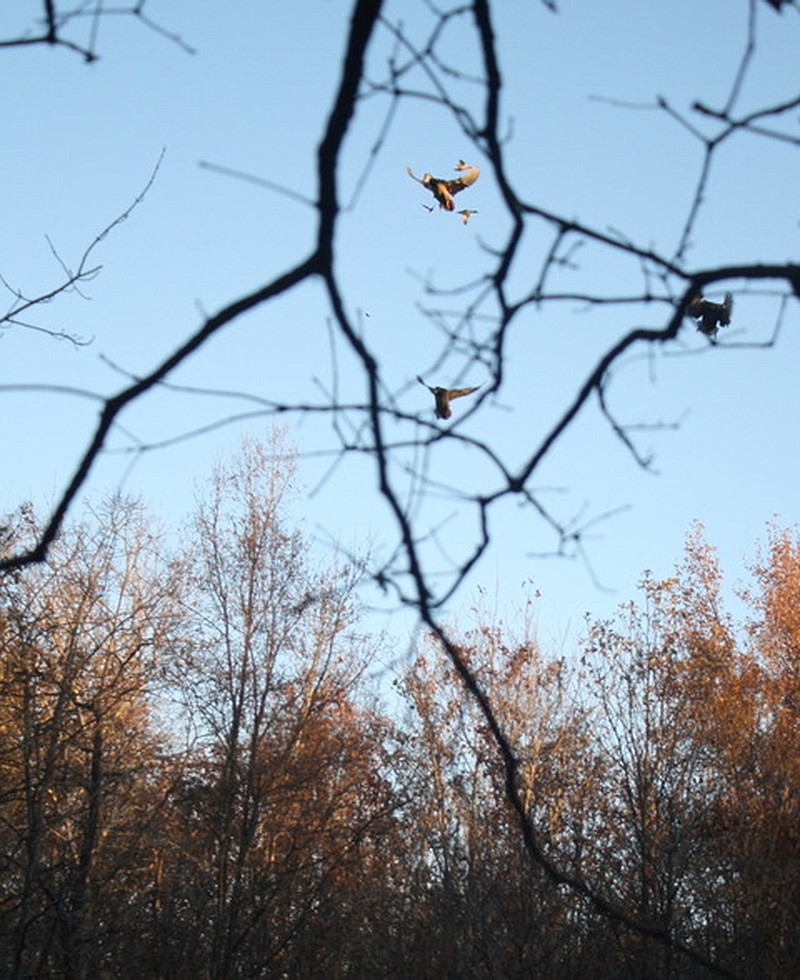 The Arkansas Game and Fish Commission will modify water management practices at its green tree reservoirs to ensure that future generations will be able to enjoy high-quality public duck hunting. (Arkansas Democrat-Gazette/Bryan Hendricks)

Green tree reservoirs are low-elevation areas within 16 wildlife management areas that are managed specifically to provide habitat for migrating ducks in the fall and winter. They comprise a mere fraction of bottomland forest habitat that existed before most of the Mississippi River Alluvial Plain was drained and cleared for agriculture in the 20th century. In its original form, that habitat was the central feature of the Mississippi Flyway.

Using extensive networks of levees and water control structures, green tree reservoirs are designed to flood and hold water during the fall and winter. However, holding water for extended periods has proven fatal to key species of red oak trees that produce small acorns that ducks eat. They are willow oaks, nuttall oaks and cherrybark oaks. Large acreages of desirable oak species have succumbed to prolonged flooding that has occurred over decades, largely because of the Game and Fish Commission's management policy. They have been replaced by other trees that do not provide food for waterfowl.

"Management policies were put in place a long time ago because resource managers at that time didn't know better," said Garrick Dugger, assistant chief of wildlife management for the Game and Fish Commission. "Now, we have the science that points us in the direction we need to go."

Austin Booth, director for the Arkansas Game and Fish Commission, said these changes are necessary to conserve duck habitat and to ensure that these areas retain the ability to provide quality duck hunting opportunities.

"Arkansas has reached a point where we cannot continue to manage our green tree reservoirs as we have done in the past," Booth said. "Waterfowlers have expressed a sincere desire for the commission to enact proactive changes that will allow us to ensure that these world-renowned resources will not only reclaim their legacy, but will do so for generations to come."

At Bayou Meto WMA, the Upper Vallier, Lower Vallier and Government Cypress green tree reservoirs will be held at 179 mean sea level (msl) elevation for 2021-22. Brad Carner, chief of the Game and Fish Commission's wildlife management division, said that 179 msl will accommodate some modifications for access at Long Pond and Halowell reservoir.

The areas will begin to hold water on Nov. 15. That date will be permanent.

Beginning in 2022-23, Upper Vallier, Upper Vallier and Government Cypress will be managed at 178.5 msl until necessary infrastructure renovations are completed, Carner said.

Delaying flooding until Nov. 15 will alleviate stress on damaged trees that has been proven to occur by flooding too early, Carner added.

"Ceasing to hold water above 178.5 msl will allow forest management actions to being during the summer of 2022," Carner said. "If hunter access wasn't a concern, I would recommend 178.5 this year."

Water levels will pulse above 179 msl concurrent with flooding in the Bayou Meto watershed, Booth said, but it will not be held above 179 msl.

"When the 750,000-acre watershed gets rain and drains into Bayou Meto, the water levels will pulse up over 179 feet, and public opportunity will pulse with it," Booth said. "This represents what we have to do to sustain our trees and a more natural flooding model [while] not abandoning public land hunters. This is not taking away anything from public hunters, [but] doing nothing will deprive them of everything."

Allowing water to flow through and out of Bayou Meto WMA naturally might prevent the extreme late flooding that has plagued the area's bottomland hardwood forests for decades. In late June, the water level was stable at 181 msl, and pulsed between 179-181.

Forest conditions have deteriorated grievously in a relatively short time at Henry Gray Hurricane Lake WMA near Searcy. Its green tree reservoirs have been underwater for 18 of the last 24 months, Carner said. Most of the trees in the South GTR have died, and about 1,000 acres of trees in the North GTR are dead or dying.

To save their remaining trees and to facilitate regeneration, these areas will no longer be allowed to hold water, Carner said. They will still flood, he added, but water will flow through, rising and receding with flow pulses in the White River. Hunters will probably not notice a difference, Carner said, because the South GTR has not held water artificially since 2018.

"It flooded naturally for 40 days already," Carner said. "There will be huntable water in the South GTR."

To prevent accelerating damage in the North GTR, the commission will cease operating the Glaise Creek water control structure for at least the next decade," Carner said.

At Earl Buss Bayou DeView WMA, water control structures will not be closed for about five years, starting in 2021-22. Carner said that his staff has noted significant oak regeneration on about 373 acres, and commercial timber harvest should encourage additional oak regeneration.

"This recommendation would maximize the likelihood of sustaining the existing willow oak seedlings within this GTR," Carner said, comparing its progress to that at Dadmar WMA's Mud Slough GTR. The water control structures at Mud Slough GTR have remained open since 2018 to protect red oak seedling regeneration that occurred after a 2016 timber harvest, Carner said.

Recommended changes in management at Dave Donaldson Black River WMA will not be implemented until the commission receives key data that is currently being evaluated, Carner said.

Carner and Booth acknowledged that there are many variables that affect forest health in the green tree reservoirs, but most are beyond the commission's control or influence. Booth said the commission can only directly address the factors it controls.

"More than anything else, these changes are about accountability," Booth said. "It would be easy for us to sit on our hands and point at external factors; silting in rivers, changing river levels and other factors, but under my leadership, we will control the variables under our control because that is what Arkansans expect of us, and nothing less.

"In this case, overwhelming data and the sheer number of dead trees that anyone can see in the GTRs show us that the water levels are killing the trees, and that's something we can control," Booth continued. "With every oak tree that falls dead, that's one less reason for ducks to come to Arkansas. It's a real threat to the flyway and our state, and we owe it to Arkansans to do something about it."