TELEVISION: 'The Other Two' is still the funniest show on TV 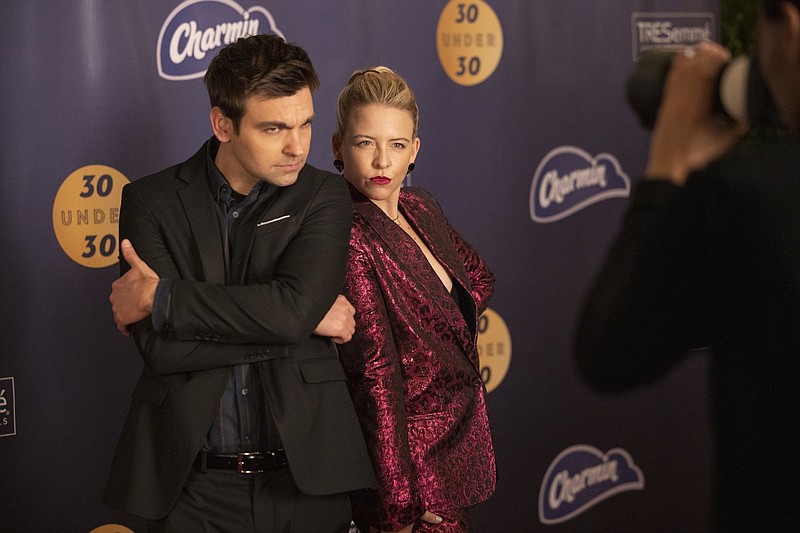 When "The Other Two" debuted on Comedy Central in 2019, it felt like an admission of generational defeat. Late-20-something siblings Cary (Drew Tarver) and Brooke (Helene Yorke) had been struggling for years in New York — he as an actor but mostly waiter, she as a former dancer turned urban floater — when their 13-year-old brother, Chase (Case Walker), became an overnight sensation after his song, "Marry U At Recess," went viral.

Created by former "Saturday Night Live" head writers Chris Kelly and Sarah Schneider, the first season captured an essential facet of the early 2020s millennial condition: a failure to launch into adulthood while conceding youth to a new generation. Preceding all those Gen Z memes and TikToks about the tragic unhipness of skinny jeans and Harry Potter fandom, that pitch-perfect first season was a prescient distillation of millennial anxieties about their waning cultural relevance. And it didn't hurt that Kelly and Schneider's unsparingly sharp, surgically precise satire of the excesses and peculiarities of showbiz made it one of the funniest shows of that year.

After a 29-month hiatus, "The Other Two" has returned to HBO Max and is on track to become the funniest show of 2021, too. (Its only real competition so far is "Girls5eva," another entertainment-industry comedy about age-related insecurities.)

Picking up shortly after the events of Season 1, Cary and Brooke, who'd hoped to ride the coattails of their baby brother's fame, are determined not to land back at square one when Chase heads off to college at NYU. A dead-eyed Cary finds himself taking any and all hosting gigs — like "The Gay Minute," dedicated to Laura Dern news, and something called Bagel Bites TV — while Brooke tries to parlay the one day she spent as Chase's manager into a career representing other child entertainers.

At least one of the two older siblings is destined to work for their guileless, too-accommodating mom, Pat (Molly Shannon), who unexpectedly bypasses all her children in the fame department by becoming a popular daytime talk-show host. Pat's abrupt success initially threatens to throw off the show's delicate balance between witty caricature and unshakable melancholy, especially with the new season's first six episodes (those screened for critics) offering little to no insight into what she or Chase make of their sudden and seemingly effortless celebrity. But Pat's instant stardom does set Cary and Brooke on another millennial path. After spending the first season flailing about in search of ways to fill their days, they spend the current one working themselves to exhaustion, with barely anything to show for it.

There's a fine-tuned-joke-machine quality that's less prominent in the 10-part second season; the flawless one-liners are ever-so-slightly fewer and farther between. But this iteration still hits just the right note of parodic effervescence, punctured occasionally by the shock of unresolved trauma. Cary, who spent much of the first season confused by how much of his internalized homophobia has endured despite his years as a gay man surrounded by other gay would-be artists in New York, searches for the reasons of its persistence while trying to enjoy his first relationship. Meanwhile, Brooke, who tired of her on-again, off-again relationship with dopey shoe-designer Lance (Josh Segarra) in Season 1, realizes that she has reached her 30s not just without a boyfriend, but without any friends at all.

Even Chase gets a little bit more depth. After his stint at NYU goes awry, he wants back in the recording industry — except now he's too popular to actually make music. "Chase is now such a famous singer that he doesn't even need to sing," crows an executive (Wanda Sykes) from his label. Brooke and his other manager Streeter (Ken Marino) agree; as she says, "Justin [Timberlake] never sings anymore, and when he does, it actually hurts his singing career."

Tarver and Yorke make for an excellent comedy duo, with the latter's physical humor especially impressive this season. But the series highlight is still its jabs at the outer edges of the entertainment industry, where shame and self-awareness cannot coexist with sanity. Nothing ever reaches the (ultra-niche) Season 1 heights of lampooning Justin Theroux's leatherrific apartment, but an episode set at the celebrity church "Christsong" and the reprise of one of the "Instagays" prove the show's still got plenty of bite.

The most injurious story line, though, may be the one in which Cary ransacks his soul for a screenplay idea and hits upon an inescapable adult realization: In a city like New York, his pain may weigh down each of his steps, but it doesn't make him special.