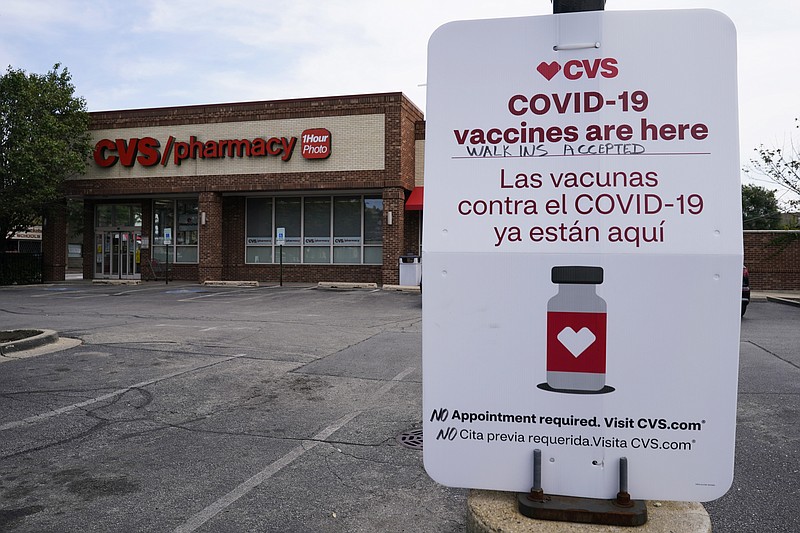 Medical experts who advise U.S. regulators on vaccines are chafing at what they perceive as political interference in the review process by the Biden administration.

Last month, the White House announced plans to begin distributing covid-19 booster shots to Americans on Sept. 20. However, the effort still needs the Food and Drug Administration and the Centers for Disease Control and Prevention to sign off. Members of a key panel that advises the CDC on vaccines have pushed back consideration of the plan to mid-September and said this week that they were concerned that politics was getting ahead of the process.

It's "very frightening to me that health-care providers are trying to do the best job that they can, and are taking guidance from [the Department of Health and Human Services] and the White House," said Helen Talbot, a Vanderbilt University professor of medicine and a member of the CDC's Advisory Committee on Immunization Practices, in a meeting Monday.

Pfizer Inc. and BioNTech SE, makers of one of the two vaccines included in the booster plan, filed for authorization for the booster shots last month. Moderna Inc. applied for clearance late Wednesday.

Some short-term data from Israel supports the use of booster shots. Yet the public push by the White House to get a rollout underway has raised concerns that the administration is rushing ahead without enough data and regulatory oversight, said Paul Offit, director of the Vaccine Education Center at the Children's Hospital of Philadelphia.

Meanwhile, European health authorities said there's no urgent need for wide use of boosters, although some countries are offering them.

"I would be very surprised if the CDC recommended a third dose of the vaccine to the general population," said Offit, a former member of the CDC's advisory panel of outside experts that evaluates vaccine data for the agency.

The committee originally planned to evaluate boosters at an Aug. 24 meeting that was postponed to Monday and delayed again to the middle of this month. Rather than an expected vote on the shots Monday, CDC's Sara Oliver briefly set out guidelines for considering boosters, making clear that current vaccine regimens are safe and prevent hospitalizations and deaths.

"They reviewed mountains and mountains of available data on vaccine effectiveness and made a clinical judgment that boosters would be needed," White House press secretary Jen Psaki said Wednesday when asked about concern that the administration got ahead of the science. "Our responsibility and our objective is to save more lives, protect more people, and as soon as this data -- the science -- made clear that boosters would help do that, we wanted to put that information out to the public."

The plan is for people to get boosters eight months after their second shots of either the Pfizer or Moderna vaccine, which would put older people and health workers first in line. That also would defer boosters for younger, healthier adults -- and debate over whether they should get them -- by months.

While the Biden plan calls for boosters for everyone who has received two shots of the messenger RNA vaccines, Oliver's presentation pointed out that risks and benefits will vary by age.

The "policy for booster doses needs to take this benefit/risk balance into account," slides from Oliver's presentation said. It's "critical to wait for additional safety data and regulatory allowance for booster doses."

The FDA also has been under strain and scrutiny as it quickly reviewed covid vaccines and treatments developed at top speed. Two top vaccine officials said that they would step down later this year, a possible sign of frustrations with the covid vaccine effort that began when former President Donald Trump scolded the agency for not working fast enough to approve shots.

Attempts to reach the two officials -- Marion Gruber, head of the regulator's Office of Vaccines Research and Review, and Philip Krause, deputy director for the FDA's Center for Biologics Evaluation and Research -- were unsuccessful. Acting FDA Director Janet Woodcock said in an email to staffers that she was confident the agency's vaccine evaluators would be able to continue working effectively.

Seen as a potential key step in controlling the coronavirus surge that's been spurred by the delta strain, the need for and effectiveness of boosters are still being debated by public health officials and scientists. Booster advocates have said that breakthrough infections among the vaccinated show that the standard regimens aren't sufficient to stop the spread of the delta variant.

Booster shots have begun in some communities. Almost 1 million Americans have received an additional vaccine dose since Aug. 13, according to CDC data. It's unclear how many of those doses went to people with weak immune systems, for whom extra shots already have been recommended by the FDA and CDC.

William Schaffner, a Vanderbilt University infectious disease expert and nonvoting Advisory Committee on Immunization Practices member, said his internist is already giving out boosters to people over 70 on the basis of the White House statement. New York Gov. Kathy Hochul has already pledged $65 million for communities to set up facilities to administer covid booster shots when they are approved.

But the vaccine panel is still waiting for more data to determine the best booster dose approach, said Camille Kotton, a CDC vaccine adviser. For now, the majority of vaccinated Americans are well protected against severe disease, despite the delta variant's potency, said Kotton, who's also clinical director of transplant and immunocompromised host infectious diseases at Massachusetts General Hospital in Boston

Hospitalization rates, rather than just symptomatic infections, are likely to be a key factor in deciding how to roll out the extra doses, said Linda Eckert, an Advisory Committee on Immunization Practices member and professor of obstetrics and gynecology at the University of Washington in Seattle. However, hospitalization rates among most groups haven't changed since the delta variant arose, she said.

During the Tuesday briefing, Walensky acknowledged that while data reviewed by the CDC advisers was currently insufficient, she was confident that there would be enough to support a recommendation before the start of the booster plan.

The panel "did not review international data that actually has led us to be even more concerned about increased risk of vaccine effectiveness waning against hospitalizations, severe disease and death -- they will be reviewing that as well," she said.

Several countries have begun or will start giving booster shots this month to bolster immunity in the face of the delta variant and the change to a cooler season that is likely to move more people together indoors.

The Czech Republic announced this week that it would offer a booster, beginning Sept. 20, to anyone who had previously been vaccinated with either a single or double dose. The country strongly recommended boosters for people older than 60.

On Thursday, the European Medicines Agency, the European Union's drug regulator, said there was no urgent need to give booster doses of covid-19 vaccine to fully inoculated individuals without underlying health issues, citing a report from the European Center for Disease Prevention and Control. Extra doses should be considered for those with weakened immune systems and as a precautionary measure for frail older adults, especially those living in nursing homes, the agencies added.

The agency said that at this time, the urgency is to finish vaccinating all people who are eligible for a normal vaccination course. The drug regulator is continuing to assess data on booster shots.

Britain's health secretary, Sajid Javid, said Wednesday that a third vaccine dose would be offered to people 12 and older who have severely compromised immune systems "as soon as possible."

"I am determined to ensure we are doing all we can to protect people in this group, and a third dose will help deliver that," Javid said in a statement.

But the decision by some nations to give booster shots to healthy vaccinated people -- when many countries have nascent vaccination programs -- has raised ethical questions.

In early August, Dr. Tedros Adhanom Ghebreyesus, director-general of the World Health Organization, called for a moratorium on coronavirus vaccine booster shots until the end of September, and an "urgent reversal" in the global supply of vaccines that had mainly gone to wealthier nations, leaving low-income countries vulnerable.

WHO officials have taken pains to distinguish between booster shots used to shore up immunity in vaccinated populations and additional doses that may be needed by the immunocompromised to develop immunity in the first place.

On Wednesday, Tedros reiterated the point.

"Third doses may be necessary for the most at-risk populations where there is evidence of waning immunity against severe disease and death, such as the very small group of immunocompromised people who did not respond sufficiently to their initial doses or are no longer producing antibodies," he said at a news conference. "But for now we do not want to see widespread use of boosters for healthy people who are fully vaccinated."

Information for this article was contributed by Fiona Rutherford of Bloomberg News (TNS) and by Aina J. Khan of The New York Times.