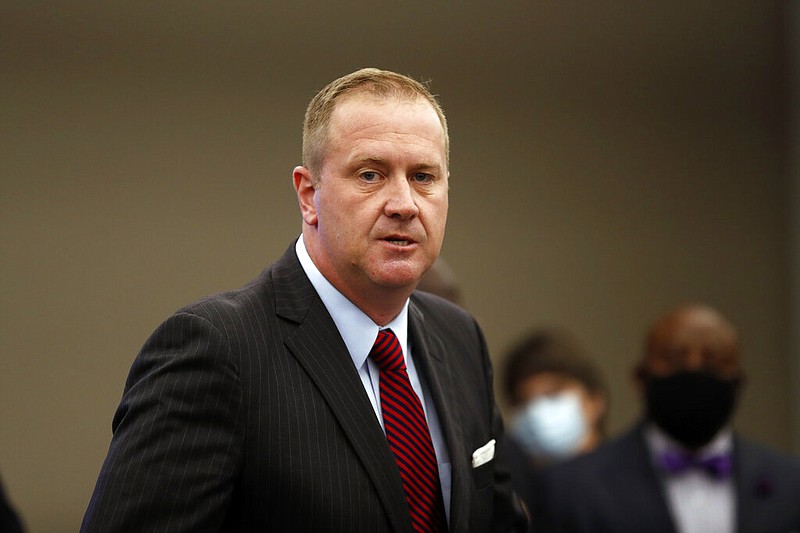 Residents of Kansas City, Mo., and its surrounding county can be excused if they’re confused about whether to adhere to local mask mandates after Missouri’s attorney general offered “legal direction” indicating that many and perhaps most people, especially students, can ignore them.

Missouri’s largest city and Jackson County both began requiring masks in indoor public settings last month as covid-19 cases and hospitalizations spiraled due to low vaccination rates and the presence of the delta variant. Attorney General Eric Schmitt, a Republican running for U.S. Senate in 2022, sued to halt both mandates.

Schmitt wrote to Mayor Quinton Lucas and Jackson County Executive Frank White Jr. on Thursday, saying in a news release that he meant the letters as “legal direction” to spell out “who qualifies for important exceptions to mask mandates imposed by power-hungry bureaucrats.”

Lucas and White, in a joint statement, said Schmitt’s letter “makes no rational sense” and suggested it was a political ploy. Both Lucas and White are Democrats.

“Kansas City’s and Jackson County’s orders remain in effect and we stand by them to keep our young people and all people safe, particularly at a time of rising infections for those 18 and under,” the statement said. “We will protect the children of this community while the Attorney General continues to rail against responsible public health guidance to support his political campaign endeavors.”

The U.S. Centers for Disease Control and Prevention and the American Academy of Pediatrics recommend masking for school students. Several Missouri doctors have said they fear a new surge in cases due to the lack of mask mandates at most Missouri schools, where fall classes have begun.

Schmitt’s letter cites exceptions that allow people to shun masks if they have disabilities where the mask causes impairment to their health and well-being — and notes that the ordinances fail to define either health or well-being. Meanwhile, he wrote that the exceptions apply to anyone under 18.

“I direct that any resident or visitor subject to any physical or legal disability — including any minor under the age of 18 — is exempt from the mask-wearing mandate … provided that he or she (or a parent or guardian, in the case of minors) believes that wearing a mask or face covering will have any significant adverse impact on their personal, mental, or physical welfare,” Schmitt wrote.

University of Missouri-Kansas City Law Professor Ann Marie Marciarille questioned whether Schmitt’s reasoning would hold up in front of a judge.

“Would a court looking at this say it’s compelling?” Marciarille asked. “I don’t think it makes any sense.”

Missouri reported 2,081 newly confirmed virus cases on Friday and 19 more deaths. All told, 636,377 cases and been confirmed since the onset of the pandemic, and 10,651 deaths.