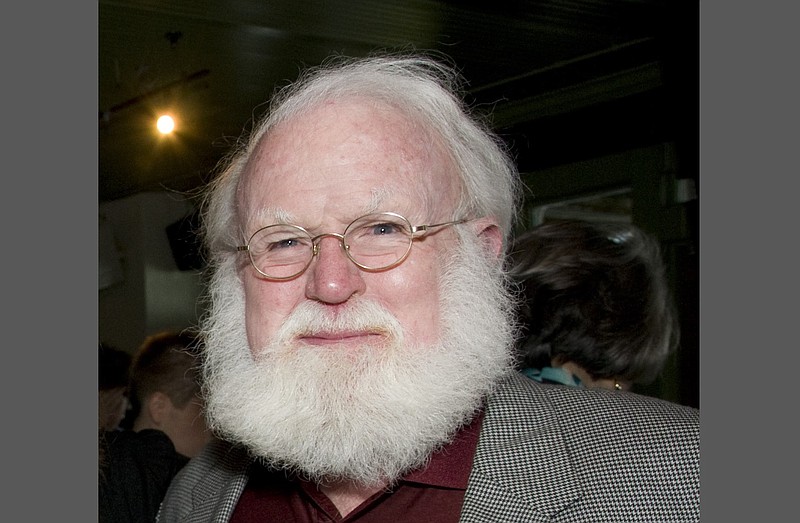 Attorney Robert Newcomb is shown in this June 2014 file photo.

Attorney Robert Newcomb slapped the city of Little Rock, Mayor Frank Scott Jr. and City Manager Bruce Moore with a new lawsuit Friday in Pulaski County Circuit Court that asks the court to find the city in violation of the Arkansas Freedom of Information Act.

Of Newcomb's four plaintiffs, three are Little Rock police officers and one is an officer who was recently terminated.

The latest complaint follows Newcomb's recent efforts to pry loose a copy of the conclusions drawn from an internal Human Resources investigation into police officials' complaints pertaining to their treatment by the department and Police Chief Keith Humphrey.

According to an email exchange included in court filings, Newcomb's law firm requested a list of materials which appear to be related to the investigation of the department conducted by Loretta Cochran, an Arkansas Tech University professor.

Cochran was hired by the city in a temporary, part-time position last year to work through a backlog of Human Resources reviews, mayoral spokeswoman Stephanie Jackson told the Arkansas Democrat-Gazette in July.

Among the items outlined in the request were transcripts of interviews between Humphrey and Cochran, Cochran's notes while interviewing Humphrey and emails between Cochran and city officials.

The city's Freedom of Information Act coordinator responded to Newcomb's office and acknowledged receipt of the request on the same day, the email exchange shows.

In the complaint, Newcomb wrote that officials had failed to respond to the Aug. 30 request within three business days as required by law.

Additionally, Newcomb wrote that the city had failed to provide certain records related to another recent suit in which he sought the release of the final report and other records tied to the investigation of the Police Department.

In that case, retired judge Kathleen Bell, who was filling in for Circuit Judge Alice Gray, last month ruled against Newcomb because she found there had been no final administrative determination on discipline stemming from the investigation.

However, Bell wrote that some supporting materials were not exempt from disclosure and listed 12 records that should be released to the plaintiffs.

In the new complaint filed Friday, Newcomb wrote that the court "should find that there is willful violation by the City of Little Rock and Order that they promptly provide the records requested."

He asked for a hearing within 10 days.

[NEWSLETTER: Sign up for the Week in North Little Rock email at arkansasonline.com/emails]

Also Friday, Newcomb filed a motion to find the city in contempt of court in the case where Bell had ruled against the release of Cochran's report. He wrote that the city had not released the listed documents pursuant to the judge's order.

The same individuals filed suit Monday claiming adverse treatment in another case where they are represented by Newcomb. In that lawsuit, they asked for compensatory and punitive damages, plus Mattox's reinstatement to the department's SWAT unit in light of his recent termination.

The complaint cited the plaintiffs' treatment at the hands of Humphrey and his colleagues. It named the police chief, the city and three other police officials: Assistant Chief Crystal Young-Haskins, Lt. Brittney Gunn and Lt. James Sloan.