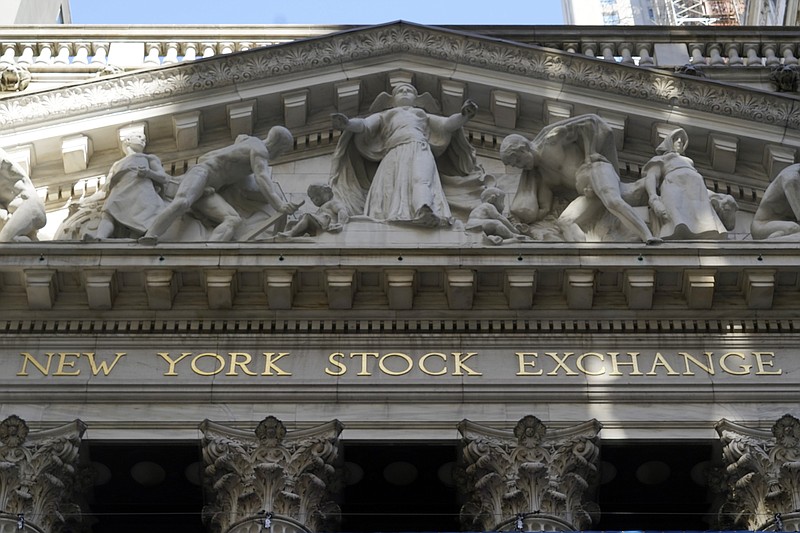 FILE - In this June 16, 2021, file photo, the facade of the New York Stock Exchange. Sustainable investing has gone way past fad to become one of the steadiest forces on Wall Street. (AP Photo/Richard Drew, File)

NEW YORK -- Sustainable investing has gone way past fad to become one of the steadiest forces on Wall Street.

Over the two years through July, month in and month out, investors sent at least $1.5 billion into funds that call themselves socially-responsible or that use environmental, social and corporate-governance criteria to make their investments.

That's a far cry from other U.S. stock funds, which have been rocked by titanic swings of interest. In two out of every three months during that period, more money flowed out of U.S. stock funds than came in, according to fund tracker EPFR.

It's the latest step in the evolution of so-called ESG investing, which has kept gaining in popularity despite once being dismissed as a mere niche. Some investors are choosing these funds because they want steadier returns in the future, while others simply want their portfolios to align closer with their values.

Of course, any boom brings in opportunists.

Regulators have warned of some potentially misleading statements, such as firms claiming to be ESG-driven but owning shares in companies with low environmental, social and governance scores. It's reminiscent of how products along supermarket aisles get accused of "greenwashing," or pitching their wares as "green" even if they're not.

But the wide expectation is for ESG and socially-responsible investing to maintain their strong momentum, if not, keep accelerating. The world, after all, keeps providing more examples of how climate change is affecting companies' profits and losses.

Wildfires are burning some parts of the country, while heavy rains are flooding others. All the while, the covid-19 pandemic continues to drag on the economy, and a dispiriting report on global warming released earlier this month had the United Nations declaring a "code red for humanity."

Environmental, social and governance investing often gets stereotyped as something primarily for millennials and younger investors, but experts say it's also attracting baby boomers. That's a big deal because they have the most money to invest.

"It's now a mainstream theme," said Cameron Brandt, director of research at EPFR. "The main risk to the current trend is that it's no longer this scrappy voice on the sidelines. It's now in the arena and I think it is going to be judged by more established criteria."

That includes the potential for higher fees. Measuring how a company performs on environmental issues, along with how it treats its workers and how rigorous its corporate-governance policies are takes research and work. And that can lead to higher expenses.

Interest has been strong enough in environmental, social and governance investing that US SIF, a group that advocates for sustainable investing, recently updated its guide for investors hoping to get into it.

It also offers a free course online for people wanting to learn the basics of sustainable investing. The group has heard the accusations of greenwashing against the industry.

The organization claims that a fund that's greenwashing -- or misrepresenting what it does -- is different from a fund that's taking a lighter touch on environmental, social and governance investing. That is something that's becoming more prevalent as the field expands.

Some funds pledge not to own stocks of any companies seen as dangerous or distasteful, for example. Others will try to own only companies that get the highest ratings from scorekeepers on environmental, social and corporate-governance issues.

Still, others try to buy only companies that score the best within their specific industry, even if the score is very low overall.

"I think it's important that any kind of fund, an ESG or a small-cap fund or a mid-cap fund, all articulate accurately or with transparency what they're doing," said Lisa Woll, CEO of US SIF. "As long as you're doing what you say accurately, that's OK. But that's why you read a prospectus."