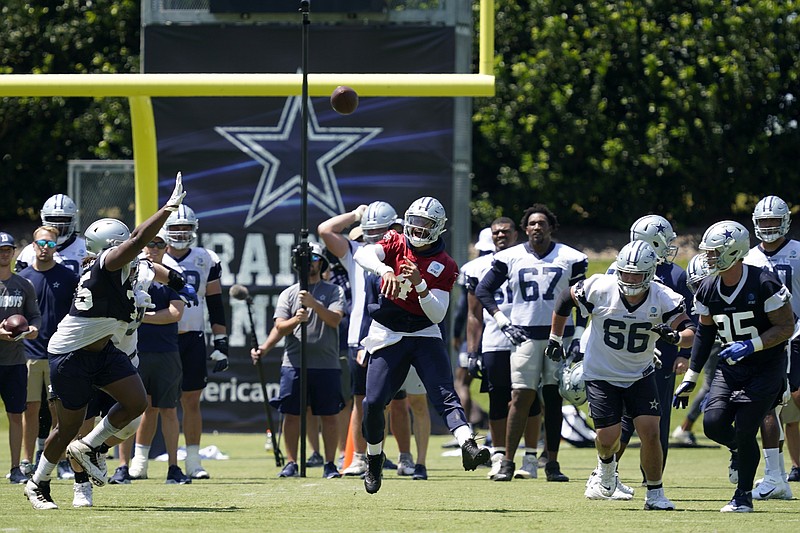 The NFC East nearly crowned a 6-10 champion last year. With Dak Prescott back from injury in Dallas, there's hope at least one team will having a winning record.

The Cowboys lead the division in offensive firepower with Prescott, Ezekiel Elliott, Amari Cooper, CeeDee Lamb, Michael Gallup and the return of three top lineman. But reigning division champion Washington has the toughest defense in the East.

Washington secured the division with a victory at Philadelphia in Week 17 after the Eagles pulled Jalen Hurts and played for draft positioning. Otherwise, a Philly victory would have meant the New York Giants clinching it with six wins.

The Giants finished strong under rookie Coach Joe Judge after an 0-5 start and losing seven of the first eight. They'll open the season dealing with injuries, including Saquon Barkley's recovery from knee surgery.

The Philadelphia Eagles turned to Nick Sirianni, firing Doug Pederson just three years after he led the team to the franchise's only Super Bowl title. Carson Wentz was traded to Indianapolis, paving the way for Hurts to get a shot at proving he can be the team's starting quarterback.

Prescott's return gets most of the attention in Dallas, which has only four playoff wins since capturing its fifth Super Bowl title in 1996. He's the most accomplished quarterback in the division but the Cowboys were 2-3 with him last season because of an awful defense.

Prescott points to the trio up front of linemen Tyron Smith, Zack Martin, and La'el Collins as the key to the offense's success. His first action since suffering that gruesome ankle injury will come in the season opener at Tampa Bay because he missed much of the preseason with a shoulder injury.

"They're the most important if you ask me," Prescott said. "From the time that I got drafted until now, this offense is built off of those guys.

"They're the three most veteran guys on this team and that's for a reason. Those guys are walk-in Pro Bowl guys when they're healthy. Future Hall of Famers. Just to have those three guys lead the five guys up front, everything starts with them. The run game, then that allows the pass game to open up. When you have those guys back healthy, energized, it's special. That just allows us to feed off of them, and all of our athletes just go out there and make plays and make their job easier."

Here's a look at a wide-open division that hasn't had a repeat champion since the Eagles won four consecutive titles from 2001-04:

The Cowboys were on pace to allow the most points in league history a month into last season before improving slightly. They still allowed a franchise-record 473 points. Second-year Coach Mike McCarthy, who could be on the hot seat if the team struggles, hired former Falcons coach Dan Quinn as defensive coordinator. Quinn got a talented and versatile addition in rookie linebacker Micah Parsons, the 12th overall draft pick. Parsons will play an integral role along with Leighton Vander Esch and former Falcons safety/linebacker Keanu Neal. Veteran ends DeMarcus Lawrence and Randy Gregory will anchor the line. If Quinn can turn the defense around and Prescott stays healthy, the Cowboys should end up on top.

Washington remains nameless but the franchise was a division winner despite a 2020 losing record. Ron Rivera's team has higher expectations this season. Journeyman Ryan Fitzpatrick takes over at quarterback and has weapons in top receiver Terry McLaurin and second-year back Antonio Gibson. But Washington's strength is its defense led by reigning Defensive Rookie of the Year Chase Young and interior linemen Jonathan Allen and Daron Payne. Washington faces a first-place schedule, so it'll rely heavily on its defense.

Third-year quarterback Daniel Jones' future with the Giants may depend greatly on his success this season. The Giants gave Jones more help, signing wide receiver Kenny Golladay and tight end Kyle Rudolph in free agency and drafting speedy wideout Kadarius Toney in the first round. But all three didn't play in the preseason because of injuries and Barkley still hasn't practiced at 100% as he continues his comeback from ACL surgery.

The Giants' defense was vastly improved last season under coordinator Pat Graham, and the team re-signed DT Leonard Williams after his breakthrough year. 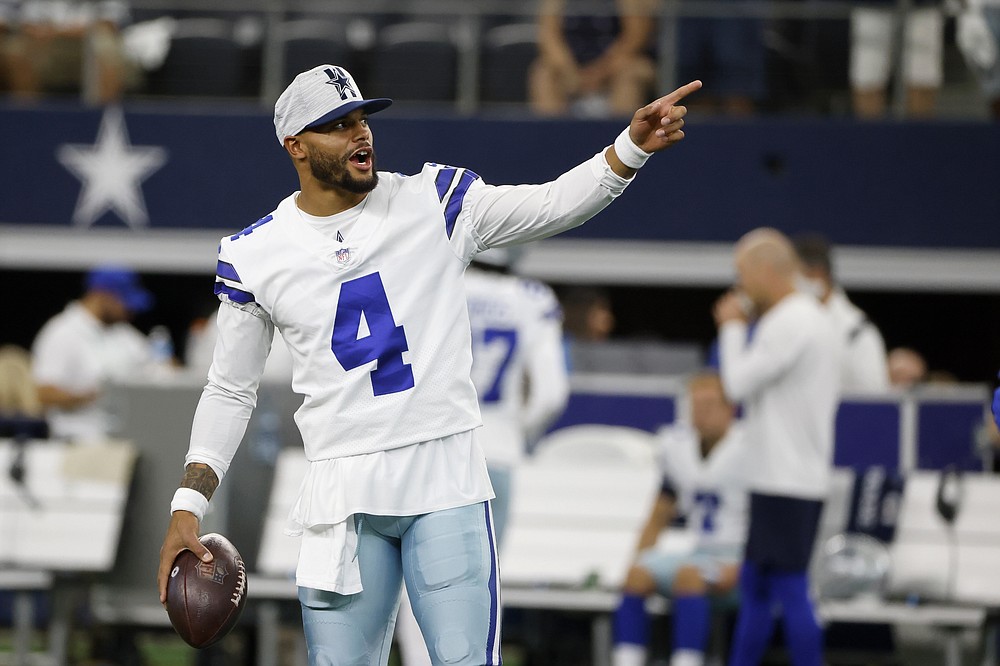 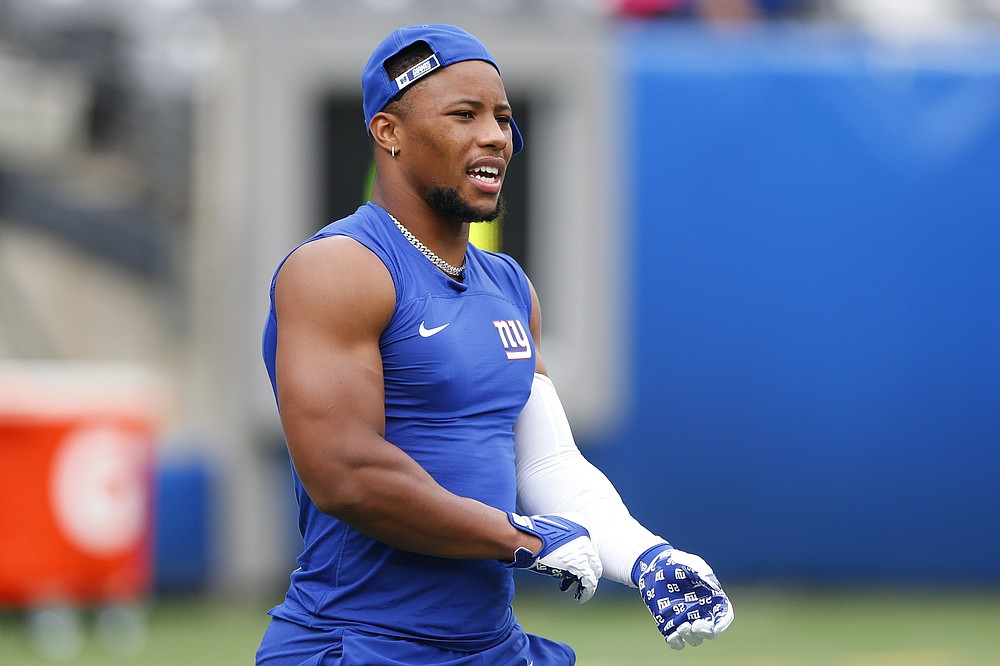 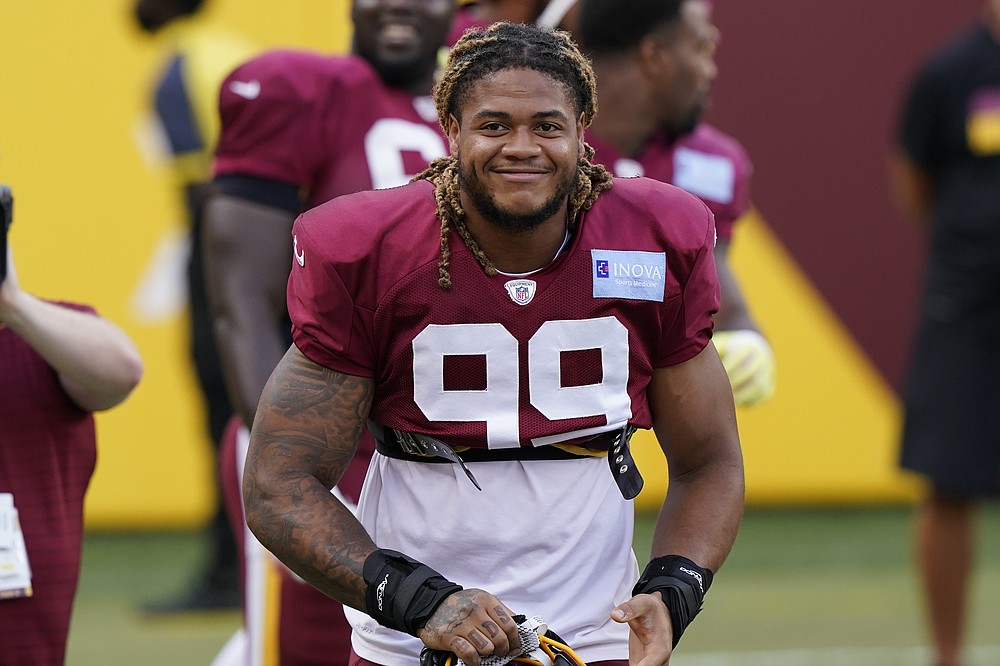 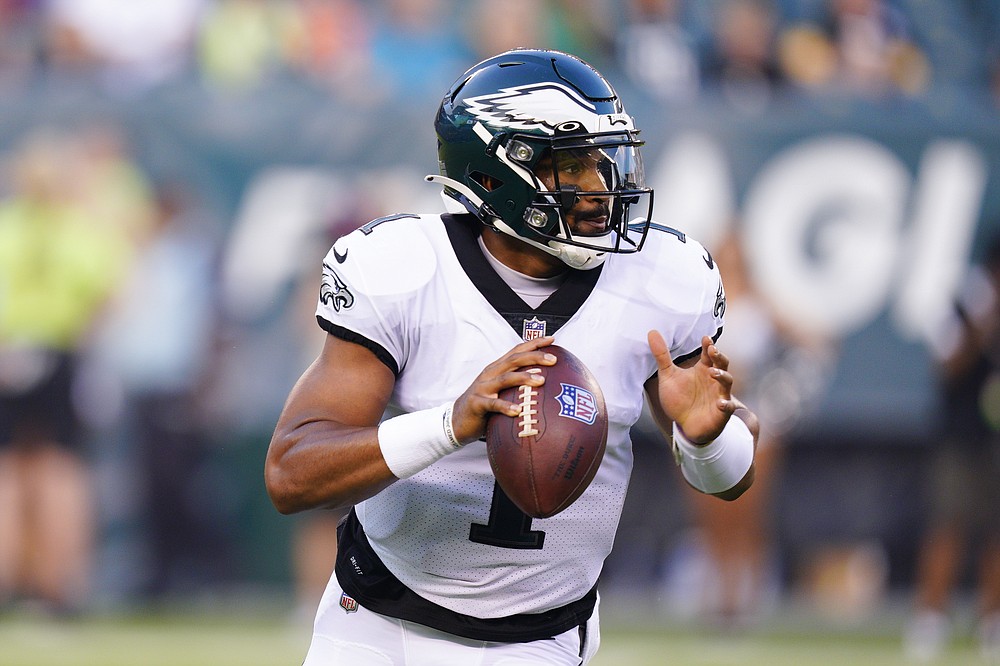