OPINION | ON BOOKS: 'The Guide' descriptive but too ambitious 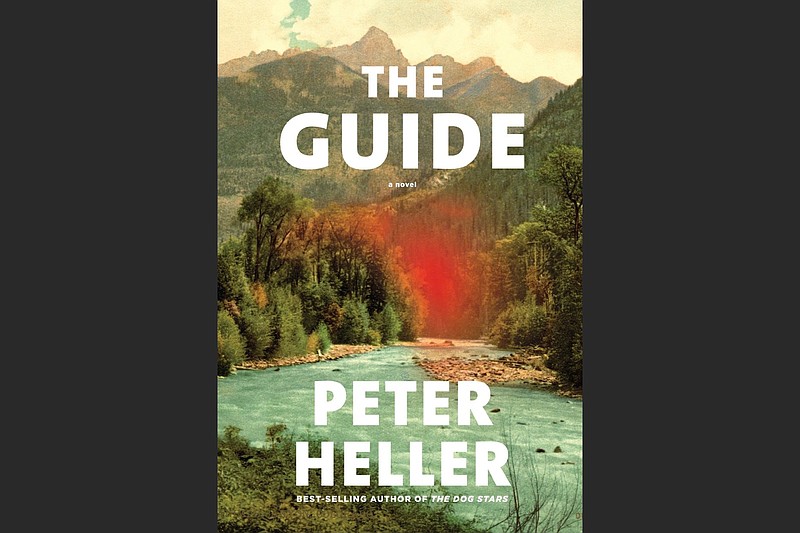 I didn't know Peter Heller's "The Guide" was a sequel until doing a little fact-checking. Now I understand why the author was vague about the traumas our hero had suffered before the events of the current story.

I'm glad I didn't review "The Painter" — if I had, that would mean that I finished it, and a few years ago I decided life was too short to waste any time reading books I didn't enjoy unless there was a very good reason to read them. Having the opportunity to pan a book isn't a good reason. There are lots of good books to read and write about; it feels self-indulgent to dump on someone's work simply to seem clever. (That's not to suggest that some work doesn't deserve to be harshly critiqued.)

And "The Painter" might not be representative of Heller's work, or I might have been overly sensitive to some aspect of it. Having read "The Guide" reveals that Heller is a superb nature writer who knows how to pull off a literary suspense novel. We just got off on the wrong foot.

"The Guide" works like a slightly higher-brow Jack Reacher novel. It is about another guy named Jack, a fit young man with an Ivy League education who has signed on as a trout-fishing guide for an ultra-exclusive lodge tucked away in the higher Rockies. He is damaged goods, a literary kid who — having experienced the harrowing events of "The River" — is looking to reconnect with nature and treat what he understands are post-traumatic stress disorder symptoms. Plus he's a good guide and the place pays well.

But, from the moment he gets there, things are just off. He's told to avoid getting too close to a neighboring property, that it's owned by a crazy old man known to take potshots at fisherfolkwho wander onto his land. There are surveillance cameras everywhere. The gates can lock people in as well as out.

And the clientele is weird, even by standards of the uber-rich. Not everyone is there to fish; in Jack's world, variants of a covid-type virus are constantly mutating, and one of the ways the wealthy avoid it is by vacationing in remote, luxurious spots. The lodge offers a vague sort of therapy in addition to the fishing. Shrug it off and suck it up, Jack, it's not your business.

Fortunately, Jack gets assigned to one of the more normal guests, Alison K. He deduces that she is a famous singer, an analog to Lady Gaga, though he's not familiar with her work. Even her speaking voice betrays this; her whole body is resonant, like a bell. She's also a competent fly fisher, though not as competent as Jack. Were he not so grounded and aware of his place in the order of the world, he could go for her. But he's too professional for that.

Yet spending all those hours in the woods together lends itself to a kind of intimacy, and soon Jack and Alison, not quite a couple, are at least a team. And she has noticed odd things going on around these parts too. Some of it — like the weak young woman running from the property in a hospital gown — cannot be ignored. They mean to sleuth together.

The book feels a little overcooked at times — Heller is obviously passionate about the outdoors, and some of his descriptive passages read like Norman McLean first drafts.

Others are quite nice:

The clouds sailed together and multiplied, so that by late morning the sky was a running scud of overcast. The air over the river seemed relieved of relentless sun and released a wealth of summer smells — the damp of exposed roots, the faint sweetness of black-eyed Susans, a watery scent of crushed horsetails. And rain.

As a plain old thriller, it holds your interest, though the first ending (there are several) feels abrupt and anti-climactic, and the final one reads like one of those after-the-credits scenes they splice onto the end of a comic-book movie to foreshadow coming events. Heller writes balanced sentences, but he doesn't always seem to have a handle on the way people really talk.

And Jack, well, he seems to be whatever he needs to be at the moment, cycling through phases of super-competence and frailty. Yes, he's familiar with Basho's "Narrow Road to the Deep North"; he keeps a copy of it in an apple box in his truck along with other favorite books.

"The Guide" isn't likely to make it into my apple box anytime soon, but it's a serviceable thriller. Its flaws are at least ambitious; the only real sin Heller is guilty of here is overreach. And stretching is a way to grow.